France Télévisions chooses WHATS’ON to manage linear and on demand

French public broadcaster France Télévisions has chosen WHATS’ON, the broadcast management system from Mediagenix, to replace its current BMS and manage all its linear channels and on-demand services in a unified process. 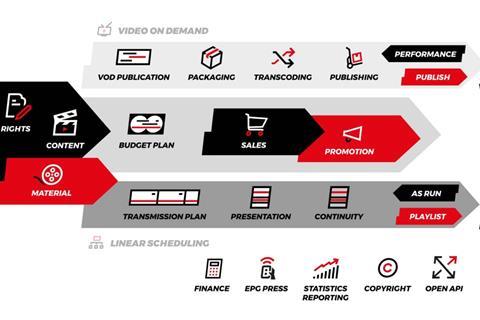 With more than 9,000 employees and operating multiple TV channels on international, national, regional and local levels, France Télévisions is the biggest broadcaster in France in terms of size, produced programmes and global ratings. Its current BMS are used by over 1,000 users, but need replacing.

Guillaume Postaire, media factory director, France Télévisions, said: “Our broadcast management systems were built more than 10 years ago, two of them in-house. They need rethinking to cope with the current standards and enable the development strategy and ambitions of France Télévisions. After scouring the market we realised that a vendor solution was a viable option and initiated a public tender process.”

The tender process was intensive and detailed, even more so after Mediagenix was shortlisted. François Xavier Schlesser, Mediagenix business development manager, explained: “After over 15 intensive online meetings in the midst of the pandemic, in excess of 30 videos, more than 80 documents and a 280-page reply to the requirement list, we were very happy to hear that Mediagenix was elected the preferred choice of France Télévisions.”

“Demos and workshops have demonstrated that WHATS’ON is able to manage such complexity,” added Schlesser. “Thanks to nearly 30 years of co-development with our customers, we are confident that WHATS’ON is the most powerful solution on the market, able to cope with the complexity and particularities of many markets. France Télévisions will enjoy full benefit of our flexibility to increase efficiency, streamline processes, align workflows and ensure their further development in both the broadcast and on-demand world.”

The project team started by focusing on the national channels first. The regional and local channels will be integrated in a second step.