A new suite of HDR processing and conversion solutions for the greenMachine platform will be on display on the Lynx Technik stand at IBC2019.

The most recent addition to its HDR line-up is HDR Evie+, an enhanced version of HDR Evie, which was officially launched earlier this year. HDR Evie+ uses segmented frame-by-frame algorithms, allowing adjustment of each segment (144 segments/frame) of the HD or 4K HDR content in real-time. 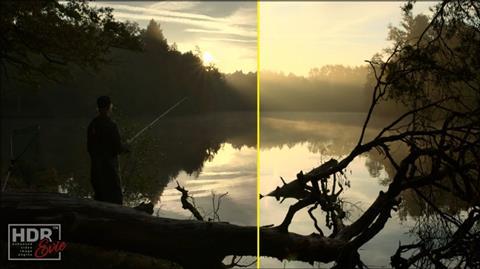 HDR Evie uses proprietary frame-by-frame algorithms to analyse and convert HD or 4K HDR video to SDR video in real-time and displays images as they would actually be seen.

Lynx said that until now frame by frame corrections were only possible by manually applying correction metadata to each frame which is then utilised during live playback; a non-real-time process, both time consuming and expensive.

HDR Static is universal and adaptive in that it supports real-time static HDR conversion between SDR and HDR, HDR and SDR, as well as between different HDR standards.

It accomplishes this with sophisticated algorithms and by automatically applying colour and contrast corrections across the specified images and content to deliver greatly enhanced images. This is effective for fixed, predicable applications such as TV studio production.