Sencore has announced a number of enhancements to its VB330 and VB380 software-based video monitoring probes. 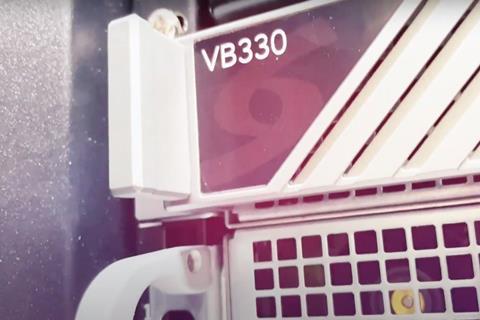 Sencore: Version 6 software brings a number of new features to the VB330

The first is the release of version 6 software, bringing with it a number of new features. In addition to the 2000 streams that were already supported for monitoring, version 6 software expands the number of engines for simultaneous ETR 101 290 monitoring to 1000, making it easier to simultaneously monitor all the layers of video streams and especially the MPEG layer. The release also expands the number of OTT services that can be monitored to 1000, making it suitable for finding problems with the ever-expanding internet video delivery methods. The other big scalability improvement in the new software is officially expanding the monitoring capability of the VB330 software probe from 10 Gigabits to 20 Gigabits worth of multicasts and OTT streams, with an option to expand even further to 50 Gigabits.

In addition to expanding the current capabilities of the VB330 and VB380, version 6 software adds two new features. The first is Quality of Experience (QoE) monitoring for 1000 services simultaneously. This feature checks for content-related issues such as freeze frame, black frame, audio loss, audio loudness, closed caption issues and MOS scoring. Archiving and timeline capabilities have also been added to the VB330 and VB380 to give customers a simple way of looking back at stored archives of video thumbnails, closed captions, audio loudness measurements and MOS scores for up to two years to satisfy regulatory compliance and general troubleshooting needs.

Sencore has also introduced the VB330-Appliance pre-installed server option. Customers continue to be able to install the VB330 software probe on their own server hardware, but now Sencore offers a purpose-built, pre-configured and fully tested server appliance with the VB330 software installed and ready to monitor streams right out of the box.