‘The crypt’ gains an acoustic afterlife with Genelec 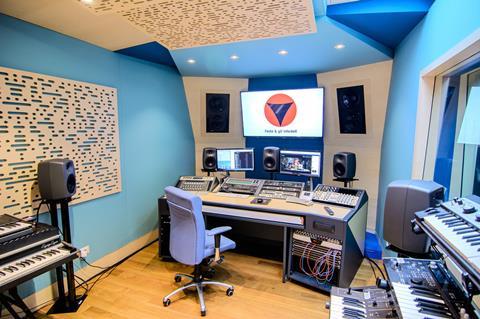 Complex: The room had a number of acoustic challenges.

The studio, which De Robertis had been using for his twin passions of cinema and music, is located in the countryside near the Italian town of Lucca. The composer had nicknamed the small, acoustically challenging space ‘Loculo’ – literally, ‘the crypt.’

According to Donato Masci, CEO & acoustic designer of Studio Sound Service, the project was very complex because the control room was in a very narrow area with skylights and a low ceiling, and all of the walls were concrete, which created a significant booming effect.

Masci used Genelec’s GLM software to configure and calibrate the system. “GLM is critical when monitors are flush-mounted in a solid wall – in this case the low frequencies were raised by as much as 12dB – but GLM controls the effect perfectly,” he said.

The complete reinvention of the interior was so dramatic that De Robertis has now renamed the studio Aldilà – meaning ‘Afterlife.’

According to De Robertis, the new studio required some changes in the way that he works: “My ears had to adapt to having perfect acoustics and perfect sounding speakers. But the transition was easy. The definition and quality of the sound remains unchanged right across the entire frequency range.”