IBC2018: Advertisers as well as TV and the sports production industry should wake up to the huge potential of eSports says MTGx CEO Arnd Benninghoff.

MTGx CEO Arnd Benninghoff has outlined the next stage in Modern Times Group development of eSports, which includes attracting more big brands to get involved in what is a fast-growing digital industry. 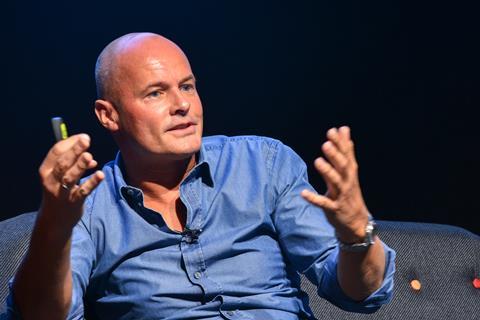 So far big brands, with the exception of Mercedes, have been slow to get involved in eSports gaming, despite the obvious mass appeal of team-based online games such as League of Legends, which has proved it can attract huge audiences to its live tournaments.

“It took us time to convince Mercedes who were interested in appealing to the 16-30-year-old demographic. We need more of these guys to be front runners and take risks, but risk taking is never really rewarded in a corporate environment.”

The name of the game for MTG’s digital division is to involve more sponsors without alienating the core fans, who have a strong aversion to any corporate sponsorship that lacks authenticity, said Benninghoff. “You want to do the best for the community but if you mess with it then they are gone.”

Mercedes’ involvement, which includes backing several eSports tournaments across global markets, has been well received by fans and has resulted in a long term contract, said Benninghoff.

He added that MTG had no plans at present to offer key eSports gaming properties to fans on an online subscription basis, following the much publicised boxing bout between YouTube stars Logan Paul and KSI – which was streamed live for £7.50 with 870,000 paying for the fight.

“There is potential – but for the time being it’s key to us that eSports content is free and on as many distribution platforms as possible. Let’s not force a business model on eSports that is not applicable.”

Benninghoff said that his strategy at MTG was to work with games developers to build the company’s credibility in the industry. “We have to work more closely with developers, because it gives us credibility in a marketplace which is all about authenticity. It answers the question, ‘Why are you in the gaming industry if you don’t’ develop?’”

“Most of the value in eSports currently resides with the games publishers, so we aim to work with them to develop games into global leagues with a pyramidal structure and to turn them into events which will work in a wide range of global markets. At the bottom are amateurs who over time can progress to become professional eSports players.”

“We often tell the story of their progress from zero to hero – from amateur to professional to legend. You have to do that with every single game. These players are the rock stars these days, not the nerds.”

Benninghoff said that the traditional entertainment and sports production industry, which has so far been wary of eSports, should wake up to its potential. “It can be so much bigger and can offer levels of engagement that conventional sports would be happy to have.”

But producing successful programming around eSports gaming and tournaments was “a totally new world’, said Benninghoff. “When producers see eSports in game production, they realise it’s much more complicated than traditional TV sports production. We have to learn how to navigate this digital world with a new set of production skills.”

“eSports is totally new and can become the sport of Millennial viewers, but it is so disruptive – entertainment built around people watching other people playing online games!’”

“MTG’s motivation for being involved is it will transform our business.”