The DVB has stepped up its efforts to help shape the way that virtual reality (VR) content is delivered to audiences.

Following the publication of the DVB Virtual Reality Study Mission Report led by David Wood, the CM-VR group is now promoted from Study Mission to official CM group and will start its work on drafting commercial requirements for a DVB VR system. 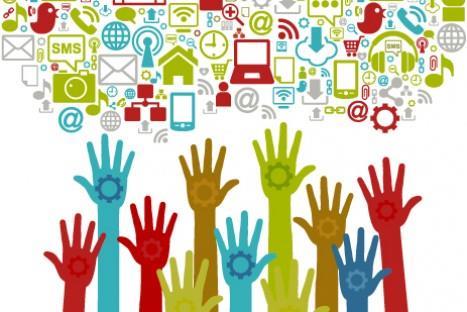 VR is an exciting opportunity for content creators, and of course for those who deliver not just content but experiences to audiences.

EBU’s David Wood said “virtual reality is a technology that replicates an environment, real or imagined, and simulates a user’s physical presence and environment to allow for user interaction.

”Virtual realities artificially create sensory experience, which in principle can include sight, touch, hearing, and smell.”

Advances in technology will support the enablement and development of this opportunity.

Engaging consumers in a unique visual and engaging experience was once futuristic is now a certainty through accessibility of virtual reality with the likes of the Oculus Rift and the Sony PlayStation VR headset.

However, the industry needs to develop standards in order for the commercial perspective to succeed, including the distribution of VR devices.

The DVB CM-VR group has been created to fill this gap as well as define and agree on commercial requirements for the distribution of VR experiences to audiences through DVB services.

VR is a complex topic and in order to move forward, DVB will approach the work in phases.

The work will take place as the market continues to evolve and core technologies are developed and standardised by SDOs, for instance through MPEG. For this purpose, the CM-VR group will continuously run activity aiming to ensure it is in sync with both the market and state of the art technology development, similar to the work that has been done in the context of the CM-VR Study Mission Group which resulted in a significantly valuable deliverable for the industry.

With the conclusion of the Study Mission, a first phase was launched with a focus mostly on VR/360 experiences delivered to untethered devices, ie those which can fully implement a VR/360 playback. The objective for the CM-VR is to indentify stable commercial requirements for this first phase by IBC2017.

”We estimate that by 2020, this will represent a revenue larger than $6B, with arcade games already widely deployed in China and VR theme parks being opened progressively” - Thierry Fautier

These will be approved by the DVB Commercial Module and Steering Board, before being passed to the Technical Module to begin its guidelining work. The CM-VR will then move on to phase 2, focusing on tethered devices, such as those with different playback paradigms (e.g., decoding on one device, rendering on another one).

The objective for phase 2 is to have stable requirements ready by CES 2018, for approval by the DVB Commercial Module and Steering Board. In the longer term, the CM-VR group will also look at advanced VR experiences including, for instance, 6-degrees-of-freedom.

“We estimate that by 2020, VR will generate between $1.0B and $1.4B revenue, the largest application being live sports. VR theme parks & VR arcade games will be a lucrative business for both games and video and will, just as GPS was democratised with car rental, help evangelise VR,” said Harmonic VP Video Strategy, Thierry Fautier.