Exhibitors have pinned hopes on the Avatar sequel to boost end of year takings after a disappointing 2022 at the box office. Many big studio films have been delayed by Covid or pushed back into 2023. 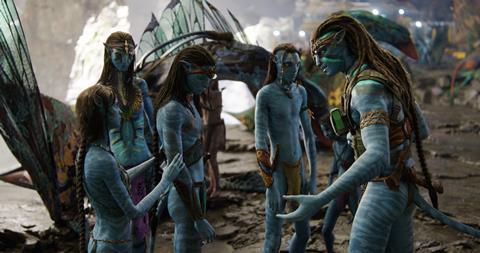 Avatar: The Way of Water will need to make $2 billion to break even

Avatar: The Way of Water, which has been 13 years in the making, took marginally less than its $500 million target.

It’s not the highest grossing opening of the year so far, with Doctor Strange in the Multiverse of Madness generating $442 million worldwide from its opening weekend.

While the numbers came in lower than projections, it has a good chance to draw large family audiences over the Christmas and New Year’s holidays. The film has little major competition until February.

Cameron has said The Way of Water will need to make $2 billion just to break even. Disney has not disclosed the budget and marketing costs.

The original Avatar, released in 2009, is the highest grossing movie of all time with a $2.9bn box office.

The success of the first film was due to its longevity, so the sequel could follow the same trajectory.

The Way of Water is the second instalment in a planned five-film franchise, with filming for the third entry already underway.