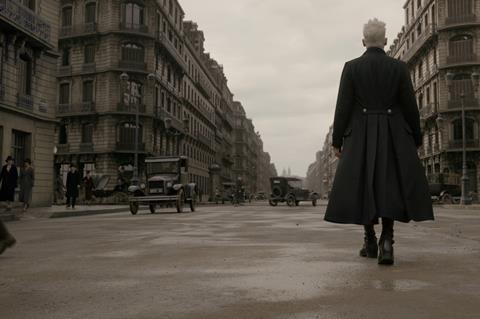 Linear TV: Suffering due to increased repeats of TV shows and films such as Fantastic Beasts and Where to Find them

Enders Analysis has warned that linear TV viewing is heading back to 2019 levels after a big boost earlier this year due to coronavirus lockdown measures.

In a new report titled “Broadcast television: troubling trends in lockdown,” the firm said that fatigue around Covid-19 news, along with a growing “staleness” of TV schedules caused by content supply struggles, are behind the decline.

By comparison, it found that the streaming and gaming sectors have held on to much of their lockdown growth – and that this is likely to inform future viewing trends.

Enders says that at the beginning of lockdown, both traditional linear viewing and unmatched TV set use—time when the TV is used for purposes other than live or catch-up viewing within 28 days of broadcast —experienced similar uplift.

This equated to about 40-45 minutes extra per person per day, but unmatched viewing rose greater proportionally. For weeks 12 to 16 (16 March-19 April), while live and catch up viewing had risen 23% year on year, unmatched was up 75%.

Much of the initial boost to linear television was to news broadcasts and daily COVID-19 updates from the Government, says Enders, adding that this uplift “was always going to be temporary.”

Enders also said that Covid-19 has removed some of television’s biggest attractions from screens, including Love Island, and the planned Euro football championships and Olympic Games. “These will all return, but in the meantime, they leave gaping holes in the schedule.”

With production stalled, Enders also says schedules have gradually been populated with more repeats which have spread to the primetime slots on the major channels.

It notes that in recent weeks, ITV has used the key Sunday 9pm primetime slot to play an episode of Maigret (from 2016), the first episode of 2017’s Little Boy Blue, which was then  stripped across the week, the film Fantastic Beasts and Where to Find Them, which was shown twice on ITV2 in 2019. and a premiere of Jurassic World: Fallen Kingdom.

“The weakening of linear television in primetime due to increased repeats—along with weariness around programming that looks like a Zoom meeting—is likely to have contributed to the recent relative poor performance in those timeslots versus unmatched TV set use,” says Enders.

By comparison, Enders notes that if a release is delayed on Netflix, subscribers will probably just watch something else from the library, none the wiser.

Enders also thinks that post-Covid-19 the likes of Netflix are likely to take a bigger share of the available viewing pie due to changed viewing habits during lockdown.