Motion Pictures Laboratories (MovieLabs) has published the first version of a common ontology for production technologists designing software-defined workflows for the media and entertainment industry.

The Common Connected Ontologies for Production (CCOP) provides a conceptual framework and a set of defined terms to enable both people and software to communicate unambiguously with greater data interoperability. 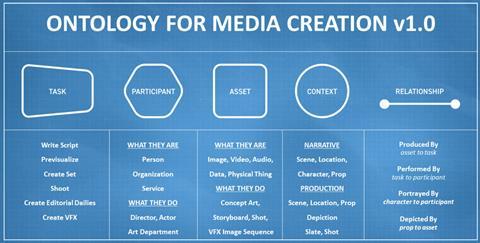 The need for a common ontology is driven by the complex world of media production, in which different production participants and software tools rely on unique sets of concepts with various definitions, introducing the potential for confusion and error when the same word has different meanings in different contexts or tools.

The ontology defines specific terms for VFX sequences, VFX Plates, and grouping of required assets—terms and concepts which allow any VFX process to communicate with the rest of the production workflow in a consistent way. The goal is to improve the efficiency of human-to-human as well as machine-to-machine communication in the production process, whether in verbal or visual form. In the case of software, the ontology is a foundational for the development of interoperable schemas for data exchange and APIs.

This v1.0 release is scoped to support general communication about workflows and includes documents covering connected ontologies for:

Future releases and documents will address additional use cases and include schemas for data exchange. An accompanying dictionary provides synonyms for terms and concepts with different names in other territories (for example, the different meaning of series in US and UK broadcast television).

Richard Berger, chief executive, Movielabs, said: “Software-defined workflows are a fundamental part of the 2030 Vision which MovieLabs launched two years ago, envisioning a future where all production processes take place in the cloud with streamlined and more efficient creative workflows. 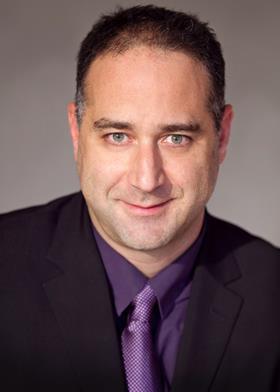 ”In order for software-defined workflows to be integrated into the production process, all pieces of the workflow need to communicate with each other in a predictable manner.

”We created the ontology to aid the communication between humans, machines and automated processes. The adoption of this ontology will deliver consistent communications which will save time within the production process and also reduce the chance of misinterpretation and error.”

Bill Baggelaar, EVP & CTO, Technology Development, Sony Pictures Entertainment and EVP & GM, Sony Innovation Studios, said: “The Common Connected Ontologies for Production is extremely important work that addresses challenges that we have had since the dawn of digital production: How do we name and tag a media file so that others can understand what it is?

”The ontology will bring clarity to our current production data and processes, as well as provide long-term value as we move our archives into cloud-based systems.”

”When we have assets stored in the cloud with hundreds, perhaps thousands, of applications and creatives working on them simultaneously, it’s important that all ecosystem players – cloud operators, software companies, service vendors and productions—communicate seamlessly.”

Jamie Voris, CTO, Walt Disney Studios, said: “With industry adoption, the Common Connected Ontologies for Production will facilitate the interface between different applications and remove ambiguity found in everyday language. This is an important step in our ongoing industry collaboration intended to help our suite of tools work better together and communicate software-defined workflow concepts in a common way.”

Annie Chang, Vice President, Creative Technologies, Universal Pictures, said: “We believe that to achieve the MovieLabs 2030 vision and to help our productions become as efficient as possible in this digital world, we need to start with a common language that can be used to translate between different applications and systems.

”This Common Connected Ontologies for Production will enable tools and services to ‘talk’ to each other, allowing our creatives to spend more time focusing on their creative storytelling and less on the manual exchange of information between systems and databases.”

Renard T. Jenkins, VP, Production Integration & Creative Technology Services said: “Microservices are a key component to our present and future production architecture. In order to facilitate the interoperability that is required to support those designs, we need to have a common language. The Common Connected Ontologies for Production is designed to fill that need.

”Our work is focused on helping make great content by enabling creatives to communicate and collaborate faster with other crew members and vendors. If we can eliminate complications and miscommunication, we can enable creatives to spend more time doing what they love with tools and services that understand the nuance they’re communicating.”