Netflix has opened an office in Italy and unveiled a slate of scripted and unscripted series and films from some of the country’s leading producers.

Based in Rome, the new Netflix office will be home to around 70 staff. The streamer currently has European offices in the UK, France and Spain, and recently opened a base in Poland. 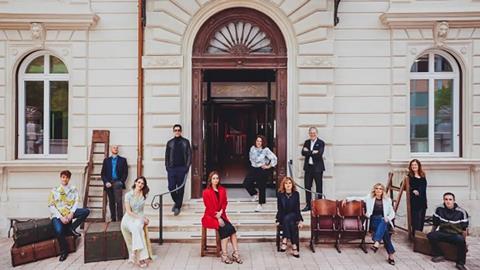 Netflix said that the new base cements their “long-term commitment to the country, the creative community, and Italian consumers.”

The move comes as Italy currently considers a law which would require streaming services to invest 20% in local content.

“The breadth and variety of our Italian slate perfectly represents our ambitions – new series, films, documentaries and unscripted shows from Italy’s most prestigious creatives and exciting new voices. Stories that are Made in Italy and watched by the world,” said Netflix co-CEO Reed Hastings.

Highlights of the streamers’ slate include a new series inspired by Italian classic The Leopard, to be helmed by The Serpent director Tom Shankland.

Other series coming up from Netflix’s Italian operations are I Hate Christmas, a holiday series from Fremantle’s Lux Vide; an untitled animated series from Tear Along The Dotted Line creators Zerocalcare; and Lotto Gang from BIM Produzione and Feltrinelli Originals, a limited series loosely based on the true story of the biggest lottery scam in Italian history.