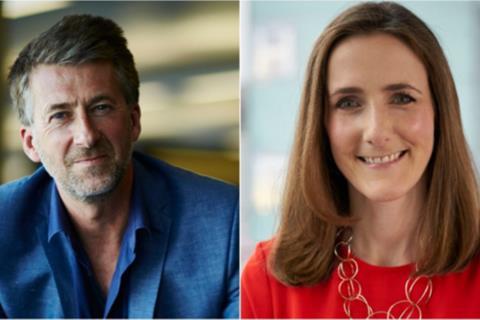 Banijay has unveiled a new leadership structure for its UK operation, following its recent acquisition of Endemol Shine Group.

Richard Johnston, current CEO of Endemol Shine UK, will leave the business as a result of the restructure. Johnston was appointed CEO in January 2015 having overseen the merger of the Endemol and Shine companies in the UK.

Salmon will oversee Banijay UK’s portfolio of 25 unscripted and scripted production labels, with a focus on content and creativity, while Hicks will run the business’ day-to-day operations.

Banijay said the pair will work together to devise and implement the integration plans to combine the Endemol Shine and Banijay production labels by the end of 2020.

Salmon joined Endemol Shine Group in 2016, and as CCO, oversaw the creative operations across the business worldwide. Previously, he held senior leadership positions at the BBC, Channel 4, Granada TV and The Television Corporation.

Hicks, who reports to Salmon, was appointed COO of Endemol Shine UK in March 2015. Prior to this, she was joint MD at Dragonfly, having previously fulfilled a number of commercial, strategic and operational roles at Shine Group, Channel 4, FremantleMedia, and the BBC.

Marco Bassetti, chief executive officer of Banijay, said: “Already heavily engaged in the country’s business and tapped into much of its network, Peter and Lucinda were in a prime position to take the group through the next stage of its journey.”

Peter Salmon commented: “It’s a great moment to land one of the biggest production jobs in the world. Having worked across our UK slate from a global perspective for nearly five years, I know how exciting the shows and producers are.”

Hicks added: “It’s great to be combining this tremendous talent, entrepreneurialism and IP under one roof. It has been a pleasure working with Richard over the last few years.”