Pixomondo, which is known for its work on premium content including Sony Pictures Television’s The Boys, as well as Game of Thrones, House of the Dragon, and the upcoming Avatar: The Last Airbender, maintains three LED sound stages and seven offices in the US, UK, Germany, and Canada. 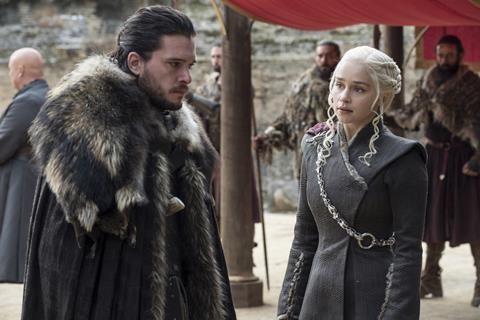 Pixomondo, known for Game of Thrones, has been acquired by Sony Pictures Entertainment

The firm will continue to be led by CEO Jonny Slow, who will report into Ravi Ahuja, Chairman of Global TV studios and SPE corporate development. Under the deal, SPE has acquired 100% of Pixomondo.

Mayfair invested in Pixomondo in July 2018 to support the transformation of the Company from a post-production VFX provider to a tech-enabled production services business with integrated workflows.

Mayfair helped fund the expansion of its VFX team, and provided additional investment to fund the development of Pixomondo’s virtual production capabilities and LED Stages.

The acquisition of Pixomondo, alongside Sony Pictures Imageworks and Sony Innovation Studios, enhances Sony’s presence in the virtual production space and adds to its visual effects capabilities for TV and film.

The deal comes on the heels of Sony Innovation Studios unveiling its first LED sound stage on the Sony Pictures Studios lot in Culver City, earlier this month.

“Sony’s legacy, and creativity-driven technology strategy, means that our company has found a home where it can truly thrive,” said Slow. “With Mayfair Equity Partner’s support, we have been able to successfully craft a leading and specialist position in the fast-growing VFX market. We thank them for all their support in achieving our growth ambitions. We look forward to continuing to innovate in the virtual production and VFX space with our clients over many years to come.”