Streamers dominate at the Emmy Awards

Netflix’s royal drama The Crown and chess hit The Queen’s Gambit as well as Apple TV comedy Ted Lasso and were the big winners at the ceremony. 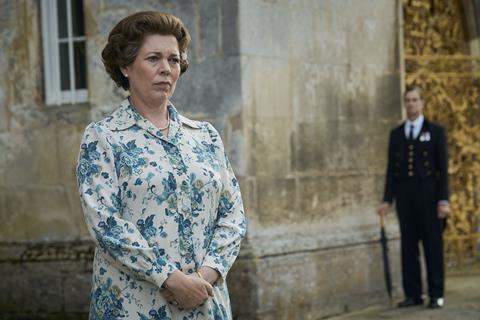 The Crown: Netflix series triumphed at the Emmys

The fourth season of The Crown won seven awards in total, including best drama and also dominated in the acting categories with prizes for Gillian Anderson, Olivia Colman, Josh O’Connor and Tobias Menzies.

Apple TV Plus made history by becoming the quickest ever streamer to land a series prize for Ted Lasso — in just its second year of operation. It won four prizes including best comedy series, while star Jason Sudeikis won the top award for comedy acting. Co-stars Hannah Waddingham and Brett Goldstein won best supporting actress and actor.

Elsewhere, Michaela Coel won best writing for a limited series for I May Destroy You. Kate Winslet and Ewan McGregor were named best limited series actress and actor for Mare of Easttown and Halston respectively.

The 73rd Primetime Emmy Awards took place in Los Angeles on Sunday and saw most nominees attend in person.

Netflix’s combined total of 44 wins this year meant it was far ahead of its nearest competitor - HBO and its HBO Max streaming service with 19.

It’s the first time Netflix had won more Emmys than HBO, which has dominated the ceremony for years. Disney+ was third on 14, while Apple TV won 10.