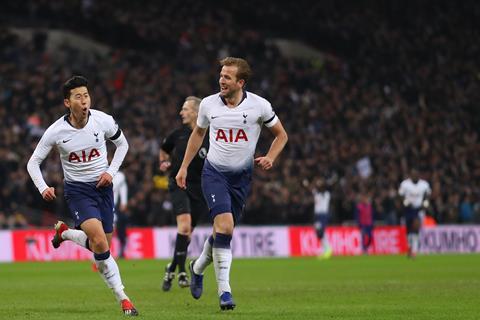 Interactive: Football returns with new innovations to bring fans together

UK broadcasters have unveiled new plans to boost interactivity and simulate the impact of a crowd for live coverage of Premier League games when they return later this month.

The UK’s premier football tournament is due to return on 17 June after games were postponed due the coronavirus, but the rest of the Premier League season will be played behind closed doors, with all games to be broadcast by Sky Sports, BT Sport, the BBC and Amazon Prime Video.

Viewers will be given the option to watch games with the sound switched on or off across Sky Sports’ remaining 64 games, 25 of which will be made available for free.

Sky Sports managing director Rob Webster said: “With live sport on hold for over two months, we’ve spent a lot of time thinking about how we broadcast in new ways to bring fans together, even if they can’t meet up to watch the match.

“Sky has always been a leader in innovative sports broadcasting, and we’re excited by this opportunity to share something really special with the whole nation. We want Sky Sports viewers to still feel it all and have the best possible viewing experience – even if they can’t be in the stadiums or watch with their family and friends.”

Innovations from BT Sport includes the use of optional pre-recorded dynamic crowd noise, which can be activated using the Red Button.

BT Sport will continue to air games in 4K HDR through the BT Sport App, an innovation it launched for the 2019/20 season.

Simon Green, head of BT Sport said “We are pleased that the Premier League resumption will give viewers a packed schedule of live football in June as the sport makes its return. With every fixture from the Bundesliga, twenty Premier League games and the return of the FA Cup, BT Sport viewers will be in for a football packed summer.  We are looking forward to broadcasting live domestic football again and bringing some new innovations to our customers to give them the best viewing experience possible.”