The UK government has frozen the BBC licence fee for two years and is to embark on a major review of how the public service broadcaster is funded.

Despite rising inflation and programming costs, the BBC’s licence fee will remain at £159 per household until April 2024 before again rising in line with inflation until 31 March 2028. 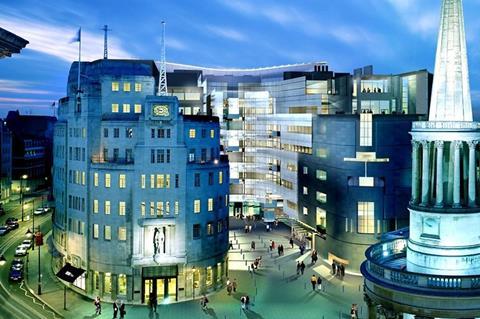 Announcing the moves, Culture Secretary Nadine Dorries said: “This is a fair settlement for the BBC and for licence fee payers. The BBC must support people at a time when their finances are strained, make savings and efficiencies, and use the billions in public funding it receives to deliver for viewers, listeners and users.”

The settlement means that the BBC is expected to receive around £3.7 billion in licence fee funding in 2022. The BBC also receives more than £90 million per year from the government to support the BBC World Service. The government has also allowed the BBC’s commercial arm, BBC Studios, to double its borrowing limit to £750 million.

Welsh language broadcaster S4C will receive a similar settlement, but will be allocated n extra £7.5 million a year to develop its digital offering.

In a statement, BBC director general Tim Davie and chair Richard Sharp called the settlement “disappointing” for both licence fee payers and the UK cultural industries.

“The BBC’s income for UK services is already 30 percent lower in real terms than it was ten years ago,” they said. “We will set out the implications of the settlement later, before the end of the financial year, but it will necessitate tougher choices which will impact Licence Fee payers.”

Critics says that Dorries and the ruling Conservative Party are ideologically opposed to the BBC, accusing it of left-wing bias. The opposition Labour Party also said that the move was announced to distract from days of negative media publicity for Prime Minister Boris Johnson, who has been criticised for parties that took place in 10 Downing Street during Covid-19 lockdowns.

Over the weekend, Dorries suggested she wanted to scrap the licence fee, tweeting: “This licence fee announcement will be the last. The days of the elderly being threatened with prison sentences and bailiffs knocking on doors, are over. Time now to discuss and debate new ways of funding, supporting and selling great British content.”

The DCMS confirmed on Monday it was reviewing how the BBC will be funded from 2028: “In light of the huge changes in the broadcasting landscape over the past decade with the arrival of streaming and video on demand, the government will also separately consider whether the licence fee will remain a viable funding model for the BBC. No decision on the future of the licence fee has been made.”

In reply, Davie and Sharp said: “We actively look forward to the national debate on the next Charter and, of course, all options should be considered. The BBC is owned by the public and their voice must always be the loudest when it comes to determining the BBC’s future.”