Ian had been recovering from treatment for bladder cancer but passed away suddenly after the cancer returned. 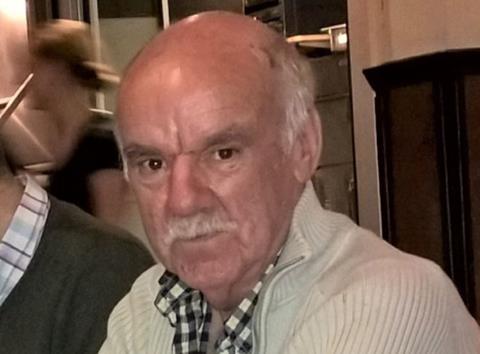 Ian was a familiar face to many in the broadcast technology and audio visual industries, having worked on the IBC and ISE Daily newspapers for many years as well as a host of the industry’s websites and trade titles, including IBC365, TVB Europe and Installation. Most recently, he covered halls 1, 4 and 5 of the RAI for the IBC Daily website.

A much-loved, diligent and highly knowledgeable writer, McMurray combined his freelance journalism with PR work, including working for Abaco Systems, a manufacturer of open architecture computing and electronic systems.

In his own words, Ian started his 40-year career in the technology industry “back when 4K wasn’t the latest TV resolution — it was as much memory as you needed to write a complete, integrated accounting system for a computer”. He started life as a mainframe salesman before moving into marketing and went on to hold a variety of European and worldwide marketing management positions, as well as occasional forays into sales training and development.

The funeral, which will take place on Thursday 1 October, will be webcast to friends and family unable to attend the service. It will then be available on demand.

In lieu of flowers, donations can be made to Action Bladder Cancer UK via JustGiving.

IBC Daily editor George Bevir
Ian was a highly valued and much-loved member of the IBC Daily team (pictured below, centre, in the IBC Daily newsroom at the RAI in Amsterdam). I took on the role of editor a couple of years ago, joining a very knowledgeable team with considerably more experience than me in pulling together five issues of the IBC Daily. I hadn’t worked with Ian before, but from day one he was extremely welcoming and always on hand with helpful – and often needed - advice. Every year, it’s always a struggle to include all the news stories that are written and so one leans on the knowledge and persuasiveness of the writers, and with his vast experience, knowledge and wit Ian was always able to gently but firmly make the case for all his stories, which given his prolific output was no mean feat. I hope that Ian’s family and friends can take some comfort from knowing how highly-regarded and loved he was by his colleagues and friends across the industry. 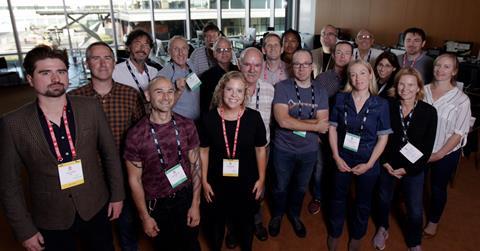 Fergal Ringrose, former IBC Daily editor
Ian McMurray came to the IBC Daily team from the ISE show. As editor of the IBC Daily I was looking for a show reporter who could turn around a large volume of stories pre-show and also be a rock-solid hall reporter at the show – always keeping in mind the pressures and requirements of each exhibitor who wanted their stories featured in the Dailies. Turns out Ian was basically the best out-and-out reporter I have worked with as editor of the IBC Daily for 14 years. He could turn the worst press release you could imagine into a stand-up story with a beginning, middle and end. At speed. All day. Every day!

And it just happened that he was also the nicest guy you could ever work with - it was always a pleasure. Quiet, self-deprecating, funny, efficient and courteous. Some writers come with an ego and like to let everyone know what a great story they have uncovered: in a large and busy IBC Daily newsroom that could at times be quite a challenge. I never had to worry about Ian - no fuss and never any missed deadlines! A lovely guy. After a hard day’s work on the Daily at the RAI, I’ll think of Ian back at ‘our local’ de Hoppe bar in Amsterdam’s Spuistraat on a sunny September evening, quietly enjoying a couple of beers. And if none of us were around to join him, he was quite content in his own company. It really was a pleasure to work with Ian McMurray, and like everyone else who knew him I am shocked and saddened by his untimely passing. Go bhfanfaidh sé i suaimhneas.

Ann-Marie Corvin, freelance journalist and IBC Daily reporter
While we weren’t in Amsterdam last week, I’ll always picture Ian out there, during IBC and ISE, in the Hoppe, nursing a pint. He usually drank on his own as he told me that he was not a big one for socialising, yet if you had a conversation with him he was really engaging especially on the subjects of freelancing and the many different industries that he’s covered. He also had an amazing work ethic, never missed a deadline and gave really good advice about covering tradeshows (when asked ) as well as how to invoice effectively for them! I will miss his unimposing presence in daily newsrooms and his generosity of spirit.

David Davies, freelance journalist and IBC Daily reporter
I first worked with Ian in the early years of the ISE Daily in the mid 2000s, and was immediately struck by his dry wit and phenomenal work ethic! In advance of every event, and at the show itself, he would generate a frankly awe-inspiring number of exhibitor stories - always concisely written and packed with detail.

Over the many years since - working on both ISE and IBC Dailies - Ian and I had many lively discussions about everything from politics to progressive rock. He was a very witty and well-informed man - I doubt that there is any other journalist with such a comprehensive knowledge of professional AV technologies - but he always wore that knowledge lightly. Quite simply, it was a delight to have known Ian and I will miss him very much.

Michael Burns, freelance journalist and IBC Daily managing editor
I’ve worked with Ian for several years, first as a fellow writer and then as a managing editor on the IBC Daily and ISE Daily, but continuously as a much-respected colleague and friend. Always the one to deliver the first story on the Dailies, and usually the one to deliver the most copy on the team (small victories he always celebrated), Ian was a very dependable and accomplished writer who I greatly enjoyed working with. His dry observations and cutting comments – the latter often directed at my directives – always made me laugh out loud. Our industry and its publications will very much miss his talent and support. I know I will.

Elliot Herman, freelance journalist and IBC Daily reporter
I’ve known Ian for three years, and while he was a relatively private person, getting to know him was a joy. He was a superb journalist with a wicked sense of humour; he knew everyone, and always had an anecdote to share. As a manager, I knew that Ian could always be relied upon if we had to have something written in an emergency; he could quickly get to grips with any topic in his field, and there were never follow up questions – a shame, as I enjoyed the excuse to go and talk to him. As a fellow journalist, I watched him come back with armfuls of swag from all his colleagues – who were, of course, also friends – out on the show floor and would watch as the stories he filed quickly stacked up. He’ll be sorely missed within the industry, and I send best wishes to his wife and family, who I know were very dear to him.

George Jarrett, freelance journalist and IBC Daily reporter
Ian was patron saint to the industry’s PR hordes. He converted the stories they fed him at great speed, and with measured comprehension of how to balance required word count and key story elements. He was undaunted by the huge numbers of exhibitors in his allocated halls, or the varied technologies they offered.

During every IBC, a posse of happy PR people came to thank Ian for their story running, and shower him with small gifts. But Ian was his own man: after every day of 20+ stories filed at the RAI, he enjoyed his early evening beer at The Hoppe pub back near the team hotel. Had I known of Ian and his awesome output when the IBC Daily started, he would have been the constant ammo man we needed so badly. The next time I go in The Hoppe, I feel certain I will see him standing at the fringe of other drinkers, gripping his beer.

Chris Forrester, freelance journalist and IBC Daily reporter
Ian’s passing is very sad news, and for all of us is a warning that time flies and we are not getting any younger! But Ian was MUCH too young to be taken from us and his family. He was invariably one of the very first to arrive at the office and was always there with a joke and a comment on the day’s news - and perhaps a light-hearted grumble about Dutch coffee. But more than any of this he really was a super nice guy, a total professional, and we will all miss him.