The revolutionary transition to an all-IP video production workflow

The biggest impact of IP will be to live production workflows and the engineering skillsets required to manage them, says Paul Robinson, CTO, Video Product Line, Tektronix. 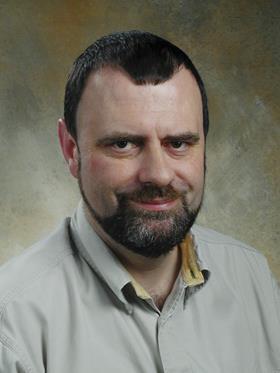 Anyone who attended IBC in 2016 will have seen evidence of the enormous technological changes that are beginning to impact the broadcast industry.

Some changes such as 4K/UHDTV, High Dynamic Range and High Frame Rate video are evolutionary, but the transition to an all IP video production workflow is now regarded by many as a revolutionary and disruptive technology change that will demand entirely new engineering skillsets and infrastructure.

However, possibly the biggest impact will be to live production workflows and the engineering skillsets required to manage those workflows.

Although many see IP video as new technology, in fact production is the last remaining stronghold for SDI and that is set to change and with it the skillsets that have dominated video engineering for many years.

Deployment of IP video networks in production and other operational applications exploits the ability to use Commercially Off-The-Shelf (COTS) IT-based infrastructure, which takes advantage of the economies of scale of the IT industry when compared with the relatively small broadcast industry.

Additional advantages of reducing cabling cost and weight along with the much greater routing flexibility mean that in many parts of the world, trials, proofs of concept and early deployments of IP video are already in place.

Having said this, IP does bring with it technical challenges, including jitter; latency; the risk of dropped packets, an inherent lack of synchronicity along with asymmetry which results in different path delays upstream and downstream. Also, IP is a complex set of bi-directional protocols requiring a knowledge of both the source and destination before deployment.

One issue that has to be addressed by any broadcaster that is deploying IP for video production applications is to recognise that this is effectively the collision of the two worlds of video engineering and network engineering.

Video engineers are used to and comfortable with the use of SDI, coax., patch panels, black burst and tri-level for timing and above all, signal quality. The challenge for the video engineer is to understand IT technology and impact of an IT infrastructure on the video.

On the other hand, network engineers are familiar and comfortable with, IP flows, protocols, network traffic, router configuration and Precision Time Protocol and NTP for timing. The biggest difference however is that in most data center applications, lost data can be re-sent – this is not the case with high bitrate video.

The challenge for the network engineer is in understanding video technology and its impact on IT infrastructure. It is clear that the onus of responsibility is on vendors to supply equipment and software that is usable by both video engineers and network engineers.