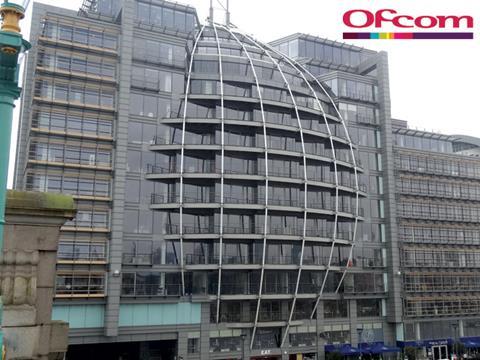 Ofcom has fined the Russian government-owned international television network RT £200,000 “for serious failures” in adhering to the UK’s broadcasting rules.

The UK regulatory and competition authority Ofcom’s investigation found that RT “failed to preserve due impartiality in seven news and current affairs programmes between 17 March and 26 April in 2018.

”Taken together, these breaches represented serious and repeated failures of compliance with our rules. We were particularly concerned by the frequency of RT’s rule-breaking over a relatively short period of time.”

The programmes were mostly in relation to major matters of political controversy and current public policy, according to Ofcom. The breach focussed on the UK Government’s response to the events in Salisbury Skripal poisoning and the Syrian conflict.

Ofcom has also forced RT to broadcast a summary of the Ofcom findings to its viewers across its network.

On the financial penalty, Ofcom said in a statement: ”We consider this sanction to be appropriate and proportionate. It takes into account the additional steps that RT has taken to ensure its compliance since we launched our investigations; and that we have not recorded any further breaches of our due impartiality rules against RT to date.”

RT claims that the decision is wrong and has challenged it in court; Ofcom will await the conclusion of RT’s application for judicial review of breach decisions before enforcing the sanction.

In response to the ruling, RT called the fine “inappropriate and disproportionate.”

Last December, Ofcom found that in seven instances over the year RT failed to adhere to the British impartiality rules when covering controversial issues like the Skripal poisoning and the role the US played in the war in Syria.

Last month, the London High Court allowed the case to proceed despite Ofcom claiming that RT’s case had no merit.

RT’s press service said: ”It is very wrong for Ofcom to have issued a sanction against RT on the basis of its breach findings that are currently under Judicial Review by the High Court in London.

”RT went to court over Ofcom’s December findings against our network because we believe that they were reached in a manner contrary to the law and were wrong.

”Last month we received confirmation from a judge at a hearing in the High Court that, despite Ofcom’s opposition, our case against Ofcom should proceed.

”And while we continue to contest the very legitimacy of the breach decisions themselves, we find the scale of proposed penalty to be particularly inappropriate and disproportionate per Ofcom’s own track record. It is notable that cases that involved hate speech and incitement to violence have been subject to substantially lower fines.”

In 2016, Ofcom fined Peace TV Urdu £65,000 for airing public lectures, in which the Jewish people were called a “cursed race” possessing “evil genius” that wants “to bring the world to heel through the global banking network”.

The same year Noor TV was fined £75,000 for airing a sermon, during which a speaker said that killing a Jew would be an act of devotion to the will of Prophet Muhammed.

RT added: “It is astonishing that, in contrast, Ofcom sees RT’s programmes – which  Ofcom thought should have presented more alternative points of view – as worthy of greater sanction than programmes containing hate speech and incitement to violence.“We are duly considering further legal options.”