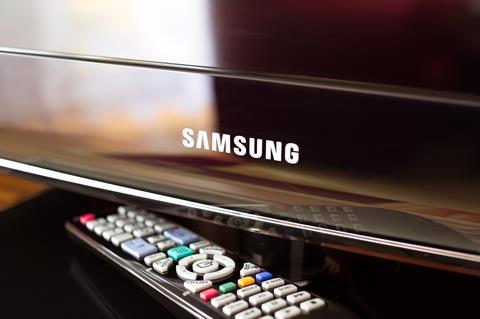 Samsung shared a how-to video on Twitter advising owners of its latest smart TVs to run regular malware virus scans but promptly deleted the post after a social media backlash.

The company shared the tweet on Sunday highlighting to its followers that “scanning your computer for malware viruses is important to keep it running smoothly. This also is true for your QLED TV if it’s connected to Wi-Fi!”

A how-to video on the Samsung Support USA Twitter account demonstrated more than a dozen remote control manoeuvres required to access the sub-menu needed to activate the check, according to the BBC.

The 19-second video guide was watched more than 200,000 times before it was deleted.

Samsung denied any specific threat had prompted the warning and claimed it posted the video for “customers’ education,” however it received heavy criticism on the social media platform.

BBC technology correspondent Rory Cellan-Jones tweeted a screen shot of the original Samsung message which led to plenty of discussion and criticism from users questioning how to virus check their smart TVs, comparisons to other devices and declarations of never using the smart features.

They’ve now deleted this but thanks Samsung for reminding me about my monthly virus check on my smart TV ( confession- I’ve never used the smart features) pic.twitter.com/Yt77Wn4Ywu

Cyber security experts reportedly criticised the tweet as “pointless advice” that would be a “waste of time” to follow.

In a separate statement to the BBC, Samsung said: “Samsung takes security very seriously and our products and services are designed with security in mind.

“Yesterday we shared information about one of the preventative security features on our Smart TVs, in order to show consumers proactive steps they can take on their device.

“We understand that this may have caused some confusion and we want to clarify that this was simply a way to inform and educate consumers about one of the features included in our products.”

In 2018 the global TV market grew 2.9% reaching 221 million units according to research from IHS Markit which forecasted shipments of UHD TVs and smart TVs to continue to grow throughout 2019.

Cyber security issues are not new to the industry and in 2018 Consumer Reports evaluated a number of smart TVs and “found them lacking in terms of privacy protection and security.”

Notably, Roku and Samsung were found to be “vulnerable” to hacking.