Sharpening AI for profit in the Brazilian market

In charge of analytics for Brazil’s huge TV Globo, Carlos Octavio wades into rivers of data while striving to transform a corporate culture. 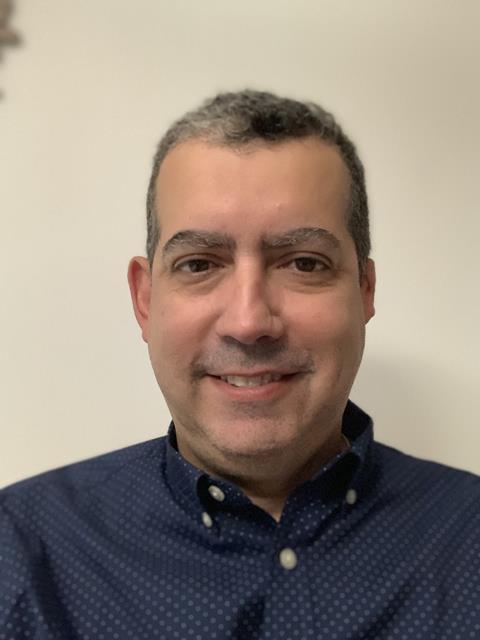 TV Globo is an undisputed giant in South American broadcasting. Based out of Rio de Janeiro with a huge footprint across the continent’s media landscape, it is arguably one of the biggest media companies in the world, reaching over 98% of the Brazilian population with a focus on news programming and original drama content.

The network’s flagship news program, Jornal Nacional, reported over 49 million domestic viewers over one evening in 2017 - dwarfing even the US viewership of annual events like the Oscars.

In Brazil, by far the biggest national television market in South America, the presence of Globo’s programming is pervasive.

The man responsible for managing Globo’s huge amounts of data is Carlos Octavio, who has held the position of Head of Technology Architecture and Analytics for over two years. Having spent the best part of two decades in management positions with Globo, Octavio has witnessed the company’s evolution and the recent launch of products like the Globoplay on-demand subscription service.

Octavio, speaking at the IBC conference session, ‘The AI/ML effect’ is at the crux of business concerns and data management, hoping to guide to company to data-driven success in an increasingly competitive environment.

Out in front
Octavio was part of the TV Globo delegation who walked away with the IBC Conference Prize in 2017 thanks to a winning paper, Big data for data journalism, enhanced business analytics and video recommendation at Globo.

“These three aspects are still strong in our product,” he explains. “We are still using public data, and one of the cases that I will probably show to the IBC panel is about public transportation in a big city like São Paulo.”

Octavio is keen to point out that the application of new technology has become core to the goals of the company. “As an organisation in the media space, we take content produced as one of our core capabilities. What we’re doing as a mediatech is maintaining this core capability but recognising the development of technology as being as important as content.”

“We are also looking to apply machine learning and AI around content, because extracting metadata automatically is becoming a reality. It opens up new aspects and opportunities, not only regarding productivity, but especially regarding advertising”.

Using machine learning to refine advertising options is a clear benefit to the company. These are most effective when laid on top of consumer data. “Knowing the persona of the person on the other side is still very important.” says Octavio.

Turning up commercial drive
As a commercial broadcaster, Globo has a simple yardstick for measuring the application of its data strategy: how well is it assisting in terms of generating profits?

“I used to say that analytics without a business purpose is just a waste of time” says Octavio. “We have to attach it to a business objective.

“It can be creating revenue with our services, it can be converting consumers to a subscription service, but it has to be attached to a business outcome.”

In the cut-throat world of TV viewership figures, Globo has had to deal with the rise of competitors that have slowly eaten into its huge share of viewers, namely through airing competing news and drama programs over the last decade. As with the North American and European markets, streaming giants have also made their impact felt.

“analytics without a business purpose is just a waste of time”

Big names like Disney Plus are among those services that have announced they will soon enter the Brazilian market.

Globo visualises using new approaches like machine learning as informative pillars that will support the business effort in this more combative environment. Octavio is clear on what the data has to provide.

“I [want to be able to] analyse the performance of a product, knowing which consumer is using it, what is my audience, and what is the revenue matrix across these information domains.

“These pillars are the ones we’re investing a lot in,” he continues. “The reason for that is due to the increased focus on monetisation. It’s our priority for the next two years.”

Working on the workforce
Change can be difficult to achieve in huge organisations without bringing a workforce onside. Octavio remains focussed on guiding the education of the company’s workforce from within.

“My biggest challenge is to help the company on its data-driven journey, with the objective of becoming a data-driven organisation,” he says. “The first priority that comes to mind is culture.”

The company’s decision to implement a digital academy across its thousands-strong workforce, to improve the grasp of what data can do was part of this drive to better educate the business wing of the company. This included educating executives on getting past the incomplete picture that data could sometimes build.

“[With] huge amounts of information, you will not have 100 per cent preciseness, and it’s not required to have that in order to make conclusions. This is, in many cases, new to the business users.

“We have the objective that everyone gets to a basic level of literacy regarding data,” continues Octavio. “We have courses available for all employees, courses on the power of AI, on the different aspects of analytics – not to have full data scientists on the business side, but rather to have a certain level of data literacy.”

This effort has borne fruit in the changing nature of the requests that Octavio is now seeing coming from the business wing. His department is now receiving requests that are now a lot more tuned-into what data and analytics can provide.

“We are receiving more business-driven questions. We have perceived that the business users are more aware of how the data can help them with business problems. This is the first sign that we are improving the data literacy throughout the organisation.”

“For me, this aspect of developing this culture is a huge part of our programme.”

The Amazon of viewer data
In the US, the dominant TV networks have often been described as being divided along political and socio-economic lines. Their viewership has been characterised into one camp or the other, liberal vs conservative, rural vs urban, and so on.

The sheer scale of Globo, and its reach across the massive market that is Brazil means that the company has to crunch massive amounts of content, and then come up with programs that appeal to a plurality of viewers.

“If you go to the social networks, you will see some polarisation,” notes Octavio. “But in terms of our audience, we are very neutral in regard to that, having a huge audience across the country. We try to reach a very diverse audience, and I think we’re doing quite a good job on that.”

Assessing the rivers of data associated with the consumption of Globo content is a challenge that Octavio still relishes, and he’s convinced that positives are still there to be unearthed.

“When you have more data available, it’s always good, not bad. In terms of planning and designing content, data is one part of that, but it’s not the whole part.”

Keen for IBC 2019, Octavio will look for an informative snapshot as to where things are moving towards on a macro-level. “One aspect I’m always looking for is the business models that are thriving, the ones that are struggling, and what are the options that media companies have, especially regarding (disruption).”

Carlos Octavio will be speaking at The AI/ML effect session in The Forum on Tuesday at IBC2019.