A number of large-scale TV events were produced in HDR in 2018, including Wimbledon, the Royal Wedding in the UK, and the FIFA World Cup, with Eurovision distributing all 64 games from all 12 venues as 150 hours of live UHD-HDR TV. 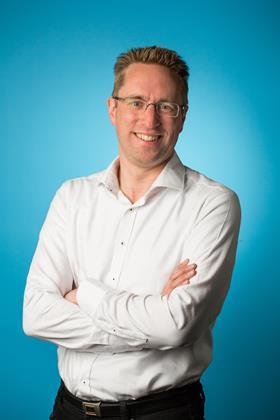 A lot of experience was gathered during this year, and the EBU is updating some of its guidance documents accordingly, including one to address an issue dubbed ‘dynamic burn-in’.

Many broadcasters are planning investments linked to infrastructures and equipment, and the European Broadcasting Union’s (EBU) Strategic Programme on Video Systems, led by Dagmar Driesnack (IRT) and Andy Quested (BBC), has received an unprecedented number of requests for assistance and expertise on HDR-related issues from its members.

To complement this, in April 2018, EBU broadcasters and leading display manufacturers met in Geneva to measure professional video monitor performance. It was a very revealing exercise that demonstrated how hard it is to actually realise the full potential of the latest television standards.

One of the most surprising issues discovered was a phenomenon described as ‘dynamic burn-in’, where monitors continue to show elements of repetitive moving images long after the signal was removed. The effect is reminiscent of the early scourge of plasma static burn-in. It is possible to reduce the effect, but the ‘burn-in’ is very screen-specific.

To give advice on how to minimise this new, HDR-related effect, the EBU is launching a revision of Recommendation EBU R129 on image retention on displays, in time for IBC2018.

Meanwhile, the EBU’s Video Systems Timed Text group has been keeping a watchful eye on the W3C’s TTML2 work, which extends the TTML standard that the EBU-TT and EBU-TT-D are based on. Especially of interest is the guidance on the mapping of sRGB subtitles into ITU-R BT.2020, for compositing subtitles on HDR content and with the right brightness.

With all of that covered, there is still one vital element missing in the chain from the camera to the home: many consumers don’t know enough about the capabilities of their TV sets, and unfortunately, the CE industry has not managed to address this problem. The EBU together with other broadcast and production organisations have recently started to work on a solution and aim to produce guidance by the end of 2018.

Looking to the future, the EBU is already testing the next elements of improved audio-visual quality. During the Berlin European Athletics Championships this August, a group of EBU members working with leading vendors came together to test live High Frame Rate (HFR) and Object-Based Audio (OBA) UHD/HDR programme production. Visit the EBU booth (10.F20) to experience content produced at the European Championships in both 1080 and 2160p/100.

The EBU believes that these tests, together with its published guidelines, clear consumer advice and other future work, will allow its members to deliver bigger,