As OTT matures, the content supply chain needs to grow alongside

The streaming video industry is racing through its adolescence and through an age-appropriate growth spurt as new OTT services launch and traditional content owners and distributors plan their entry into a market nowhere near full grown.

Consider: In 2017, there were some 401 million OTT subscribers worldwide, with researcher IHS Markit forecasting 650 million in three years. Revenues will follow and will top $120 billion by 2022, with more than 25% of the world’s households subscribing to an SVOD service, posits Juniper Research. 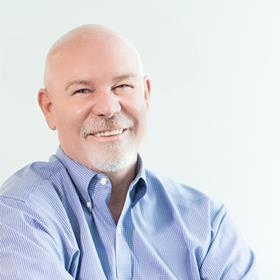 That market surge of consumer adoption is creating a ripple effect in the content world in the form of growing original content development, an expensive and long-term response to consumer demand. Netflix, Amazon Prime and Hulu alone are expected to triple their combined content investments by 2022.

In the US, pay-TV players have rolled out virtual-MVPDs like Dish’s SlingTV and AT&T’s DirecTV Now. Google has launched YouTube TV (with Apple waiting in the wings with its own entrant) and broadcasters have been fast followers. CBS All Access has a head start, but ESPN has successfully launched ESPN+ and other Disney-owned brands will launch in force this year.

More content companies will follow, of course, both big and small, as the disruption of the traditional distribution space hits the mainstream globally. And, far from squeezing niche players out, the expanding OTT universe will create opportunity for those new ‘cable networks’, designed to be über-appealing to specific audiences and, critically, to Millennials and Gen Edge viewers.

With content being produced at an unprecedented rate, it’s become more important than ever to streamline and accelerate the content supply chain; content isn’t making money if it’s not out in the marketplace.

Traditionally, the media content supply chain was a linear, siloed one. That lack of integration resulted in decreased productivity, inefficiencies, mismanagement of data … and lost revenue opportunities. As the industry’s needs have evolved, these silos have been organically connected ‘just to make it work’.

It’s time for content distributors and creators to think more like manufacturers, using technology that takes advantage of automation, AI and machine learning.

A widget factory, for example, gears up its supply chain to feed an accelerated production line during periods of increased demand for widgets. Content distributors need to do the same – focusing on efficiency and ROI, and adopting technology as the key to accelerating content from inception to distribution.

To realise improved ROI, the evolution of the content supply chain needs to go from content inception through distribution. Data gleaned from consumption can then be fed back into the supply chain to complete that cycle.

The ability to measure the success of any particular asset creates the ability to feed data back into the supply chain and increase output of those particular ‘widgets’, distributing them to the markets where they perform best.

Ooyala"For over 10 years, Ooyala has been at the forefront of shaping the content supply chain revolution as a leading provider of OTT, content production, and digital distribution solutions. Ooyala powers linear and on demand video for the world’s largest companies, managing thousands of hours of content and serving billions of streams across all platforms."