Audio journalism – the key to customer engagement and monetisation for publishers?

Gareth Hickey, co-founder of Noa, discusses how listening to the news, rather than reading it, is the future. 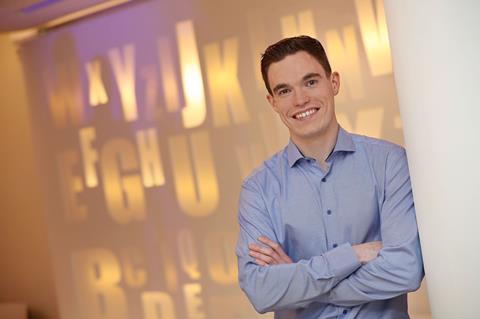 How does German chancellor Angela Merkel consume The Economist? She listens to the audio edition in her car.

The weekly newspaper (as it calls itself) launched a spoken-word version of its print edition in July 2007. It was the first major outlet to do so. If you were too busy to read – as Merkel was – you could listen.

Years later, I spoke with Bill Emmott, who was The Economist’s editor-in-chief from 1993 to 2006, about its audio experiment, which was conceived during his time at the helm. He said the decision to produce an audio version of the newspaper was bedded in consumer insights. Nobody had asked for Economist articles to be narrated. What consumers did say, however, was that they didn’t have time to read each weekly edition and so they piled up.

The Economist’s solution? Read it to them.

Since then, many publishers have recognised the value of audio articles. The Guardian produces spoken-word versions of its Long Read articles, The New York Times has some of its columnists self-narrate their work (it also purchased an audio app called Audm for $8.6 million in February 2020 to support these efforts) and Harvard Business Review’s magazine is available in audio too. The list goes on.

For full disclosure, I am a co-founder of Noa News, a consumer subscription app that produces and distributes narrated versions of opinion and feature articles. We work with Harvard Business Review, The Economist and The New York Times, among many other top tier publishers.

Listen and learn
The timing of this ‘audio journalism’ trend makes sense. Consumers now expect a ‘listen’ feature to be available, especially alongside higher value and long-form articles. Mobile connectivity now supports on-the-go streaming. And, perhaps most important, quality publishers are shifting their digital business models more and more towards consumer revenue, where engagement-time, not clicks, is all important.

In 2021 then, it’s no surprise that the market for audio journalism is growing fast. And for people with schedules even half as hectic as Angela Merkel’s, this is good news.

But the audio boom is hardly new. Surely talk show radio, podcasts and audio journalism are similar offerings in a consumer’s mind? All three mediums inform, they’re all increasingly streamable and the latter two are on-demand.

“Knowing which medium best matches your consumers moods and needs – which differ based on time of day and day of week – is key to a monetisable audio strategy,” Gareth Hickey, Noa

The reality, however, is more nuanced and typically comes down to two things – information density and active versus passive listening. These insights are based on hundreds of interviews and numerous surveys over the past 18 months with Noa listeners. Knowing which medium best matches your consumers moods and needs – which differ based on time of day and day of week – is key to a monetisable audio strategy.

First, let’s talk about information density. This is the amount of information shared for every hour of listening time. If drawn on a horizontal scale from low to high, talk show radio and podcasts would be left of centre (ie, lower information density) while audio journalism would be further to the right. In short, there’s less fluff when it comes to audio journalism. With the average length of a spoken-word opinion article being around the seven-minute mark, based on Noa data, it stands to reason that you’ll be offered more information in less time when listening to a Nicholas Kristof New York Times column, versus hearing the two-time Pulitzer Prize winner speak on a podcast.

But why is this important to publishers?

It all comes down to monetisation. Few consumers are willing to pay for information-based products which they passively consume, or which offer a low level of information density. Podcasts and talk show radio typically sit about halfway between being informational and entertaining. To millions of consumers both mediums offer a great balance but, evidently, not one worth paying for.

Stay tuned
Audio journalism is different. It is information dense and demands active listening. Very few people have spoken-word audio play as background noise, and for good reason. If you’re not fully tuned in, you’re likely to miss something. Where audio journalism shines is in those use cases where your cognitive capacity (ie, your ability to absorb information) is high – for example, while walking, commuting, cooking, showering, light exercising, or simply unwinding when your eyes are too heavy to read. Each is an additive consumption window for traditional ‘print’ journalism. Then there are those who struggle to read. Audio-journalism and active listening are powerful solutions.

The shift towards paywalled journalism requires heightened consumer engagement before someone shares their payment details. But as The Economist realised over 13 years ago, many people struggle to find the time to read. Therein lies the problem.

The question for any publisher looking to grow their subscriber base must be ‘how can we maximise active engagement among a time-pressed audience?’

“Publishers need to align their digital products to be ready for audio journalism. It’s there that subscription growth awaits,” Gareth Hickey, Noa

Podcasts are not the solution, nor talk show radio. As this headline states, listening to this article is the future. This is why The Economist, The New York Times, Harvard Business Review, Foreign Affairs, Apple News+ and Zetland are each ensuring audio journalism is part of their paywall strategies. More innovative publishers are soon to follow.

Publishers need to align their digital products to be ready for audio journalism. It’s there that subscription growth awaits.