For many decades, public service media (PSM) companies around the globe have been driving the development of new standards in the wider industry, such as the digitisation of production workflows (ITU Recommendation 601 and 709, SDI-based infrastructures), the transition to file-based workflows (MXF) and digital distribution standards (DVB project). 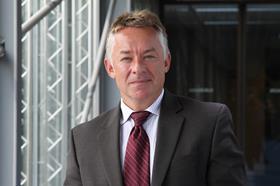 A key objective for PSM has been the lobbying for and definition of fundamental user requirements, as well as fundamental and applied research through their R&D centres (BBC R&D, IRT, RAI R&D, NHK STRL, CRC and others).

A fresh look
With the advent of more software-based applications and workflows running on high-performance systems, the practise to developing standards has been changing. The ‘old’ sequential model of standards development, from idea, to the definition of requirements, the development of a proof of concept, to documenting in the form of specifications and standards, and finally a market role-out, doesn’t always apply anymore.

Standards are still relevant – perhaps more than ever, due to the growing system complexity – but the process needs to adapt to the rather fast processes in agile software development. What we see is that requirements gathering, prototyping, iterative developments and documenting with specifications and standards are beginning to run in parallel.

Ride the digital shift
Quite naturally then, big internet giants with their huge development resources became the leaders in the field and quickly occupied the sector of OTT media distribution.

The way PSM have reacted to this has been an innovation in itself: many broadcasters started to ride the digital shift by creating digital or innovation labs, allowing technologists, creative and editorial staff to prototype digital products, often in close co-operation with the R&D departments. The notion of ‘sandboxes’ run in collaboration with external partners such as academia or start-ups allowed new ideas to be tested in real operational broadcast environments.

The Horizon2020 MediaRoad project (mediaroad.eu) under the leadership of the EBU proactively assists the creation of sandboxes – and has a larger vision of creating a vibrant network of sandboxes – almost like a virtual MediaLab across all R&D and sandbox initiatives in Europe.

The EBU Technical Committee together with the EBU Academy have held a series of workshops with broadcast companies regarding their innovation strategies. Some have already applied methodologies such as Design Thinking in their processes and established clear innovation processes, while others are just starting down the path of their digital transformation.

The pressure from nonbroadcast OTT players is high on traditional broadcasting organisations, not only in content distribution, but increasingly also in production. This is particularly relevant for Europe and its diverse media landscape. European broadcasters have huge content assets, and creating a common online distribution platform could move European broadcasters and media companies back into the centre of interest for audiences.

A commitment to innovation and a strategy of co-operation across media companies can make it happen.