2018 is set to be an important year for the broadcast industry, with continually shifting audience habits, the battle for viewers’ attention intensifying, and emerging technologies becoming more mainstream, writes Tom Williams.

VoD and the viewer experience

VoD services can no longer just present a bucket of stand-alone videos to entice audiences. Today’s viewers discover content in various places. They expect to do this on their own terms. This means that promoting content in the appropriate way, and on the right platform, is now paramount for content providers. 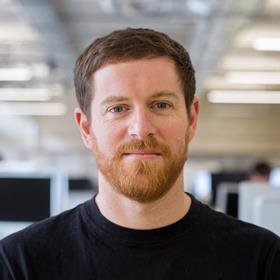 In 2018, we expect this trend to continue as audience expectations evolve. Promoting a programme will require offering platform specific content that allows viewers to learn about a programme on their own terms, at the right time. VoD providers will need to think about what works on different platforms and devices.

They will have to ask: how can trailers and imagery be used more effectively on these platforms? What supporting content can be created early that will allow consumers to interact with, and learn about, a show or a programme? What is certain is that, as this supporting content becomes essential, creators will increasingly have to consider how to include its creation in the overall content production process.

One traditional player already doing this well is the BBC. For example, when promoting Blue Planet, the broadcaster created a huge range of supporting content that allowed consumers to engage with the series as they wished. As well as GIFs, memes and Snapchat stories, the BBC produced small ‘snackable’ versions of the narratives that were used on social networks to advertise the programme. This year, we’ll see an increasing number of content owners adopt similar strategies.

The benefit of blockchain

Blockchain is one of the most discussed and hyped technologies across all industries. In 2018, we may see it make a significant impact on the broadcast market. Blockchain will reshape how content distribution models are configured and, because of this, promises to bring much value to content owners.

Large video service providers such as Amazon and Netflix are dominant in monetising content. Other web-based players such as Vimeo and YouTube, which are certainly not small, may enable easy distribution of content, but they don’t allow creators to control their content and track how it is used effectively. With its secure, highly robust and decentralised network, blockchain will allow creators to monitor and profit from their content much more easily, while building a direct relationship with their audiences.

In 2018, the value of blockchain in VoD will emerge. Any savvy video provider will ensure they understand how the technology works and what it offers.

Voice-enabled devices, such as Google Home and Amazon’s Alexa, and next generation boxes from major players continue to break into several markets. 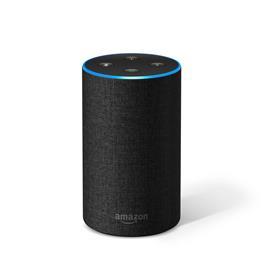 Consumers have become so much more accustomed to using technology with voice capabilities that voice-based UIs were an area of major interest to the industry in 2017.

Voice though is still in its early years of development and remains more a novelty than a widely used, everyday consumer. Most of the data points to voice being in its infancy, with much take up over the past year. In 2018, the technology will continue to be much talked about and its popularity will grow. It won’t however fully replace visual UI because audiences are still used to the paradigms of visual discovery.

It offers a significant shift in how audiences engage with, and discover, content. This is because it demands that people create entirely different mental models to explore that content. Moving completely from a visual to an aural medium of navigation requires much more from audiences: it potentially limits their browsing experience to what those audiences can memorise from the catalogue.

In this, AI and machine learning will have a significant role to play in supporting content discovery as well as the concept of better integrated cross platform browsing experiences.

The battle for live sport

Live sports have long been considered what audiences pay their TV subscriptions for. Not long ago, most viewers were happy to pay for cable packages from traditional players so as to watch their favourite sports, teams or athletes.

Viewer habits and preferences have changed such that many consumers are ditching pay-TV packages, where they’re charged for channels they simply don’t watch.

They’re moving to cheaper and more convenient on-demand services. This is a trend we’ve already seen happen in 2017, with Sky suffering its largest ever drop in Premier League viewing for at least seven years.

This year, the fight for the rights of major live sports events between companies such as Facebook and Amazon will intensify, disrupting an already fragmenting sports broadcasting market. Audiences will continue to demand content delivered in a package that works for them. Broadcasters will be forced to adapt to this changing landscape if they are to survive.

Today’s viewers want content that is presented to match their personal interests exactly. In response to this, this year we’ll see the sharp rise of the emerging concept known as ‘object-based TV.’

This involves content being broken into its separate parts, whether it’s the video, audio track, music, and even subtitles, and then being put back together to form shows tailored for each individual viewer.

For example, a programme could have extended or reduced scenes based on a viewer’s personal preferences; or particular video components can be compiled on the fly according to suit a user’s needs - whether that is her/his location, device, mood or a number of other circumstances. 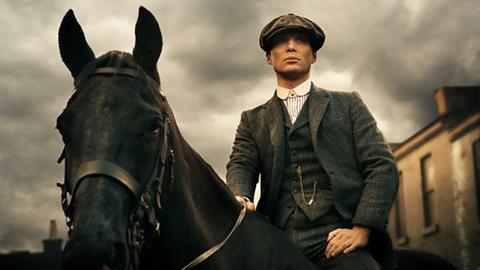 This year, to keep pace with the demand of hungry consumers who want to delve deeper into particular characters, storylines or soundtracks, we’ll see more providers experiment in object-based TV.

Again, the BBC has been experimenting with this, exploring viewers’ appetite for spin-offs and extensions with its hit show Peaky Blinders. Taking such content and applying it to OTT platforms will open up many new possibilities for both content providers and their viewers.

2018 will see many changes in the broadcast industry. It is already inviting several questions. Will consumer expectations peak? How will the increasingly competitive bidding war for sporting events end? What impact will developing technologies, such as voice UI and blockchain, have on broadcasters?

As with the rest of the industry, we are excited by the prospect of tackling these challenges.