What's next in the world of immersive?

From 5G testing to biometrics and social VR, immersive experiences are evolving and advancing. Muki Kulhan rounds up the latest developments and highlights some interesting industry adoptions.

There’s not a week goes by when I’m not asked about the current state and fate of our immersive XR/VR/AR productions, and how us as creators working with bleeding edge tech and innovation can think about how future audiences can be mesmerised our work. 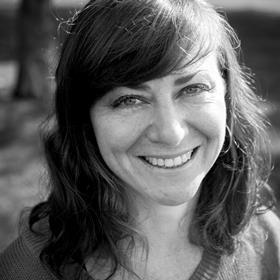 It’s a staple topic on the conference circuit too, including this week at Mobile World Congress in Barcelona.

Mobile World Congress, especially the various sessions at MWC’s 4YFN Summit, will keep us curious, asking questions and sparking debates if we really are on the right track, while covering trends about who and what is making progress with our multi-sensory, multi-reality, multi-user worlds.

The list of these trends grows by the day, filled with advancements in innovation and creativity, mixing interdisciplinary approaches with practice and research.

But in order to secure the future of immersive experiences, it’s important to keep the experiments going and the funding strong, be it at academic or government levels, grass roots or crowd.

It’s about innovating and connecting, across platforms, formats, sectors and us as people.

Journalism and VR
Sky’s partnership with JauntVR last year got our attention that immersive content is a format worth investing time and money into, and one that has proven there never a lack of content for, especially connected to a broadcaster with multiple genre outlets who can explore and exploit every avenue of the production’s craft and creative.

The MR/VR/360 formats have also proven worthy in documentary or journalistic angles (literally), with more and more awards and festivals such as Sheffield Doc Fest and Sundance Film Festival include it as a major draw. Al Jazeera’s Contrast VR is a great example of how a young, diversified team who, without fail, nail the emotional and empathy factors using a mix of 360-degree cinematography, animation, subtitling and english-speaking voice-over, most recently with the brilliant “Dreaming in Za’atari: Stories After Syria”.

Another standout to mention is the indie production studios Also Known As, led by veteran war journalist Kate Parkinson, who uses immersive tech to create real, often sensitive stories in virtual worlds, “exploring how virtual reality can convene safe and constructive discussions about divisive issues.” They’ve recently been funded by Google’s Digital News Initiative and Innovate UK for ‘The Distance Between Us’, a room-scale, social VR environment that will inspire narratives and stimulates constructive, real world conversations.

Coming soon from Rock Band developer Harmonix is Audica, the mixed reality rhythm shooter game where fans can show off their arm flailing and aiming skills immersed in a galactic battle, dodging and slaying meteors and space debris set to a thumping soundtrack. It’s out on March 7th with early access on Steam and Oculus and will no doubt be a massive hit this year, not only with OOH entertainment at VR-cades and tradeshows but in-home entertainment as well.

And while on the theme of space, it’s time for a very special shout-out to the European Space Agency, who have set up a piggy bank of kickstarter funds to encourage the development and creation of VR and AR, especially with regards to the use of location-based GPS and those clever little satellites up in the sky (SatNavs, SatComs, SatEOs) who, no doubt, are also counting the days until 5G rules real-time interaction and data output and consumption.

VR ‘cades’ and escape rooms
The popularity of VR-cades has grown like wildfire and shows no sign of slowing down at all. One of the biggest success stories to date has been China’s $500M Oriental Science Fiction Valley. This fully immersive VR-enhanced, sci-fi theme-park packed in thousands of fans within its first few months of opening in Spring 2018 and by the end of the year was named one of Time Magazine’s Top 100 places to go in the world.

Escape rooms are also keeping the XR dream alive by inviting people physically and mentally into another world. One to keep your eyes peeled for is Ubisoft’s Assassin’s Creed, made exclusively for VoyagerVR in the JK Iguatemi Shopping Centre in São Paulo, Brazil.

Ecommerce and AR
In the world of retail, Ikea’s app brought AR shopping and family feng shui into the super-main-mainstream, while big fashion like Burberry, Ralph Lauren and Nike are future-proofing their businesses (and audiences) with digital C-suite expertise and in-store interactivity, re-labeling themselves as leaders in ‘digital fashion’.

Even Walmart, one of the retail giants, and which recently announced a 43% increase in ecommerce sales from 2017, has partnered with Spatial& and DreamWorks to create Virtual dragon-racing for the upcoming launch of How to Train Your Dragon 3.

VR for good
While the UK’s NHS has championed XR for connecting communities and therapies with Grenfell VR Labs, the star pupil in immersive healthcare is uber-impressive Professor Shafi Ahmed. His in-depth research and actual work integrating VR, AR and holographic tech within surgeries and patient care has gained him respect as both a surgeon and futurist.

Ahmed’s mission of enhancing remote healthcare (aka telemedicine) demonstrates how costly traditions can be replaced with disruptive tech models to truly enable affordable medical care and equitable surgical care to everyone, regardless of location or background.

Some of the most exciting recent use cases of ’scale-free’, real-time collaborations use in AR have been within architecture, engineering and construction (AEC). It’s proven to be a hand-in-glove fit, with a huge uptake in software production and implementation that enables 3D pre-visualisation, risk assessment, remote project management for teams to design, train and collaborate at 1:1 human scale.

Many blue-chip AEC companies, such as car company Ford, with its use of the Ford Gravity Sketch, have already been thinking way into the future by integrating these practices from the very beginning from project conception to launch, taking advantage of multiple levels of interactivity during the design phases.

Muki Kulhan is speaking as part of the VR – A Vision of the Future session at Mobile World Congress.