The entertainment and content industry has dramatically changed with mobile networks and devices enabling disruptive new players and business models, according to the leaders of two media giants. 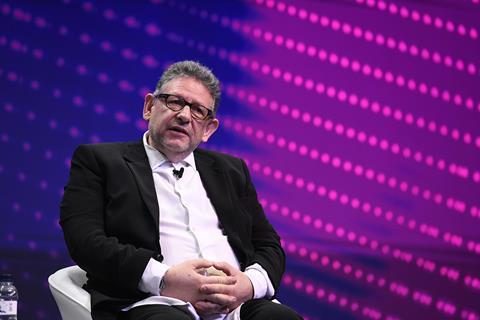 “The role of the mobile business in streaming has been critical and there was always early resistance to a new business model,” said Universal Music Group chairman and chief executive Sir Lucian Grainge.

Embracing the changes to video and music consumption, Universal Music has been experimenting with Spotify on video content and audio visual content.

“There is phenomenal opportunity in some regions of the world where there are more mobile phones than credit cards” - Lucian Grainge, Universal Music Group

There has been a massive shift in business models, with streaming music now generating $19 million a day and mobile “absolutely critical” in driving this change.

Grainge said: “There is phenomenal opportunity in some regions of the world there are more mobile phones than credit cards.

“The amount of longtail content, library and new music and artists who are engaged with to drive traffic and data, fills our pipes with great entertainment and we have never been more excited.”

He declared “we are open for business” addressing the substantial opportunities and activity across all regions as a global first.

Grainge said the relationship with telcos to offer untethered bundles has been the substantial driver of growth.

He added: “Video, as we know it today, will account for 80% of all mobile data traffic with investments in storytelling and the narrative of video content including VR, augmented reality (AR) and 4K content to fundamentally drive new music experiences.”

He explained the enormous amount of opportunity in established markets including Germany, France and the UK.

“In Germany, 65% of business is in physical products, while the US is 90% digital.

“There is growth in European mature markets and Mexico is based on ad-funded markets which is phenomenal,” he added: “We believe in Africa, the Middle East and India as making great investment to fund studios and create local content and give an environment to musicians targeted with social channels.”

Vimeo chief executive Anjali Sud said we are in the midst of a new era of video, which has become the de facto form of communication and commerce globally with audience expectations challenging content creators and brands.

Sud emphasised the importance in “leveraging technology,” and how mobile devices have been the catalyst.

“Immersing video into every aspect of life is critical with the “fastest growth in Asian markets, Japan, Korea and South East Asian with lots of growth rising in Africa and Brazil because ultimately the macro trends is that audiences are engaging with video more and more.”

HTC founder and chief executive Cher Wang stressed the “incredible times” we are living in today, something that was echoed through the conference at Mobile World Congress. 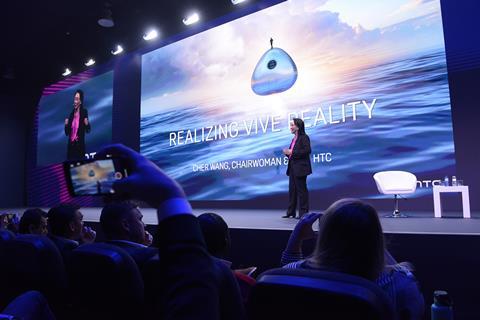 To truly benefit from immersive experiences, which “I believe is the future,” Wang said the disruptive technologies including virtual reality (VR), augmented reality (AR) and mixed reality (MR) have the power to impact the creative world for the better.

“Immersion is pioneering a new era,” from manufacturing, healthcare to entertainment, Wang said.

“VR and AR are even greater than the smartphone, the virtual economy and broader range of experience are creating greater meaning.”

She added: “VR and AR is the most immersive form of communication ever invented.”