2018 Oscar nominations: Inside the technical categories

IBC365 previews the technical categories for the 90th Academy Awards in which digital acquisition dominates.

It’s always a tricky and controversial task to whittle the year’s films down to five – and then one – to win in each of the 24 categories of the Academy Awards. And with no stand out feature but lots of very strong contenders this year’s vote is hard to predict.

The technical craft nominations are particularly intriguing and will provide a lot of mileage for camera maker Arri since its Alexa models were employed on four of the five Best Cinematography nominees.

Wanting the LA of 2049 to resemble a smoggy version of Beijing, with constant rain and snow, Deakins created this in-camera, rather than artificially in post.

“Some were a bit sceptical of this approach, so, to convince and reassure them, I worked with the wonderful German special effects supervisor, Gerd Nefzer, who rigged-up a system of sprinklers and nozzles that could fill the stage with mist - something like the Everglades on steroids,” he told British Cinematographer.

“As far as I was concerned the results looked really good and we ended-up using this system a lot during production.”

Director Guillermo del Toro’s science fiction and cold war inspired romance The Shape of Water was originally envisioned to be filmed in black and white. When the decision was made to film in colour Danish DP Dan Lausten ASC DFF devised a colour palette of steel blue and greens which were shot in camera on the Alexa XT, rather than added in post, using filters and gels. 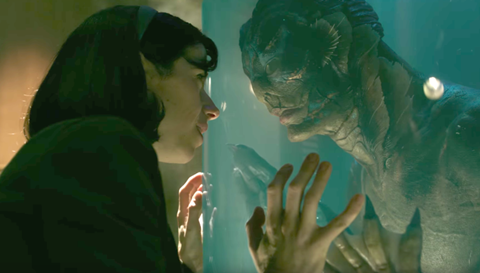 The Shape of Water

“Nothing is coloured by accident in Master Primes because they’re such high quality lenses,” he told Deadline.

Remarkably, Rachel Morrison ASC becomes the first female to be nominated in the cinematography category.

Although she had planned to shoot on celluloid for director Dee Rees’ southern American period film Mudbound, budget constraints forced a rethink.

Instead, she choose the Arri Alexa Mini camera in combination with 50-year-old anamorphic and spherical lenses telling Variety that they tended to flare when exposed to bright sources “like windows, reminiscent of an older age in cinematography and appropriate for a film set in the 1940s.” 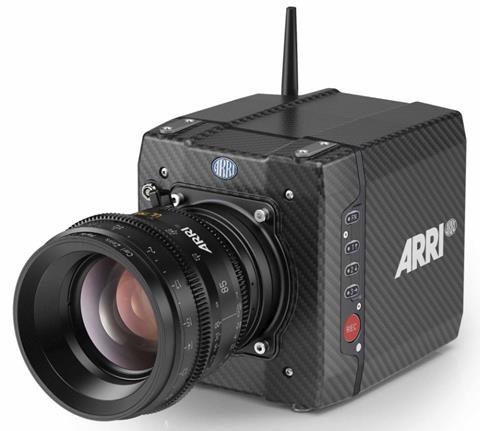 To complement a colour palette of blacks and browns, he makes extensive and subtle use of lighting to evoke Churchill’s journey from shadow into power as he overcomes the Nazis.

“I think it’s usually a big mistake, for a period piece, to say, ‘OK, we’re going to do Kodachrome,’” Delbonnel told Deadline.

“When you look at Kodachrome pictures, the colours are totally wrong. I don’t want to emulate this because then people will feel uncomfortable watching it. So [designing this picture] is more about feeling the period than following what the technology would have been.”

In what would make a great double bill with The Darkest Hour, Christopher Nolan’s gripping large scale reconstruction of Dunkirk is the only one of the five nominations to be shot on film. Not just film either, but 65mm negative where the visual impact of the IMAX format has made it a powerful best picture frontrunner (the drama had the widest large format film print release in 25 years.

Hoyte van Hoytema NSC FSF ASC shot 70% of the film on IMAX (which is 65mm 15 perf). The rest was shot on 65mm 5 perf on Panavision cameras with dailies produced by US facility FotoKem in its biggest and most complex large format project to date.

“The sheer negative size of IMAX and the texture and colour depth, clarity of the film emulsion in combination together was the most obvious way to capture this,” van Hoytema is quoted in IndieWire.

It’s worth noting that a good number of hit films with acclaimed cinematography this year also shot film. These include The Post; Wonder Struck (shot on Kodak 35mm B&W and colour film stocks); The Beguiled; Call Me By Your Name; Wonder Woman; Murder on the Orient Express (another 70mm spectacle); The Florida Project and Battle of the Sexes.

The VFX Oscar race is being pitched as a battle between Blade Runner 2049 and War for the Planet of the Apes.

The former features several stunning sequences each undertaken by different facilities (including Framestore, Moving Picture Company (MPC), Rodeo FX, Territory Studio and Double Negative) but arguably the stand out is the CG animation of the replicant character Rachael. 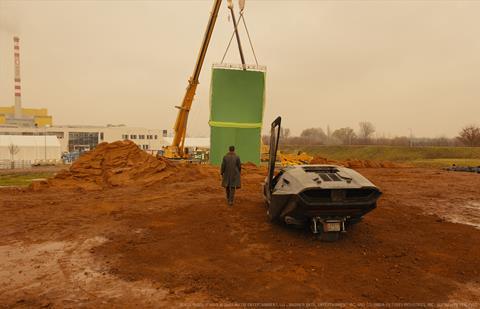 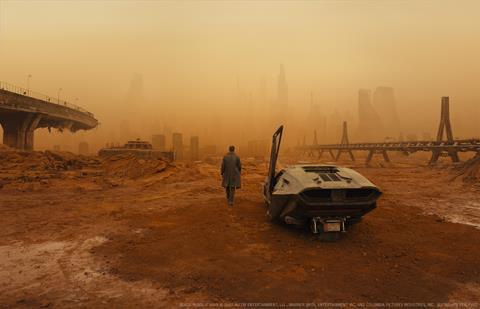 Head scans of Sean Young, the actor who played Rachael in the original movie, as well as photos of Young in the early 1980s were used by artists at MPC as visual references.

Actress Loren Peta doubled for Young in the scene. The trick to making the scene work was generating a believable performance from the digital replica, something only possible when the team returned to Young’s original performance and found mannerisms which matched with the 2049 script. Then the whole scene was animated by hand.

With UK studios full, principal photography was in Budapest. The bulk of the film’s 1200 shots were created by facilities in Montreal and Vancouver to take advantage of local tax credits.

Creating digital characters with an emotional intensity and subtlety was vital to telling War for the Planet of the Apes not least because apes appear in almost every shot of the movie. The VFX for the film includes creating the monkeys themselves from motion capture, and required VFX supervisor Dan Lemmon to allocate 1,450 shots to lead house Weta Digital assisted by Stereo D and Exceptional Minds. 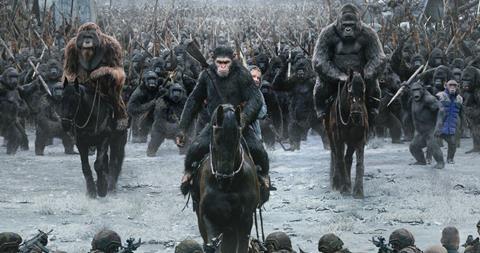 War for the Planet of the Apes

Shot and post produced in Canada, the final part of the trilogy is lauded for the performance of Andy Serkis as simian chief Caesar.

“Every time we reviewed shots with Caesar, we had Andy Serkis’ performance side-by-side with Caesar to get the emotion right,” Lemmon told TheWrap.

“There’s no [computer] program that does that for you, that’s only the skill and dedication of the sculptors and technical people.” 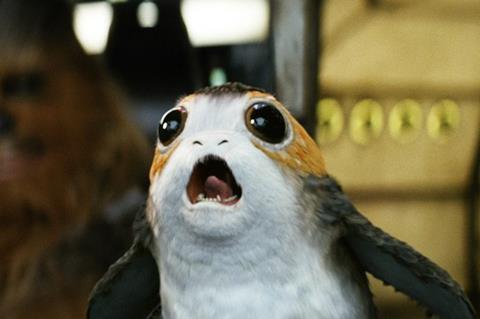 The new Porg in Star Wars: The Last Jedi

London facility Jellyfish Pictures was part of the team that delivered the VFX for Star Wars: The Last Jedi.  VFX is always heavy in Star Wars films, everything from the new Porg creatures to Snoke. VFX work also includes epic space battles and enhanced environments. ILM took the lead on this production dividing work among its offices in London, San Francisco, Singapore, Vancouver and as well as Montreal-based Rodeo VX.

Also nominated are Guardians of the Galaxy volume 2, the first feature shot at an 8K resolution (on RED cameras) to accommodate the heavy VFX element of the story. Weta Digital, Framestore and Method Studios were among VFX shops involved. The opening sequence requiring them to make actor 66-year-old Kurt Russell appear as his 36-year-old self. 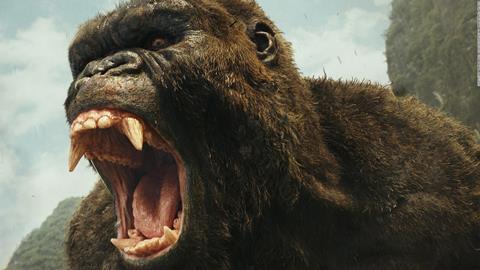 ILM get another nod for bringing another ape to life – this time a re-imagined version of the classic King Kong story in Kong: Skull Island.

The design concept was to make Kong look like a modernised version of the 1933 Kong by sculpting anatomical body details that the original puppet lacked while retaining the familiar physical silhouette of Kong. “Also, like the original, our Kong walks as a biped and was designed with facial features and expressions that are evocative of the original stop motion performances”, senior VFX supervisor Stephen Rosenbaum told FXguide.

Deliberately unobtrusive work was done by Double Negative for Dunkirk. Nolan was at pains to capture as much action as possible in-camera to evoke a gritty and realistic experience, yet models were expertly combined with aerial footage for scenes of the sinking of ships, crowd scenes on land and most notably in the spitfire dogfights.

Sound plays a crucial role making any movie tick but none more so than Dunkirk where the soundscapes of editor Richard King, winner of two of his three previous Oscars for Nolan collaborations (Inception, The Dark Knight) combined with the abstract and experimental score of Hans Zimmer. Dunkirk is nominated for sound mixing and editing as is Baby Driver, Edgar Wright’s heist film choreographed, beat-for-beat, to pop music by Julian Slater in close collaboration with editors Jonathan Amos and Paul Machliss – who are also nominated in the Best Picture Editing category.