2020 in review: Mergers and acquisitions

2020 was predicted to see significant M&A activity across the media and entertainment space, but did the coronavirus slow down consolidation? 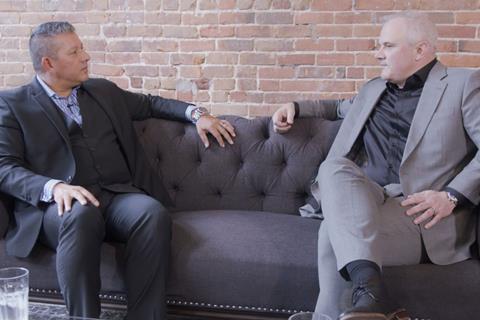 At the start of year, media and entertainment executives were extremely confident that mergers and acquisitions would top the agenda for 2020.

According to a report from EY, published in January, 59% of M&E executives expected to actively seek M&A opportunities in 2019. The figure, from EY’s Global Capital Confidence Barometer, was up from 42% in October 2019 and above the longer-term average of 47%.

EY has yet to release its next Barometer report, but in May – at the height of the pandemic – executives were already losing confidence in future M&A plans.

“The global pandemic created unforeseen challenges for the media and entertainment sector, which is experiencing significant ongoing disruption to its operations and will face underperformance throughout the duration of the COVID-19 crisis,” explained EY global strategy and transactions M&E leader Will Fisher.

“Advertising, content production, and businesses related to the physical aggregation of live audiences are experiencing disproportionately severe impacts, with knock-on effects reverberating across the industry.”

“Given the rapidly evolving situation and the fact that additional restrictions have been confirmed since the survey closed, the deal making intentions expressed are likely to have further deteriorated.”

There have, however, been some significant deals made in 2020. Take, for example, the latest twist in the saga that has been Grass Valley’s ownership.

In July, Black Dragon Capital became the fourth company to own GV in the last 20 years, buying it off Belden, which had revealed plans to offload it in 2019.

The transaction, announced in February, saw Grass Valley come under the control of former Avid CEO Louis Hernandez, who has outlined aims to accelerate the business into a cloud-based technology leader.

Belden maintains a financial interest in Grass Valley and has entered into a multi-year Transition Services Agreement (TSA) to ensure the smooth handover of key business and operational systems from Belden to Black Dragon.

A transition in ownership enables Grass Valley to refocus its investment plans in workflows that are flexible, software and cloud native, and enhance customer opportunities at the forefront of industry change.

That is how Tim Shoulders, who retains leadership at the company, explained the company’s sale to IBC365 after the takeover was announced: “It will help us streamline our decision making and make better decisions that are in the best interest for our customers because the entire organisation, including our ownership, is aligned around this broadcast market and what our customers want.” 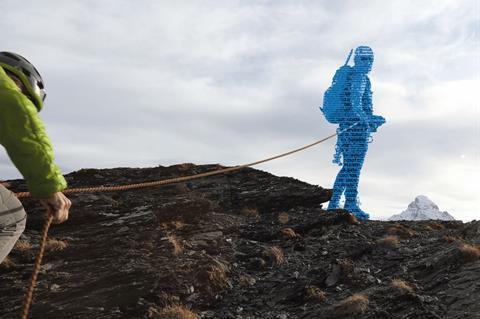 Sony: Snapped up Nevion for an undisclosed fee

Eyes on virtual
Sticking with the big vendors and distributors, Sony also made acquisition moves in the media space when it snapped up virtual media production solutions firm Nevion for an undisclosed fee.

Sony’s acquisition of Nevion will allow the Japanese vendor to better provide an “end-to-end solution” for its broadcast and media customers at a time when the Covid-19 pandemic has accelerated the industry’s push to IP, the company told IBC365 at the time.

“We see this to be a growing business, one where we need to invest,” explained Kento Sayama, general manager, Media Solutions Marketing Dept – Sony Professional Solutions. “We need to add people we need to add skills, because that’s where the stage is in terms of IP remote production industry.”

Acquiring Nevion means Sony can have a “wider discussion” with its global customer base, he explained. “It means we’re not limited to one piece of the solution but can offer the entire operational transition for our customers.”

The deal followed a strategic partnership – announced in 2019 – between the two firms, which had also seen Sony take a 45% stake in the Norway-based company.

“Nevion specialises in network management, and facility-to-facility management. So together, we can actually support a broadcast project, starting from the facility out to one IP-to-IP connection, and then build what goes into an individual facility,” added Kento Sayama.

Image acquisition
Ross Video, a persistent acquirer of businesses, was also active in this space, snapping up Toronto-based Image Video. Image Video was founded in 1974 – the same year as Ross – and is best-known for its TSI tally control platform, used by major broadcast network providers, sports venues, corporate video facilities and houses of worship.

This acquisition – Ross Video’s sixteenth since 2009 – sees Image Video’s product team led by Zach Wilkie and David Russell, along with their R&D and technical support teams all transition over to Ross.

Wilkie said: “As a fellow Canadian company that was founded in the same year, we’ve obviously grown up alongside Ross Video and we’ve seen the impressive growth and expansion of the Ross business, especially during the last decade. We’re very pleased to become part of the family and this acquisition will help us reach new international markets and scale much more effectively.”

Ross Video CEO David Ross added: “Back in 1973, my father was in hospital after breaking his leg. Jim Leitch, the founder of Leitch Video (now Imagine Communications) visited and advised my father to start his own company. He said that there was a Leitch Video and an Image Video in Canada, so there should also be a Ross Video.

“It’s possible that if Image Video didn’t exist, my father may not have had such role models to show the way, and even if Dad did start our company, we may not be named Ross Video today! All these years later, Image is now part of Ross, something that my father agrees is quite remarkable. Image’s TSI tally platform is a great complement to our existing range of solutions and enables Ross to bring even more choice to the live production market.”

We also saw deals such as Xperi’s merger with TiVo and EVS’s acquisition of Axon. EVS said the deal “strategically expands its global footprint, enabling customers to benefit from the most comprehensive and integrated range of media infrastructure solutions for live productions” in a statement released when the deal closed.

Post and VFX companies kept going during the lockdown, using a combination of working from home via remotely connected equipment or social distancing measures. This kept the door open for M&A activity in this sector, too. 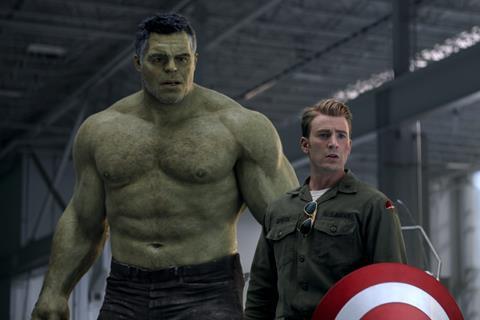 In the VFX space, Framestore used the acquisition market to almost double in size, as it bought Company 3/Method to become the world’s second biggest VFX firm by headcount.

The 34-year old company, which made a profit of £19m on turnover of £91m in 2019, has operations in Canada, the US and India. The C3M acquisition boosts capacity in those territories while adding a division in Melbourne.

Broadcasters slow down
In recent years, there has been significant M&A activity across the traditional media and broadcast space. At the end of 2019, for example, Viacom and CBS remerged into ViacomCBS. Disney bought Fox last year, while Comcast snapped up Sky.

In 2020, however, these kinds of deals were a lot less common, in part due to Covid, but also as a result of so much movement in the preceding years. There were, however, some smaller deals that came as a result of previous mega-mergers.

ViacomCBS completed a deal with BeIN Media Group to acquire a 49% stake in global film and TV studio Miramax for around $275 million. BeIN will retain its 51% stake in the studio group as part of the agreement, which was first revealed in December 2019

The deal involves ViacomCBS paying BeIN an initial cash payment of $150 million, as well as agreeing to plough $45 million into the company annually over the next five years. Miramax will use this investment to fund new film and TV productions, as well as using it as working capital. ViacomCBS said it will look to leverage Miramax’s back catalogue of over 700 titles.

Comcast bought ad-supported streamer Xumo in a deal reported to be worth over $100 million. Comcast confirmed that Xumo will continue to operate as an independent business inside of Comcast Cable.

Xumo appears to have been an attractive purchase for Comcast, as Xumo reported 5.5 million active users last year. The company saw 300% year-on-year growth in revenue during the first quarter of 2019, according to chief executive Colin Petrie-Norris who spoke to Business Insider.

Fox, which was span off into its own company when Disney bought 21st Century Fox, agreed a deal to buy AVOD Tubi in March for $440 million. The funds for the deal came from the sale of its stake in Roku, in which it was an early investor.

“Tubi will immediately expand our direct-to-consumer audience and capabilities and will provide our advertising partners with more opportunities to reach audiences at scale,” said Fox executive chairman and CEO Lachlan Murdoch. “Importantly, coupled with the combined power of Fox’s existing networks, Tubi provides a substantial base from which we will drive long-term growth in the direct-to-consumer arena.”

Eleven Sports also got in on the act when it bought technology platform MyCujoo towards the end of the year, explaining that owning its own technology would greatly benefit the firm.

TMT
Another recent trend has been the convergence of the media world with that of telecoms. Comcast – originally a cable telecoms company – now owns NBCUniversal and Sky. AT&T owns Time Warner.

Though less active, a few examples of this convergence were announced in 2020 as well. UK mobile operator O2 announced plans for a merger with Liberty Global-owned Virgin Media UK as part of a new joint venture. O2-parent Telefonica has been trying to offload the UK telco for years, while Liberty has been reassessing its assets in Europe.

Meanwhile, Chinese giant Tencent bought a controlling stake in Asian OTT iFlix. The Malaysian streamer has around 25 million users and operates across 13 countries. Tencent acquired IFlix’s content, technology and resources, but it won’t be taking on the company’s debt, it announced.

More M&A in 2021?
Heading into 2021, Covid-19 is likely to continue to shape strategies around M&A, according to Deloitte’s Kevin Westcott.

He explains: “Although the flow of new entrants may be waning, competitive pressures will likely only increase in the coming year. Media providers are challenged to meet consumer demand for original content, a broad array of other content options, and a mix of subscription and free ad-supported services.

“For many M&E companies, this may require significant investments in in both technology and content, including potential mergers and acquisitions. Ultimately, success will likely come down to providing the best overall customer experience possible—one that is built on a strong foundation of compelling content and tailored recommendations, advertising, and services. This approach can help create customer relationships that last years, not weeks.”

Covid-19 accelerated existing trends such as the switch to remote production and digitisation.

“The movement towards digitalisation will spur companies to use M&A to improve their capabilities in this space,” adds PwC telecoms and media deals leader Rob Fisher.

“TMT companies that adapt their strategy and deliver value in the current environment will be strongly positioned when the economy recovers. The large technology companies will continue to do well, although they will need to deal with increasing regulatory scrutiny globally.

“We expect TMT M&A activity to pick up in the second half of 2020, although global trade frictions will remain a headwind throughout the year. M&A activity is expected to return as companies focus less on capital preservation and start seeking new opportunities. Those companies affected by COVID-19 will take a closer look at their existing businesses to evaluate which areas are core and which to divest.”