Content technology such as 8K and 5G were among the key announcements and demonstrations at the IFA conference in Germany this year, writes Paolo Pescatore. 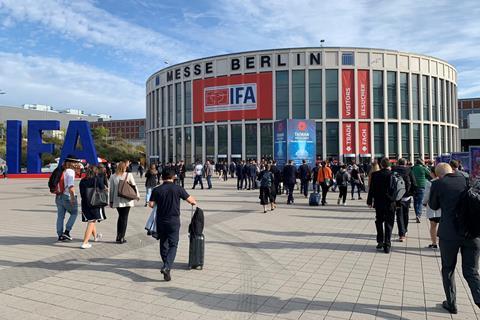 Last week, thousands of companies showcased their latest tech products at IFA in Berlin. The event held from 6-11 11 of September, represents Europe’s biggest tech showcase, akin to the CES show in Las Vegas. There were no shortage of product announcements across all segments including the smart home, audio (speakers and headphones), laptops, TVs and of course other niche and wonderful things. However, the lack of any significant major announcements was notable. In line with other events this year, the overarching key areas focussed upon 5G connectivity (in devices), powered by Artificial intelligence (AI) and controlled by voice. Here are some of the key themes relating to the telco and media industries:

5G (attention now turns to driving scale)
Every event, company, product launch seems to be jumping on the 5G bandwagon. IFA was no exemption. The two eagerly anticipated opening IFA keynotes were dominated by 5G, led by Richard Yu, head of Huawei’s consumer business followed by Qualcomm’s president Cristiano Amon in the afternoon. 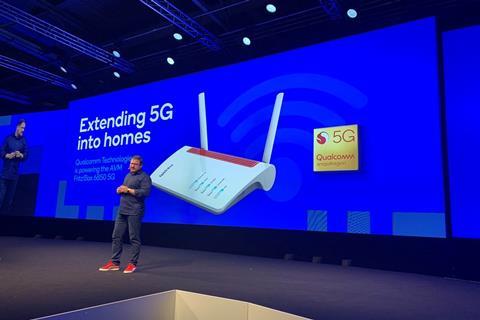 With 5G networks up and running, attention is quickly turning to scaling the technology. To this end Qualcomm announced plans to add 5G to its other Snapdragon 6 and 7 series devices. Up until now 5G support was only in its premium 8 series devices. This is great news in driving the cost of 5G even lower and making 5G devices more affordable to the masses. Yu announced Huawei’s new 5G Kirin 990 chipset as “most powerful” and superior to Qualcomm’s Snapdragon 8 series. Samsung also released its first integrated 5G processor, the Exynos 980. With more options, 2020 is set to be a big year for 5G devices across all tiers.

Samsung is fast emerging as the front runner among OEMs with five 5G enabled devices, all powered by Qualcomm. This includes the latest Samsung A90 and the upgraded and improved foldable device (see below).

Separately, Deutsche Telekom announced plans to switch on its 5G network in Berlin, Munich, Cologne, Bonn, and Darmstadt. Interestingly, it claims to offer Germany’s biggest continuous 5G coverage area – six square kilometers in Berlin. This is significant as it should ensure consistent coverage across a wide area to ensure connections remain robust.

Dazzling UHD 8K TVs everywhere
Buzz for UHD 8K TV is growing and the overall 8K ecosystem is moving a lot faster than previous generations such as 4K (the same in mobile with 5G when compared to 4G). This despite still limited consumer adoption of 4K programming. There is no shortage of 8K TVs with most if not all consumer electronic manufacturers announcing new 8K devices, regardless of screen size. In fact, Samsung announced a 55-inch TV supporting 8K. This adds to the current 65-, 75-, 82- and 85-inch TV sets; only one year after launching 8K QLED televisions. While there is a distinct lack of 8K programming, this is slowly changing. Some of the forthcoming big key sporting events will be shot in 8K; this includes the Rugby World Cup and next year’s Olympics. 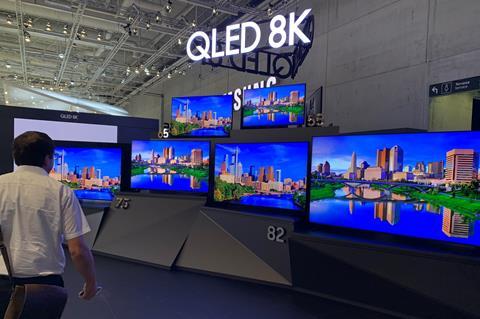 One of the eye-catching announcements which seemed to go under the radar was from Samsung. During its press conference, the company said that it will upscale Amazon Prime Video’s Premier League TV coverage from 4K to 8K on its TVs this year. This was quite a surprise as Amazon has yet to announce any plans for its Premier league TV output. In reality, producing content natively in 8K is costly and the bandwidth requirements make it quite prohibitively. Therefore, greater focus should be placed on upscaling content from 4K to 8K.

The show floor was awash with a wide range of TV’s running Android TV as well as providing support for either Google Assistant and Amazon Alexa or both. This is something that we also saw at CES.

Foldable devices take two
Samsung made significant improvements to the Galaxy Fold device following the well-publicised screen issues. Despite this, the company announced a limited rollout, available now in South Korea, then the UK and Singapore. It is apparent that Samsung has worked tirelessly to release this product ahead of rivals in what is the 10th year of the Galaxy brand and its 50th anniversary year.

Other providers were showcasing foldable devices as well. While there’s a lot of excitement around this new category, it is still early days. These devices will evolve significantly. Samsung has taken an initial bold approach and is looking to take an early lead over rivals.

Overall, the device provides exciting new opportunities for content creators. Naturally, with so many screens it is great for watching video and playing games. In fact it is the perfect device for both content genres in terms of size, fits nicely in the palm of your hands, can be used as a controller, screens can be split to show different data and info (watch a match on one screen and the other displays real time stats). Furthermore, the app continuity is a great feature that will resonate with users. When the device is closed, the video can still be watched on the front.

LG also unveiled its new flagship 5G smartphone with a dual screen. It is not a foldable device but gives a sense of how providers are looking to differentiate with multiple screens.

Licensing TV OS
This is fast becoming the norm among platform providers in their quest to own the living room. Both Amazon and Roku made separate announcements in this area. Also, it is by no means a coincidence that both are making bold moves into Europe. Roku is currently the market leader in the US while Amazon has been steadily increasing its presence in Europe through both Fire TV and Prime Video. They are now going head-to-head as they seek to license their respective TV platforms to consumer electronic manufactures; especially in the UK.

Fire TV devices now have more than 37 million monthly active users globally, which is ahead of Roku’s 30.5 million. Amazon has partnered with JVC to sell Fire TV powered televisions at Dixons. 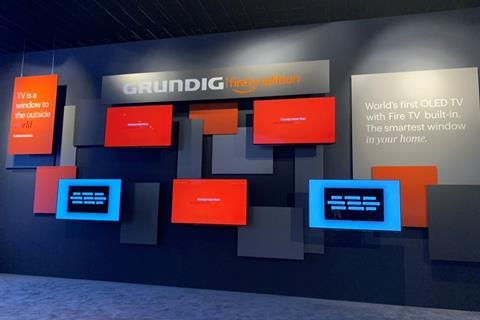 Carphone in the UK. Whereas Roku is partnering with Hisense to bring TV’s powered by Roku OS in the UK. Amazon also announced a tie-up with MediaMarktSaturn in Germany and to power Grundig TV with Fire TV. Other notable announcements from Amazon, include a refreshed Fire TV Cube which will now be available in Europe. And its foray into a new product category with the Anker Nebula Fire TV Edition sound bar. It is somewhat more costly than Roku’s new sound bar, but supports Dolby Vision, HDR and Amazon’s multiroom system.

Overall, Amazon gets the accolade for the most news announcements. The company made over 20 announcements related to Fire TV.

The living room battle heats up
Battle for the living room and the connected home is heating up. All providers are fighting for viewers’ attention by seeking to pack as many features as possible. Roku led the way in licensing its own platform, while others are catching up very quickly. The primary TV is starting to be the main hub, control point for a range of services. Though we’ve seen a flurry of new 8K TV’s, consumer adoption will be limited for a few years. For this reason, greater focus will be placed on upscaling 4K content to 8K. This will be critical to the success of selling 8K TVs and represents opportunities for new players to emerge.

New form factors will provide the content industry with exciting new ways to connect and engage with users. Every new connected device will be powered by AI, that will better serve users based upon their habits. The tech industry is thriving as underlined by Samsung colossal $22 billion investment in new technologies (including AI, IoT and 5G), to drive innovation in the fast-changing industry. While others are following suit the key to success remains in fostering an open approach through partnership.