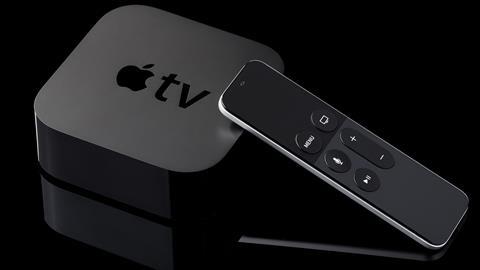 Apple’s recruitment of former Channel 4 creative boss Jay Hunt is a shot across the bows of both traditional broadcasters and digital rivals, writes Kate Bulkley.

The hiring of Channel 4’s Chief Creative Officer Jay Hunt by US tech firm Apple is the latest signal that the company best known for the iPhone and iTunes also has very big ambitions in TV, including the creation of stand-out programmes and series. 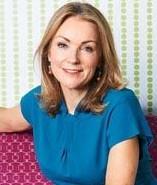 In the latter regard, Hunt is a real catch for Apple. She has a long and hit-strewn TV track record over some 18 years that spans the BBC, Channel 5 and most recently, Channel 4 where her last act as chief creative officer before stepping down this past summer was to poach The Great British Bake Off from the BBC, a £75m gamble that created its own set of headlines, but has since paid off with huge ratings for the broadcaster.

Hunt’s hire is part of a real shot across the bows of both traditional broadcasters and digital rivals, including Amazon and Netflix, and underlines Apple’s relatively recent commitment to get into the TV video business in a significant way. While Netflix, Amazon and Google’s YouTube are all refining their existing video strategies, Apple looks more like a wealthy start-up that is not to be underestimated.

Hunt is among several British TV executives who have joined the ranks of digital players, including Georgia Brown, the former FremantleMedia executive who joined Amazon earlier this year. But Hunt’s hire by Apple is seen as one of different magnitude.

Hunt is a big beast in the UK commissioning jungle having originally broadcast Charlie Brooker’s dystopian drama Black Mirror, a show that was then poached by Netflix, much to the chagrin of Channel 4 and Hunt, who was out-gunned financially by the streaming service.

Hunt was also behind Catastrophe, the award-winning comedy that also has a window on Amazon Prime. She also helped re-vamp Paralympic sport in the UK, with Channel 4 winning accolades and big audiences for its coverage that included companion shows like The Last Leg, fronted by disabled presenters and comics.

And it was under Hunt that Channel 4 launched the highly popular, TV voyeur format Gogglebox and the public service box ticker that also was a popular hit Educating Yorkshire.

At the BBC, Hunt was responsible for Luther with Idris Elba and Sherlock with Benedict Cumberbatch, shows that each served as launch pads for these actors’ move across the pond into Hollywood films and series.

Hunt is smart and spiky when her ideas and decisions are challenged. This came into focus last year at an industry chin-wag when the BBC’s James Purnell, still smarting from losing Bake Off, challenged Hunt, questioning why Channel 4 as a public service broadcaster should have poached the show from the BBC and how such a move indicated it needed further regulation.

Hunt did not back down, countering that Channel 4 did not use “a penny of public money” to secure Bake Off and that the channel was already heavily regulated. Hunt’s feistiness and her knack for identifying hits will help Apple to stand apart in what is becoming a crowded landscape for video content.

Indeed, Apple’s ambitions to create its own media content was first signalled last year with the commissioning of shows including Carpool Karaoke for its music streaming service. The move towards more original commissions was underlined by CEO Tim Cook earlier this year when he doubled the target for Apple’s services businesses, encompassing sales from the App Store, Apple Music and other digital services including Apple TV, to the reach $50bn by the end of 2020.

This past summer Apple hired two big hitters from Sony Pictures Television, Jamie Erlicht and Zack Van Amburg, whose track records includes overseeing the production of hits like Breaking Bad, The Crown and The Black List. The two are charged with creating compelling content that will help Apple reach its $50bn goal and clearly their hiring of Jay Hunt is part of that ambition.

In August it was reported by the Wall Street Journal that Apple would invest approximately $1bn into producing original TV shows over the next year with the ambition to match the quality of HBO. Indeed, this may seem like a lot of money but HBO spends about $2bn a year and Netflix has signalled that it will spend up to $8bn in 2018 on original and acquired content, including the release of around 80 movies next year, most of them low-budget but with some big-budget fare like the Will Smith vehicle Bright. 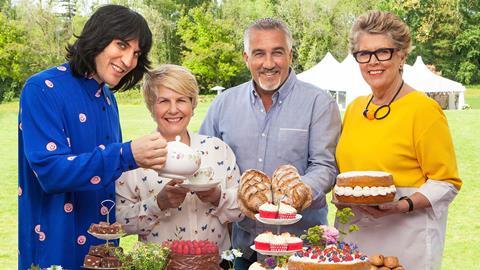 Great British Bake Off: Poached by Jay Hunt for Channel 4

One indie boss said that adding the tech giants as buyers for their content has changed the dynamic of the commissioning business and put the UK broadcasters on notice that they need to think a lot more collaboratively in the future if they want to secure the top shows.

“TV has been like a kind of reverse Roman Empire, going from a more or less monotheistic client culture in the 1980s, to a multi-theistic world of today with dozens of potential buyers,” he said.

“Commissioners at terrestrials in the 1990s enjoyed near-papal status, nowadays the competition means that very often the whip hand in negotiations is actually held by the producers as they juggle multiple potential buyers. It’s an exciting time.”

Apple sees what the other tech giants have already clocked, which is the opportunity created by customer disenchantment with big, expensive programming bundles from legacy media companies coupled with the tech giants’ ability to make money from services.

Apple has previously focused on making TV shows and movies available to rent through its pioneering iTunes store, but the stellar rise of subscription services like Netflix have changed the mood music on rental versus subscription. It won’t all be smooth sailing for Apple, either: so far Apple’s TV set top box has failed to perform at the level of Apple Music, the latter of which has some 27mn subscribers.

While at Channel 4 Hunt’s mantra was “born risky” and Apple will need to harness that attitude and ambition if it wants to stand out with original programming.