The application, titled ‘Display System Having Sensors’, sets out Apple’s vision for a mixed reality system that includes a head-mounted display that provides a 3D virtual view of a user’s environment augmented with virtual content.

Senior Apple execs have previously spoken enthusiastically about the potential of augmented reality. 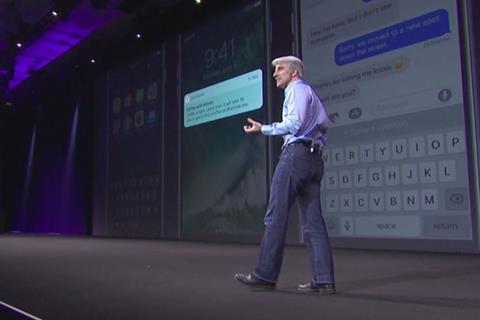 Apple senior vice president of software engineering Craig Federighi told the World Wide Developer’s Conference in June last year that “AR is transformational technology by bringing experiences into the real world, it enables all kinds of new experiences, changing the way we have fun and the way we work”.

The patent, which was filed in March this year and published on 18 July, describes the head-mounted display as potentially a headset, helmet, goggles, or glasses.

Apple has been working on a mixed reality device for a few years, with related patents dating back to 2016. Cnet reported that Apple will release a mixed reality headset in 2020.