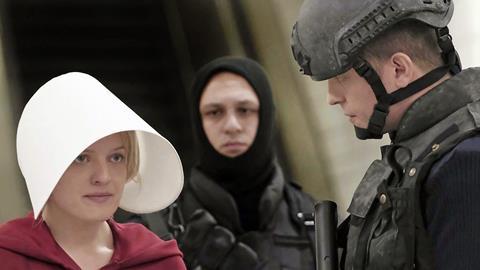 Comcast and Disney remain the two stakeholders to back the Hulu streaming service after AT&T confirmed it has sold its share to Hulu for $1.43 billion.

AT&T has sold its stake in Hulu in a transaction which values the streaming service at $15bn.

According to a statement, AT&T will use the proceeds from this transaction along with additional planned sales of non-core assets to reduce its debt.

Hulu chief executive Randy Freer said: “We thank AT&T for their support and investment over the past two years and look forward to collaboration in the future.

“Warner Media will remain a valued partner to Hulu for years to come as we offer customers the best of TV, live and on demand, all in one place.”

The exchange did not require governmental or third party approval because the deal was signed and closed privately.

AT&T acquired its stake in Hulu after it bought Time Warner last June and has since rebranded as Warner Media.

Warner Media announced last year its plans to launch in Q4 2019 its own streaming service to push HBO programmes and other series owned by the company.

Broadcasters are looking to diversify the direct-to-consumer offerings with Disney+ and Apple TV+ recently confirmed as launching in the near future, while Comcast confirmed earlier this year its Flex streaming video on demand (SVOD) platform would focus on non-cable customers who have signed up for the company’s broadband internet.

Hulu was launched in 2008 and has grown to have more than 25 million subscribers in the US with live news, entertainment and sports from 21st Century Fox, The Walt Disney Company, NBC Universal, CBS Corporation, The CW, Turner Networks, A+E Networks and Discovery Networks.

It sets itself apart from other SVOD services by offering viewers instant access to current shows from all major US broadcast network with libraries of TV programmes and films including The Handmaid’s Tale, Marvels’ Runaways and Castle Rock.

Upcoming Hulu Originals include Catch-22 from George Clooney; Four Weddings and a Funeral from Mindy Kaling; Wu-Tang: An American Saga from Brian Grazer and RZA; Ramy from Jerrod Carmichael and Ramy Youssef and Little Fires Everywhere from Reese Witherspoon and Kerry Washington.

Netflix trumps AT&T, Comcast and Disney services
Netflix will see uninterrupted subscriber growth and success into 2024, according to a new report forecasting the SVOD platform success by Rethink TV.

AT&T acquired Time Warner in a $85 billion transaction; Disney acquired 21st Century Fox for $71 billion and Comcast which has owned NBC-Universal for a while now has just acquired Sky for $39 billion in Europe.

The report reveals that AT&T will struggle to accelerate its belief in addressable advertising, while Comcast will do well outside of the US in both advertising and pay TV but will come last in the race for SVOD subscribers.

Disney, which owns ESPN+ and a massive movie catalogue are noted at “wild cards” to form a leading position, however will struggle to make inroads into SVOD globally, despite inheriting some key leading regions such as India.

According to the report: “Come 2024 Netflix will remain the dominant force in streaming, earning more streaming revenue than the big three put together and it will have a growing influence on what is watched around the world.

“Its market share will dilute from 63% last year to 52% by 2024, but our forecasts show that Netflix cannot be shifted from the number one spot.”

It concluded that AT&T and Comcast will continue to be reliant on their cellular and broadband revenues for all growth until beyond the forecast period.