Audio vendors have risen to the production challenges of Covid-19 with a flurry of new or updated solutions for recording in the field and at home, writes David Davies. 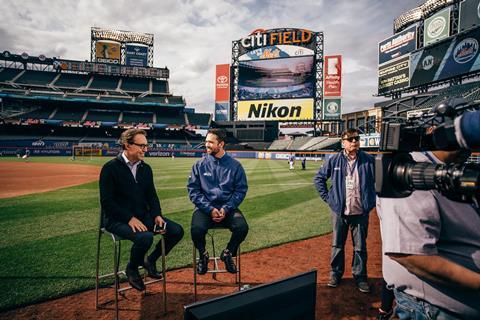 DPA: Responding to the changing times with new interview applications

The trend towards more home-based contributions to, in particular, news and factual programming was already well-established before the pandemic. But, as the early weeks of the crisis unfolded, it soon became apparent that there was going to be a dramatic – and sustained – increase in remote appearances by presenters, correspondents and guests.

Suffice to say, some of the initial results were less than ideal. “You started to see more people contributing from home, and a lot of the time the audio was pretty terrible as they were talking on their phone or using the microphone in their laptop,” recalls Shure senior director, pro audio Tuomo Tolonen. “But as time went by you noticed that more and more was being done to improve the quality.”

In no small part, this is due to vendors rising to the challenge with fresh or alternative systems geared towards quick and easy set-up and operation – often via USB or XLR. Although new products geared towards more demanding live event and sports applications have still reached the market, it’s apparent that – for entirely logical reasons – the emphasis over the past 12 months has been on solutions that, as Tolonen notes, “can get great results very quickly and are essentially plug-and-play”.

Isolation technology for isolated people
In Shure’s case, it was a fortunate coincidence that the company had launched a very relevant new product, the MV7 dynamic microphone, just a few months before the pandemic. Designed to be simple to deploy and control, the MV7 is Shure’s first hybrid XLR/USB microphone and was originally geared towards the needs of the thriving podcast sector.

“The MV7 was not developed for the conditions of the pandemic, but from a launch point of view it did coincide well with [broadcasters and service providers] wanting to achieve audio from home that had a higher broadcast quality,” says Tolonen. Hence, as time ticked by and it became clear how long remote contributions would be required, there was “a big uptake in demand” for the MV7 from broadcast customers.

Acknowledging the less predictable acoustic circumstances of non-studio audio, Shure’s Voice Isolation Technology means that the microphone’s pick-up pattern focuses solely on the voice by bringing it to the forefront of the recording. Along with the free Shure MOTIV app for desktop, the MV7 also allows users to adjust key settings such as tone and distance from the mic. While USB connectivity supports laptop usage, an XLR output also allows it to be deployed with interfaces, mixers and other pro-audio equipment.

‘Get the interview, keep the distance’
Of course, it was not only at-home contributions that heralded new audio challenges, with the need to maintain social distancing also impacting upon in-person interviews, including those out in the field. With this in mind DPA presented its 4097 Interview Kit, based around the 4097 micro shotgun microphone and including a retractable boom pole, cable, cold shoe mount and windjammer. A well-established choice for interview applications, the 4in 4097 mic has a supercardioid pattern capable of handling high SPLs (133dB peak) to deliver an undistorted natural sound. In this setting it is able to ensure that reporters “get the interview, but keep the distance”. 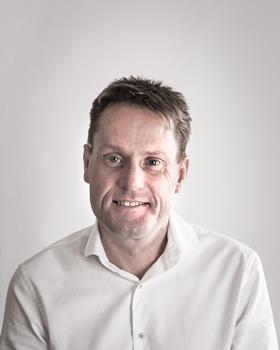 “Right away we were able to offer an immediate response to the distancing requirement for interviews. We have had a very strong uptake of the product, with the 4097 also doing very well in film and documentary production,” says DPA product manager René Mørch, who notes that the mic can also be connected to laptops and devices via the MMA-A digital audio interface.

“Right away we were able to offer an immediate response to the distancing requirement for interviews. We have had a very strong uptake of the 4097 Interview Kit,” René Mørch, DPA

DPA has also made another striking contribution to pandemic audio production in the form of a new immersive sports crowd performance system, Sonofans, launched by sound designer and mixer Fred Vogler. Designed to replicate audience noise and atmosphere in this time of no or greatly reduced audiences in sports venues, Sonofans draws on a library of sounds – some dating back 15 years – created using recordings captured with DPA’s 4091 omni condenser mic, 4560 binaural mic and the MMA-A interface.

Back at DPA’s Danish headquarters, Mørch reveals that the company has “put more work into R&D than ever before during the pandemic. To deliver the best systems that are out there, you have to invest in R&D.” Accordingly, he reveals that new product details will be announced shortly. 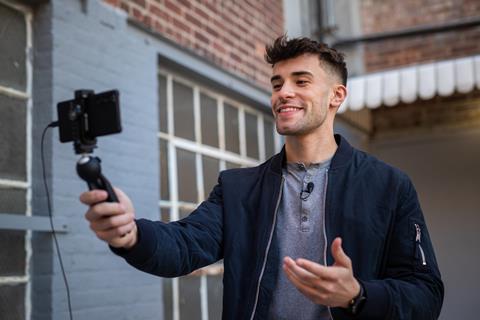 Attach, connect and create
Sennheiser is another company that has been innovating for some time in the area of self-operating and podcast-oriented audio, but whose latest solutions have found a further resonance during the pandemic. For instance, it now has a growing range of audio-for-video microphones, designed for use with mobile devices as well as DSLRs and mirrorless cameras. The most recent addition, a new generation of the classic MKE 400, was announced earlier this month, following on from the especially compact application-oriented MKE 200 last autumn.

Tobias von Allwörden, head of portfolio management – audio for video at Sennheiser, comments: “With the MKE 200, we are offering creators the first step to upgrading their sound. Improved audio significantly increases the overall quality of your content. The MKE 200 makes this possible with its unique design, which minimises handling and wind noise. Simply attach it to the shoe mount, select the appropriate cable for your device and you’re good to go.”

“With the MKE 200, we are offering creators the first step to upgrading their sound. Improved audio significantly increases the overall quality of your content,” Tobias von Allwörden, Sennheiser

With a view towards home-based users including podcasters and vloggers, Sennheiser has also just launched a new omni-directional clip-on mic, the XS Lav. Designed to provide a “clearly noticeable upgrade in sound quality”, the XS Lav is available with TRRS or USB connectors and can be connected to users’ computers or mobile devices. 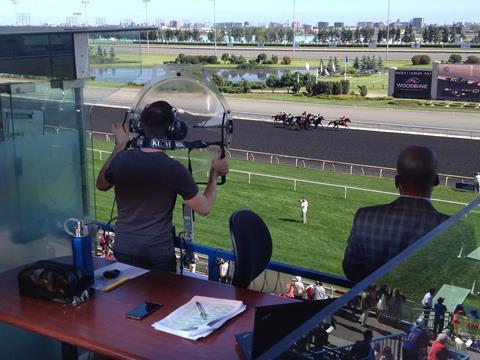 Streaming applications have taken off
Klover Products is a newer addition to the pro-audio community, having been launched in 2012 by Paul Terpstra and Patrick Santini with the aim of producing flexible and high-performance parabolic microphones. While live broadcast applications such as sports (where its products are often used to capture audience ambience) continue to be key spaces for the company, Klover has also found some of its solutions resonating in “surprising and encouraging ways” elsewhere.

In particular, says Terpstra, “there has been a great deal of interest related to streaming, including among colleges that decided to stream sessions, where parabolic microphones are provided to capture the audio of the professors and [other contributors] without the need to mic them up individually”. The 9in parabolic has proven to be especially popular in educational settings as well as more conventional broadcasting interview scenarios. With take-up of parabolic mics for streaming from houses of worship also increasing, says Terpstra, “it has in many ways been a surprising year for us”.

It’s a sentiment that many others would echo when reflecting on a year that has underlined audio vendors’ ability to respond quickly to changing demands. And while there will soon be renewed talk of more elaborate systems geared for major sporting tournaments and live entertainment productions, the widespread improvement in at-home and distanced audio quality achieved over the past 12 months is here to stay.