BBC NHU: “The pace of change is crazy” 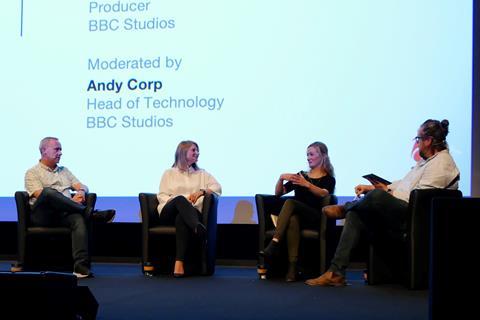 During the talk at IBC2019, he showed off some spectacular footage from some of the BBC’s recent hits such as Planet Earth 2, Blue Planet 2, Dynasties and the latest production Seven Worlds, One Planet.

The IBC screenings were in UHD HDR, with images helped by the fact that content is now increasingly being captured in 6K and 8K.

Jackson said that the pace of technology change was simply “crazy”, but every member of the team – including the current roster of some 80 expeditions spread over 40 countries – were committed to driving innovation. “Eight years ago, we made Africa with ENG cameras in 720p and HD ready. Planet Earth 2, just three years ago, was captured in 6K but we are now filming in 7.5 and 8K. The style of shooting has also changed, with far more cinematic-type shots.”

BBC Studios head of production, NHU, Maria Norman said the unit’s brief was simple - to raise the bar ever higher in every production. “Where we are planning and preparing for highly-complex shoots we have much greater choice today in terms of cameras, but we have to be aware of the impact each could have on workflows and budgets.”

Rachel Butler, a producer at the unit, said the pressure is considerable, not least because equipment is expensive. “And then to make matters worse I then send it underwater!” she said. “Our underwater camera teams also benefit from new technology, and air rebreathers mean that they can stay down 3-6 hours at a time.”

The NHU is making significant use of drones, in ways that would have been unthinkable just a couple of years ago. “As well as regular use outdoors, we use them in caves, at night, over water and we have crews working today in the Russian Arctic, but I can’t tell you on what,” said Jackson.

BBC Studios is now working on Frozen Planet II and Planet Earth III, which will be released in 2021 and 2022 respectively.