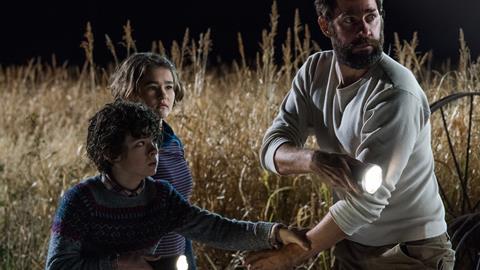 Behind the scenes: A Quiet Place

Ethan Van der Ryn and Erik Aadahl, the supervising sound editors of Oscar-nominated A Quiet Place, on establishing the rules of silence and the shock of what happens if you break it.

It’s the goal of any suspense movie to have audiences on the edge of their seat but the breakout horror hit of last year is so tense it has literally achieved this.

The premise of A Quiet Place, directed, co-written and starring John Krasinski, is that any noise leads to certain death on-screen but the sound design is executed so expertly that audiences found themselves complicit in the conceit. 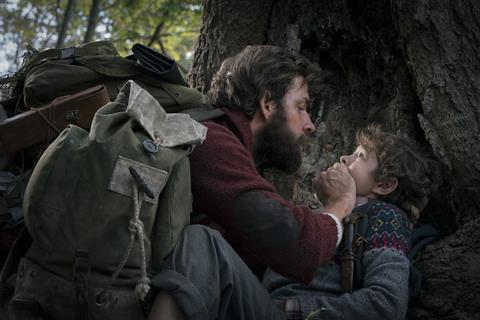 A Quiet Place: Director and actor John Krasinski with Noah Jupe as Lee and Marcus Abbott

“It’s almost as if they’re afraid to breathe. They are certainly not rustling the popcorn,” observes Ethan Van der Ryn, supervising sound editor with Erik Aadahl.

“What’s most pleasing is that this film forces people to change the way they perceive cinema. Many modern films, visual effects or action-dramas in particular, will tend to have a bombastic soundtrack which naturally pushes the audience to recline in their seats but what happens when you strip out the sound is that you remove this comfort blanket.

“If you can tie that silence to the jeopardy on screen, then people start to lean forward. They become aware of the sound they are making and hold their breath just like the characters. In a way, the audience becomes an active participant in the story.”

This psychoacoustic effect didn’t come about by accident. Van der Ryn and Aadhal are two of the most accomplished sound designers in Hollywood, teaming for the last decade on some of the biggest action, VFX and creature movies like Godzilla, Monsters vs Aliens, The Meg, Bumblebee and every Transformers movie. Before partnering with Aadhal, Van der Ryn had worked on The Godfather: Part III, Terminator 2: Judgement Day, Titanic, Saving Private Ryan, Pearl Harbor, The Lord of the Rings trilogy and King Kong, while Aadahl’s credits include I, Robot, Superman Returns, Argo and The Tree of Life.

“When John sent us the script we knew this would be different from anything we’d done before,” says Van der Ryn. “Even in movies where there’s a lot going on visually we’ve found that the story often worked best if we pared back the number of sounds to focus attention on the central character or key action within a scene. A Quiet Place took this to a completely other level. We stripped everything back to the bone and forced the audience to focus on very specific sounds. 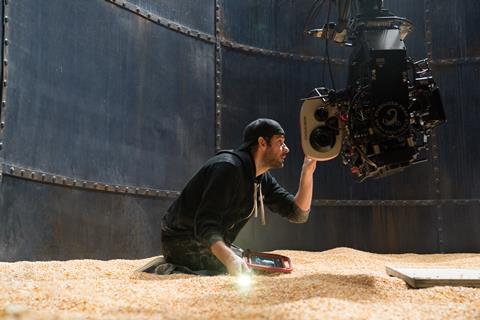 “Different from anything we’d done before”: John Krasinski directed, co-wrote, co-produced and starred in A Quiet Place

Aadhal has a shorthand for their craft. “Where the cinematographer is concerned with the contrast between light and dark, our job is to contrast loud with quiet – or in this case quiet and quieter.”

The film depicts a family in a world terrorised by strange creatures, blind but with such hyper-sensitive hearing that any slight noise will lead them to kill you. Spoken dialogue is minimal although the main characters communicate in sign language, which is subtitled.

“Sound and picture always evolve together but in this case sound was so integral to the storytelling we had to conceive the philosophical brush strokes before anything was shot,” says Aadhal, who with Van der Ryn was hired in pre-production to conceptualise the film’s universe.

“The most difficult scene was therefore going to be the opening one since the film’s narrative would depend on how well we laid down the ground rules. An obvious point is that there’s not a lot of words so that the sound design has to help describe the situation.

”Some of this is subtle ambience building to help relay the idea that basically nothing would live very long if it made too much sound. For instance, we use the ambience of crickets but the sound is very even - no single insect stands out from the background. By the same token there are no single birds heard although you see some single crows way up in the sky. Lots of subtle cues like this in the sound design help establish the set-up.

“At the same time, it’s all contextual. You could make a louder sound if a background sound masks your own, as is the case later in the film at a waterfall. So, at the start of the film we emphasise atmospheric sounds outside the drug store which provide cover, to an extent, for the characters inside.” 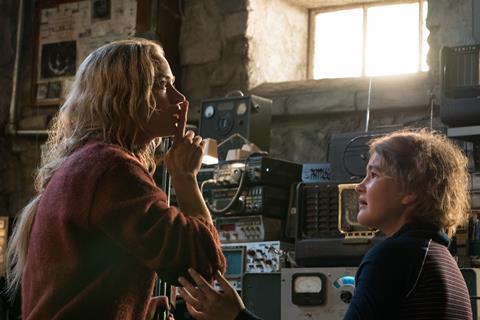 The sound designers next developed a set of aural identifiers, or “sonic envelopes” in their terms, to tell the story from different perspectives. These included the mother and father (played by Krasinski and Emily Blunt), the stethoscope to listen to the heartbeat of the baby she is carrying, listening to shortwave radio and of Regan, their deaf daughter (played by Millicent Simmonds who also happens to be deaf).

“With Regan we made two envelopes, one when she has her cochlear implant turned on, and another when it’s off,” Van der Ryn explains. “Millicent and her mother were a great help in designing this since they were able to explain that when the implant is on she can hear albeit in very muffled tones. When it is off, she is in complete silence, something we built into the script at three moments.”

Going to this “digital zero” was not something either of them had done on a project before.

“We didn’t want this to feel like a sound experiment but I think it says a lot about the bravery of the filmmakers and the studio to go with this idea,” says Aadhal. “We had to judge how far to stretch it.” 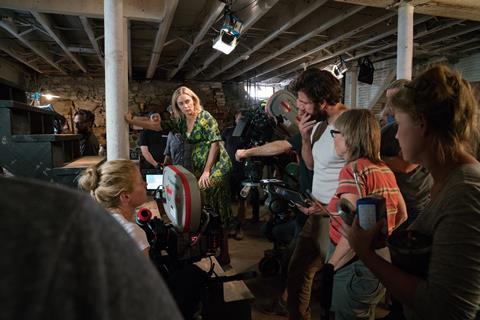 “Got to be terrifying”: The cast on set with Director of Photography Charlotte Bruus Christensen, far left

What’s more, the film only has one musical cue, Neil Young’s ‘Harvest Moon’ heard over the radio, and a spare if menacing score from Marco Beltrami that had to blend into the naturalistic details.

“Too much music and it would pull the audience back into the cinema and away from feeling like they are participating in the story world,” he adds.

Creating the creature itself meant solving a paradox. How could one compose a signature style for a creature which is violently disturbed by sound?

“The main direction we got from John was that it’s got to be terrifying and scary,” explains Van der Ryn.

“We got to a point early in design when we had too much sound for them and we realised that it’s scarier when they made less noise. These are creatures whose sense of hearing is amplified beyond what a human would hear, so we started to pull it back. It’s a bit like Jaws. The less you see or hear, the scarier it is.”

They were also working in the dark, since the VFX team had yet to devise what the creature would look like or how it would move.

“While sound is painful for the creatures they rely on sound to navigate. So, using the concept of echolocation and sonar we played around with the real-life clicks and squeaks of animals like Beluga whales, dolphins and bats.”

When these sounds were found to be “too relatable” they decided to create something that no-one had heard before. To the patterns of echolocation they added an electrical component, taken from a story plot point involving static, interference and feedback from TVs and Regan’s implant.

“In any project we treat ourselves as the first audience,” says Van der Ryn. “Our decisions are often about how we respond on a gut level. A lot of A Quiet Place is based on that emotion. Do we feel goosebumps? If so, we’re onto something.”

While the film is primed for the hermetically sealed world of cinema, injected with a Dolby Atmos mix in the best theatres, how will the film play in the more hectic living room?

“Turn off the dishwasher,” is Aadhal’s advice. “And the washing machine. Close the door. Turn off the lights. Ideally wear headphones. We’re all multi-tasking everywhere, even watching TV, that we rarely get the chance to just focus and listen.”