4
Behind the scenes: BT Sport’s Early Kick Off
Trends

Behind the scenes: BT Sport’s Early Kick Off

In part three of IBC365’s Premier League 2019 special, Paolo Pescatore went behind the scenes with BT Sport to look at how it is innovating lives broadcasts of the new football season. 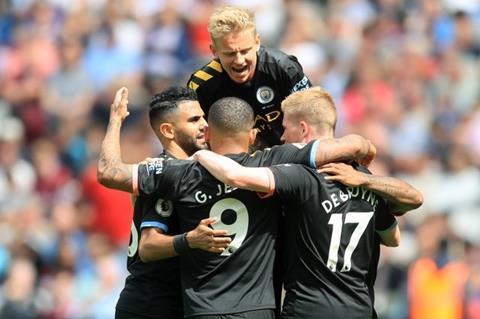 The new Premier League football season kicked off over the weekend. This coincided with the new TV broadcast rights deal which sees Sky Sports showing more games, BT Sport return to the lunchtime slot and Amazon’s arrival. Arguably, the biggest impact saw the debut of video assistant referring (VAR) which has already generated some controversy.

A new eagerly anticipated footie season presents TV rights holders with an opportunity to be novel and bring new features to market. This latest season is no exemption as the battle off the field is as intense as the action on the pitch.

Every year BT Sport has brought new innovations to the UK sports broadcasting market. This has helped to grow its audience year-on-year in both its Premier League and Champions League coverage claims Stephen Cook, head of live Television at BT Sport.

This year, its new features and services include new channel BT Sport Ultimate, a new programming line-up, new talent and the introduction of new technology to bring sports fans closer to the action.

Early Kick Off Show
On Saturday, IBC365 was invited along to get behind the scenes access to BT Sport’s line-up and get a sense of the challenges of bringing this content to life. Coincidentally, its first lunchtime match of the season was West Ham vs. Manchester City at the London Stadium which is a short walk from BT’s Stratford studios. This gave a view as to how the studios works closely with the outside broadcast (OB) team in real time. More so with the new early kick off show to start the conversation on Saturdays. For BT Sport, this was a perfect opportunity to air the first part of this new show from the studios led by Jules Breach and Robbie Savage with debuts from Peter Crouch and Karen Carney. While the second part of the show was aired from London Stadium led by Jake Humphrey with new guest Joe Cole joining Rio Ferdinand.

Significant planning was required for this early kick off show. It is somewhat different to the Premier League Tonight show which ended its Saturday line-up for the last three years. Primarily, the new show seeks to set the tone for the day ahead covering key upcoming battles as well the weekly news. Interestingly, it is a bigger slot which means more airtime to fill.

Cook suggests that “previously, the Premier League Tonight show was full stop to the weekend with a preview to Sunday. Now with this new show we set agenda for the weekend as well as retain some of the great elements of Premier League tonight in early kick off show.” 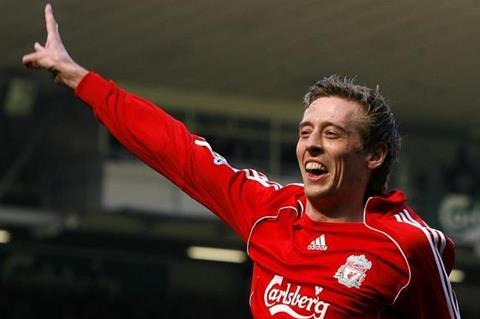 Crouch on the Couch: “Will work well on digital as well

In addition, producers structure the show in a way that clips can be used for its online and social feeds. Cooke adds: “We don’t think of programmes as linear. Linear and digital work together. A great example is Crouch on the Couch which is something that will work on digital as well.”

The attention to detail should not be underestimated in terms of planning and research for the show’s presenter and guests. For example, a big talking point was the transfer deadline, winners/losers, who spent the most etc. Each presenter had a pack of stats of all transfers by club.

As part of its match build up, the presenters and pundits were outside of the studio in the stadium. This is part of BT’s new informal approach, getting fans closer to the action and the crowd atmosphere.

BT Sport Score
While, back at the studios the crew transformed the floor from the early kick off set for BT Sport Score. This demonstrates one of the strongest assets of the studio and represents an opportunity for BT Sport to offer its production facility to other broadcasters as a service.

Referee’s view in the studio is another new addition to the BT Sport score show. This is largely due to the introduction of VAR, allowing for a seasoned referee to offer an insight into key decisions. In particular help articulate the reasoning behind decisions given the way VAR might be interpreted which might vary compared to before.

Remote Production
Remote production is a big area of focus for BT Sport this year. In fact, for the first time it remotely produced all Vanarama National League matches that aired at 3pm on Saturday. A camera in every stadium was connected via 4G back to its studio. The production team in Stratford was then able to edit in real time to create a highlights show for early Saturday evening at 7.30pm. This is in stark contrast to last year relying on huge file transfers, only for the highlights show to be aired on Sunday night.

For the season ahead, BT Sport is looking at using a mixture of technologies that involves 4G/5G, fibre and satellite. It all boils down to cost and scale depending on the sports event. For Saturday, 4G was sufficient as there was no need to air the games live. Therefore, low latency was not paramount on this occasion. Moving forward, 5G will be the primary option as and when it is available. It is only a question of time when BT Sport extends remote production to other sports including Premier League.

BT Sport Ultimate
Saturday’s Premier League match also saw the first HDR broadcast on selected mobile devices as part of its new BT Sport Ultimate service. Andy Beale, chief engineer at BT Sport says that “It is all about bringing the ultimate experience to a wider base. Technically, this is best experience anywhere in the world. Users can now watch HD and HDR on mobile devices. And via BT TV, the option to watch in 4K and Dolby Atmos.”

The service is arguably quite limited at this time due to devices restrictions and needs to be extended to support a greater range of devices including smart TVs to enable mass take-up. 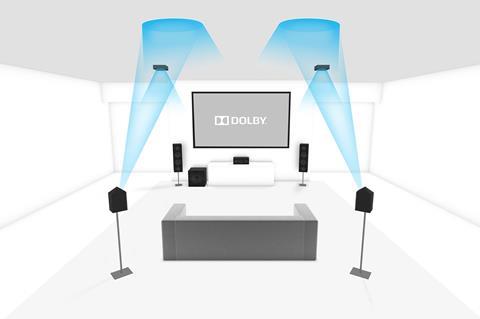 Dolby Atmos: All of BT Sport’s 52 live Premier League games per season,  will be supported by Dolby Atmos.

Also, there’s a lot more coming to a new updated version of the BT Sport providing greater interactivity including enhanced multicam and improved 360 video clips that appear much more quickly.

With new players emerging, BT Sport cannot afford to rest on its laurels. For the UK’s sports broadcasting industry, all eyes on what Amazon – who enters the field this season - might do. Amazon’s recent deals with BT Sport shows a commitment to work more closely with the UK sports broadcasting market.

Premier league sports fans are now accustomed to top quality professional produced football; it is about creating a story around the match. Ultimately, this is a strong endorsement for BT Sport’s capabilities. More importantly, it represents another revenue stream by leveraging its facilities and vast pedigree in bringing innovation to sports fans. The novel features that BT Sport has brought to the UK sports broadcasting market has set the benchmark extremely high for rivals. Encouragingly, this represents a new phase of growth in the evolution of BT Sport.

Undoubtedly, Sky Sports is still the home of Premier League football. BT Sport has firmly established itself as a key sports service among fans and is a fierce rival to Sky. While it is still early days for Amazon it is testing the waters and steadily increasing its focus on sports in its quest to drive further value for its Prime subscribers.