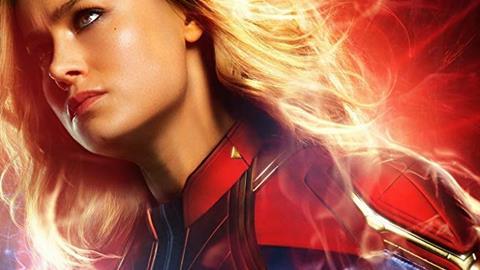 Behind the scenes: Captain Marvel

The lack of female nominees in key craft categories – editing, cinematography and directing – was a glaring gap in the Oscar line-up this year. Indeed, the dial has barely moved in an industry dominated for more than the century of its existence by men. 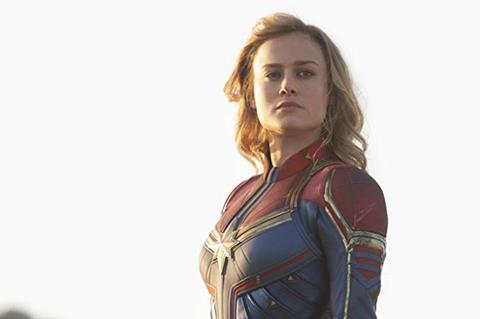 What’s more, there’s money to be made in U$100million-plus superhero franchise movies with female heroines.

The breakthrough in this regard was arguably Warner Bros. DC universe origins story Wonder Woman, directed by Patti Jenkins in 2017. The film went on to make nearly U$900m worldwide, with the sequel Wonder Woman 1984, slated for released in 2020, also starring Gal Gadot and helmed by Jenkins (from her treatment) releasing this Christmas.

Before then, we get Captain Marvel, Disney’s first title in the Marvel Cinematic Universe (MCU) with a female superhero lead which is also the first to be directed by a woman.

Anna Boden co-directs with Ryan Fleck, a directing partnership best known for 2006 indie Half Nelson (which propelled Ryan Gosling to stardom on the back of an Oscar nomination), co-writing and co-directing the 2008 baseball drama Sugar and the 2015 poker drama Mississippi Grind.

Budgeted at U$150m and expected to make $1bn in line with other MCU releases, Captain Marvel is their biggest film to date by some margin.

MCU studio chief Kevin Feige is on record saying that he was impressed with Boden and Fleck’s ability to create character-driven stories in their previous work. Feige was instrumental in selecting Ryan Coogler to direct Black Panther after Coogler stamped his mark with indie films Fruitvale Station and Creed.

The Avengers prequel features the writing input of four women. The screenplay is by Boden and Fleck with Geneva Robertson-Dworet and Jac Schaeffer from a story by Nicole Perlman (who wrote the script for Guardians of the Galaxy) and Anna Waterhouse.

“We’ve been talking a lot about archetypes and what we want this movie to be about and just how to write a strong female superhero without making it Superman with boobs,” Perlman told Wired. “We’ll catch ourselves and say, ‘Wait a minute, what are we saying [here] about women in power?’ Then we have to say, ’Why are we getting so hung up on that? We should just tell the best story and build the best character.’” 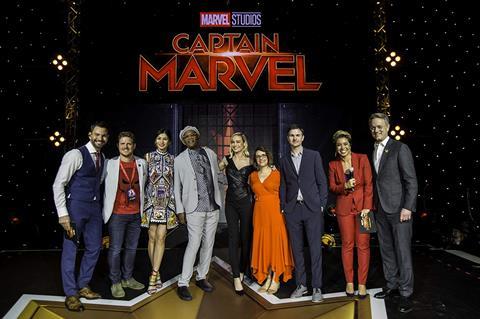 “The story lends itself to a [feminist narrative],” Boden explained to Marie Claire. “We just found what we thought was strong and powerful about this character and stayed to that story. No, we’re not trying to make this movie about all women—we can’t make it about all women’s journeys—but we want to just be really true to this woman’s journey.”

This woman in question is Carol Danvers (played by Brie Larson), former US Air Force pilot, who joins Starforce, an interstellar police squad and is pitched into a heated battle between two rival alien races, the Krees and Skrulls.

The film is set in 1995, a period which Boden and Fleck have mined for ‘90s nostalgia.

This includes the detailed recreation of a Blockbuster video store that Captain Marvel crash-lands into in LA. Fleck, incidentally, was working at a Blockbusters store in 1995. Like Guardians of the Galaxy, the film has a retro soundtrack including songs by Nirvana and female-fronted bands Hole, TLC and Garbage. The duo’s treatment references darkly comic ‘90s sci-fi action movies like Robocop, Terminator 2 and also 1970’s classics of paranoia French Connection and The Conversation.

Its lensed by British DP Ben Davis, BSC who previously photographed Guardians of the Galaxy, Doctor Strange and Avengers: Age of Ultron.

“Of all the Marvel features I’ve shot this is the most naturalistic,” he told IBC365. “There’s a lot of handheld and location work and we’ve tried to emulate the look in the earthbound scenes of cinema from the 1990s. I enjoy these stories the most when you have an extraordinary person in an ordinary world and that’s essentially the story we’re telling.”

The more than 2000 vfx shots were supervised by Christopher Townsend, who has worked on just about every Marvel movie you can name, and farmed out to multiple facilities including ILM, Framestore, Cinesite-owned German studio Trixter, Animal Logic, Luma Pictures and Digital Domain. 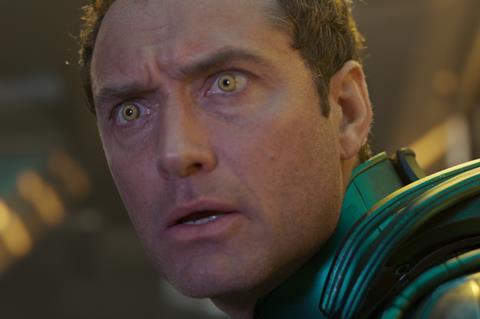 Regardless, it is the female-powered storyline, which like Black Panther’s black power theme, which will resonate. A recent report revealed that women accounted for just 8% of directors working on the top 250 films in 2018, which was down by 3% from 11 in 2017.

Speaking to the LA Times just before this year’s Academy Awards where Black Panther was up for Best Picture, Feige said that inclusion has been a very long time coming to the MCU — both onscreen, in the form of the heroes who get to carry their own movies, and behind the camera.

“I really do think that the talent was always there, but the talent wasn’t always, to be honest with you, on the lists that we were going through,” said Feige. “That has completely changed today. Not only because, with Captain Marvel, we said, ‘We must hire a woman to direct it’ internally, but also because the entire world has changed. And there will be many more announcements to come. Put it this way, it’s only the beginning.”

While the very idea of a female Marvel hero (Scarlett Johansson’s Black Widow Avenger aside) has certain fanboys hot under the collar and posting negative reviews and comments on social media, Boden herself wants to move the conversation on.

“This is the movie I really wanted to be a part of. It has been really amazing to work on this canvas with a character that so many people care so much about,” she told a press conference promoting the film. “But it’s 2019… and everybody here looks for the day when it is not news worthy that a woman is directing this kind of movie.”