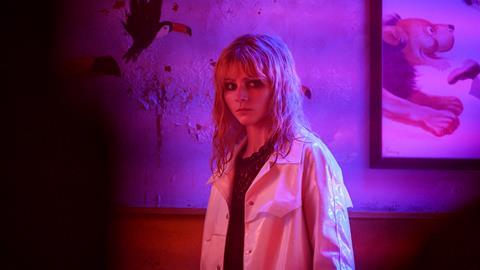 Behind the Scenes: Last Night in Soho

The past seeps into the present in Edgar Wright’s psychological thriller Last Night in Soho – a hallucinogenic quality accomplished using techniques advanced from the director’s music-driven action caper Baby Driver. 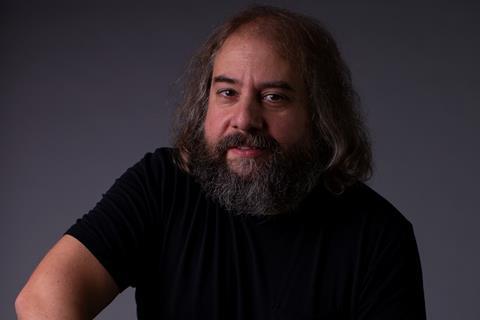 Riding shotgun once again is editor Paul Machliss, ACE who first teamed with Wright on comedy show Spaced after the Australian jump-started his career in the UK via the IBC trade show (of which more later).

“There are very specific songs attached to specific scenes where certain actions occur and immediately my mind started racing about how we achieve these ideas,” Machliss tells IBC365. “On Baby Driver we devised a way to time music with shots and I knew that Soho would be moving that forward.”

Wright first told Machliss about Soho in spring 2012. “We were gearing up to shoot The World’s End. He’d just shot a test for Ant-Man (the Marvel project Wright later departed citing creative differences). We were even doing preliminary sound on Baby Driver. Since we lived 10 minutes away from each other in north London I’d often go to his house for work sessions. On one of those he suggested grabbing some lunch and on the walk to Angel Islington he told me the story of Soho. I remember all these ideas spilling out.”

Wright later asked Krysty Wilson-Cairns (1917) to punch up the script but the original concept remained.

“When the past lets you in, the truth will come out”

“We borrowed from Nic Roeg’s Don’t Look Now and Roman Polanski’s Repulsion – not only stylistically and but also in subject matter,” Machliss explains. “There are ethereal elements from those features that are carried into Soho.”

It was Wright’s ideas for visually transitioning the character of Eloise into the past which proved the most exciting technical challenge. 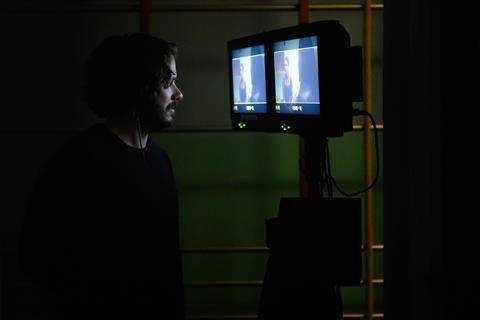 “The creative problem was how we get from the present day to the ’60s and back,” Machliss explains. “Initially it’s through Eloise dreaming. She always goes to sleep listening to music from her favourite era. We are playing with time and transitions where we can have her go out of her bedroom door into a Soho night club but the way we carry it through, particularly with the lighting and the music, is perhaps unique.”

On Baby Driver, Machliss was essentially editing on set to help Wright choreograph the music tracks to the action so that each shot would cut together fluently. On Soho, Machliss went two steps further and helped programme the lighting in key scenes to be in synchronicity with music and on-screen movement.

To do this, firstly the songs were broken into ‘beat sheets’ for the lighting cues to align lyrics or verse changes to changes in the story. “These are the kind of ideas we carried across from Baby Driver,” he says.

For one recurring transition the red, white, blue neon lighting that lights Eloise’s bedroom is flashed ‘red, red, red, red’. Working from the beat sheet Machliss created a timecode for the sequence in his Avid which could be read by Pro Tools for playing back the music and by the computer in control of the lighting panels on set. Put them all together and the lighting, music and action was able to perform in sync and in camera.

If that weren’t complicated enough, Wright wanted to record some of these waking dream – living nightmare – sequences at a higher frame rate (36 frames per second) and put the camera on a motion control rig to convey a visual impression of Eloise mirroring her doppelgänger.

“The aim is for the lights, the camera, the music to work harmoniously into a heightened emotional awareness to the point where we really want to try and assault your senses,” Paul Machliss, ACE

As you can imagine, that took a bit of work. Machliss spent many hours “rehearsing” with the lighting team. “It involved reprogramming everything again with a version of the track running a third faster than normal. The camera would roll at 32fps and the lighting would be matched to the frame rate.”

The film spirals into darkness as the central character becomes unhinged. “The music and lighting have been guiding the viewer to a point where the camerawork becomes just as unsettled as her. The whole story descends into this crazy psychedelic world. Because it is set in that era we can be quite trippy - so we are! The aim is for the lights, the camera, the music to work harmoniously into a heightened emotional awareness to the point where we really want to try and assault your senses.”

Like many editors, Machliss also takes pride in working with sound to craft the story. On this occasion he went a step further and created sound FX that were incorporated into the final mix. It’s a spirit of experimentation which Wright encourages.

“This goes back to when we worked on Spaced. Back then, Edgar didn’t want to leave anything to chance so, instead of waiting for full audio post, we decided to create the most convincing soundtrack we could before showing episodes to the execs.”

He may only have had 8 tracks to play with on the more primitive Avids of 20 years ago, but the concept hasn’t changed. “It’s about using old-fashioned rules to come up with new sounds,” Machliss says.

For Soho, he spent hours in the picture cutting room working with sound and altering dialogue to devise sonic ideas that would add to the film’s unsettling ambience. 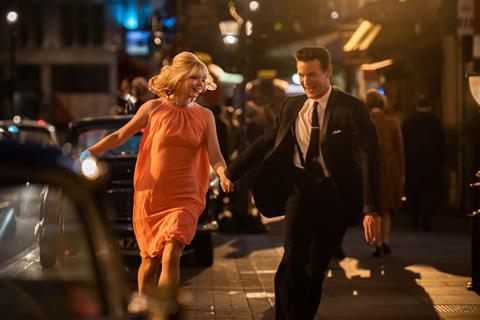 “There is stuff I’m proud of that has made it into the final mix. Taking phrases and having them start as almost unrecognisable blobs of sounds and slowly they turn into recognisable lines from our characters.

He played with filter sweeps and looping phrases, playing the audio clip backwards, adding some echo, playing it forwards – effectively using the Avid as if it were a linear ‘tape-machine’ and layering the tracks one at a time rather than using dedicated audio plug-ins through an SFX chain.

“I’m not breaking any ground here,” he insists. “You can easily process these sounds on a computer, but since this is a film redolent of a past era we wanted to see if we could make sounds that could have been made in that era without the aid of a thousand and one plug-ins.”

As with Baby Driver, particular songs are vital to the emotional drive of the film. Unlike Baby Driver, there is plenty of dialogue-only drama and this time around Oscar-winning composer Steven Price (Gravity) has more scope to write a score.

“Steve was able to compose several cues while we were filming,” says Machliss. “We had no idea how we were going to use this music and Steve had no idea of the context of the story at the time, but he was influenced by some storyboards, the previz sequences and the dailies.”

The score from The Shining was used as temp music while Machliss played with the multitracks of instrumentation provided by Price.

“Essentially this was Steve’s score broken down into 16 tracks on the Avid so you could see a ‘strings’ line here or a low electronic drone there. Another for piano. When we started to introduce musical themes we had these great cues and started to play around and mute the tracks. What would it sound like if we had just half the instrumentation? 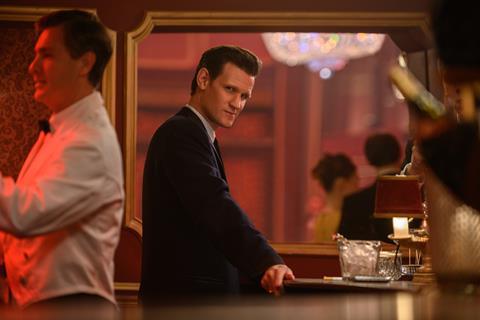 “We got it down to a point where, buried in this incredible orchestral score, was a three piano note motif. We soloed it and realised that this tiny element from a much bigger score was the film’s thematic key. This simple motif is literally the first thing you hear with the studio logos and becomes a running theme in the film. Right from the beginning it’s unsettling and immediately says the story we are going to tell you will be different… so buckle in.”

DNEG worked on the VFX though most of this was ‘invisible’ such as cleaning up location shots of Soho streets dressed for 1965. Bateman Street, Frith Street and Greek Street had shops replaced with period facades for night shoots featuring dozens of ’60s vehicles.

“You can always tell when things are shot for real,” Machliss says. “There’s something about the dimensionality of it and the interaction of characters with the set that you know is real and not green screen.”

A 1:1 replica of legendary cabaret Café de Paris was built at Leavesden (the original located near Piccadilly Circus closed for good last year). When Diana Rigg, in her last film appearance, was invited to see the set, Machliss says she declared it identical to how it looked in its heyday hosting Frank Sinatra, Judy Garland and Noel Coward.

“You can always tell when things are shot for real. There’s something about the dimensionality of it and the interaction of characters with the set,” Paul Machliss, ACE

Another goosebump moment for Machliss was during the re-recording of Cilla Black’s Your My World in studio one at Abbey Road.

“Edgar and I are sitting there listening and thinking that Cilla Black recorded this song 60 years earlier probably using the same mics, in the same room, the same vibes, the same air being pushed around as where we were right then. That was something magical.”

Machliss started his career working at a post facility in Australia which had a broadcast kit hire division. This gear included a new slomo replay system from Sony which Machliss helped ‘test drive’ and feedback for the company. Harbouring ambitions to edit and feeling he stood a better chance in the creative heart of London’s Soho, Machliss hatched a plan.

“I knew Sony had dozens of people who could operate the kit but fewer people willing to demo it at trade shows. I made my pitch to Sony to be one of their demo team at IBC, knowing that if they invited me it was my opportunity to go to England and start a big adventure. Just three weeks before IBC 1996, Sony said yes. I resigned from the facility, booked my plane ticket to London and did the IBC show. 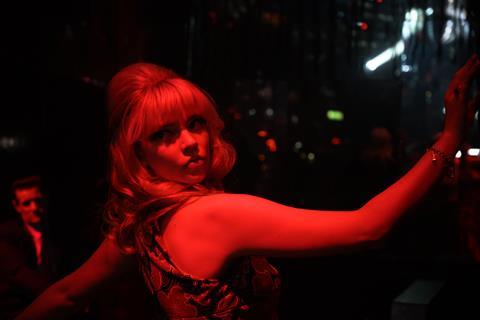 “It was great. I met a number of people there and afterwards stayed on in London.”

In fact, Machliss returned to IBC as a demo artist in 1997 and 1998 all the while getting a foot on the edit ladder cutting episodes of shows like Escape to River Cottage. A year later he met Edgar Wright and joined Spaced.

“That was that was how I used IBC as a springboard to get to the UK. I was living in a tiny attic in Paddington. I had one suitcase and I didn’t know a soul but I thought ‘let’s give it a go’.”