Behind the Scenes: Small Axe

Steve McQueen’s acclaimed series about the West Indian experience in 1970s London doesn’t so much rewrite history as write the community into British history. 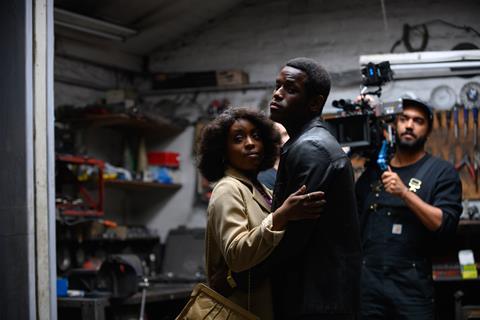 Shabier Kirchner had never been to Carnival outside of Trinidad and Antigua, so when he went to Notting Hill in 2019 he made the most of it. The cinematographer had just shot Mangrove for director Steve McQueen and was about to embark on Lovers Rock, another in the five films that comprises the acclaimed BBC miniseries Small Axe.

“It was just hot and sweaty with so many black people fully expressing themselves and the love for each other, and the love for the culture,” Kirchner says of Notting Hill. “I went to a house party afterwards and the party was bathed in the craziest light. I woke up the next morning still drunk from the night before. It was a bank holiday but Steve had called us in for a meeting.”

McQueen wanted to discuss Lovers Rock. They had scouted the location found by the art department, but had never spoken about the film’s visual language.

“I proceeded to tell him about the energy of what I had experienced. The whole birth of Lovers Rock was that conversation. How do we transform that feeling of literal intoxication visually?”

The film will resonate with anyone who has attended a house party thanks to Kirchner’s camera which moves rhythmically with the partygoers and to the reggae music. It was named by Sight & Sound as the best film of 2020.

The impetus was “not rewriting history, but writing us into history,” Kirchner explained to Sight & Sound “When you ask Steve why he made Small Axe for television, he says it’s because he wanted his mum to see it. He wants her to switch on the BBC and see our stories there on the screen in the living room. That is something that black people got robbed of the chance of seeing.”

Created, directed and co-written by McQueen, each Small Axe drama about London’s West Indian community is treated individually and shot with different film or digital formats. They are kaleidoscopic in showing characters impacted but not defined by racism with equal weight given to a nostalgic and personal celebration of family, friendship and Black British culture from 1969 to the mid-1980s.

Kirchner proved the perfect collaborator for McQueen but, if not quite plucked out of nowhere, the Antiguan was not the obvious choice.

“It was Shabier’s showreel that first struck me,” McQueen’s regular cinematographer, Sean Bobbitt BSC, tells IBC365. “When we met in London he told me we’d met before on a Skype call when I was tutoring at the NFTS [National Film & Television School]. He had applied but the school didn’t accept him because he was so far advanced there was no way he was going to gain from attending. But no-one ever told him that.”

Mostly self-taught, Kirchner was highlighted in 2018 by Variety as a ‘Cinematographer to Watch’, having made a name filming several shorts and indie features, including Skate Kitchen (2018), about teen girl skateboarders.

“His attitude was impressive,” Bobbitt says. “It was that, and that he doesn’t just do drama but art installations, that felt like he would be a really good match for Steve. It was only later that I learned he was from Antigua.”

“I had wanted to find a young British black camera person… What was shocking was that I couldn’t find that person in the UK. A lot more needs to be done in terms of diversity and opening up the industry here,” Sean Bobbitt, cinematographer

Bobbitt who had worked with the director on such films as Shame, 12 Years a Slave and Widows, was unavailable for Small Axe but was asked by McQueen to recommend someone

“I had wanted to find a young British black camera person,” he says. “The stories are powerful but from a privileged white middle-class background they don’t mean the same to me as they do to someone who has actually suffered racism. What was shocking was that I couldn’t find that person in the UK. A lot more needs to be done in terms of diversity and opening up the industry here.” 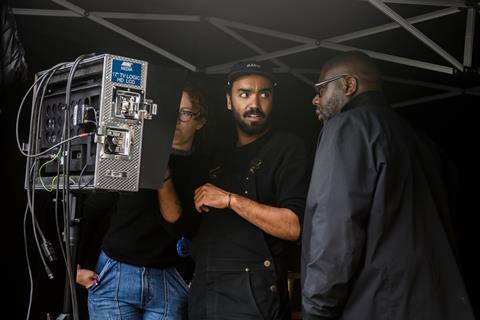 The longest film in the series, Mangrove – a true story centering on the Mangrove Caribbean restaurant in Notting Hill and the 1971 trial of the so-called Mangrove Nine – moves from street demonstrations to courtroom drama. Kirchner chose to use 2-perf 35mm Kodak stock (500T 5219) on Arricam LTs using Cooke Speed Panchro lenses.

The exposed negative was push-processed to increase grain and contrast in the image and to make colours such as red and orange stand out. The intent was to feel more handmade, textured and “community built”, than smooth and digital.

Red, White and Blue, the true story of how black police officer Leroy Logan tried to change the institutional racism of the Met by joining the force, was shot on three-perf 35mm with an unfussy style that focused on John Boyega’s Golden Globe-winning performance.

Kirchner mounted Cooke S4 glass on Arricam LT and Arriflex 235 cameras to give a sharper and cleaner-looking result than Mangrove.

Education, an account of the injustices of the schooling system through the experience of a young boy, was shot handheld on Arriflex 416 Super16mm to suggest BBC drama of the period, such as those about working-class characters directed by Alan Clarke, Ken Loach and Mike Leigh.

Alex Wheatle, a biopic of the early life of the DJ-turned-novelist set against the backdrop of the New Cross Massacre and the 1981 Brixton riots, is filmed on the Sony Venice. The camera’s larger field of view allowed Kirchner to “frame Alex in a beautiful close up but see the entire world around him at the same time”.

Lovers Rock was also digitally shot, on Alexa Mini, partly so they wouldn’t have to cut and change film reels every 11 minutes. A lighting rig over the main dance room allowed the DP and the actors to move freely in the space for long takes. “We changed the lighting according to the narrative, the emotion of what was happening. We wanted it to feel quite contemporary in its feel, but also a spiritual representation of Black love.”

Kirchner says he was conscious of the responsibility of bringing these stories of West Indian heritage to screen. During production he even badged the film camera magazines with the flag of a different Caribbean country.

“I’m becoming less and less interested in the parameters we’ve been told filmmakers should operate in by Western culture,” he said. “For me, this isn’t cinema, this is ancestral. In a time when our histories are fading, I want to be able to keep making choices that preserve that in any way possible.” 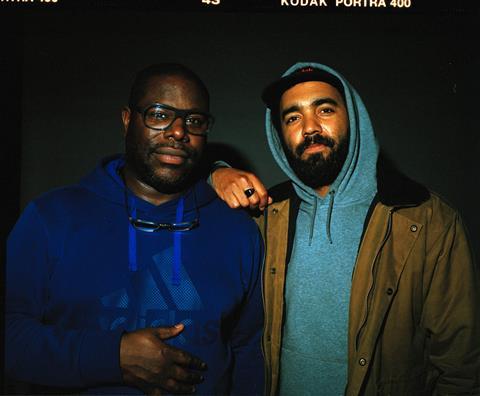 For production designer Helen Scott (A Very English Scandal) the main challenge was unpacking five distinct scripts in a compressed timeframe. Mangrove was shot over seven weeks. The rest of the films took between two and four weeks each, with filming interspersed with breaks for rest, recces and prep.

“We wanted a clear divide between each episode and that drove the location scouting,” Scott says. “The time scales were so tight. Quite often we made decisions without Steve while he was busy filming.”

Parts of Kilburn were dressed to double as Notting Hill. Goldthorn Avenue in suburban Wolverhampton stood in for the (now gentrified) boroughs of Hornsey and Hackney. The modern building used for Hendon police college was in Shrewsbury.

“Steve wanted authenticity and accuracy and would challenge us with that – sometimes quite unexpectedly,” she says. “For example, for Mangrove he was very keen to know exactly what the shops were on the All Saints Road at the time, what the street layout was and how each building sat alongside each other.”

Jonathan Barker’s photographs of West London from the era provided a reference point. “The photos no longer represent reality, of course, so the challenge was in finding locations that hadn’t been developed, crowded with buildings and trees, where there should really be gaps left from the bombings. Ultimately, we had to construct our own version of that era.”

“Steve wanted authenticity and accuracy and would challenge us with that – sometimes quite unexpectedly,” Helen Scott, production designer

Alongside researching national archives, family photo albums, newspapers and periodicals, Scott also had the opportunity to talk to Leroy Logan and musician Leee John, a friend of Logan’s who shared insight into his character. She also spoke with Alex Wheatle, who visited the set.

“Research and facts are your bones and the things you work with to give the design an overall look,” she says. “On top of that you have to overlay tone.”

She adds: “Steve and I talked of Mangrove being a story about the written word with written messages standing for the unheard voices. We chose to convey this graphically, placing banners and graffiti in the design. With Shabier we talked about how that part of London felt dusty and parched but that a vibrancy was emerging and the Mangrove was the hub and lifeblood of that. That’s where the colour palette came in. The Mangrove appears hot and rich in colour contrasted to the streets outside which are drained of colour. I wanted that sense of urgency, unambiguity and clarity in the design.”

Lovers Rock was less about a place, she says, and more about creating a frisson between people and the detail of what they were feeling and doing. “Creating atmosphere was much more important than the party house and its walls,” she says. “The accuracy felt less important as what we were creating was the bubble of a world, a fairy tale. The breath and sensuality of that along with the smoke and dancing established the space more than anything.”

The most challenging part of this film was creating an accurate journey between Ealing and the party in Notting Hill, and the journey the romantic couple take on his bike home afterwards.

“Steve had visual anchors along the way which had to be effectively described, but ultimately, he has the ability to simplify the journey and draw our focus making it just about them and their story,” Scott says.

“Each script had a set of characters, locations and time zones that are different and with no physical continuity but nonetheless they are all connected,” she says. “It was about trying to find the nuance of each film.”