The theatrical window is under threat with streamers capitalising on cinema closure. Will it ever be replaced? Adrian Pennington investigates. 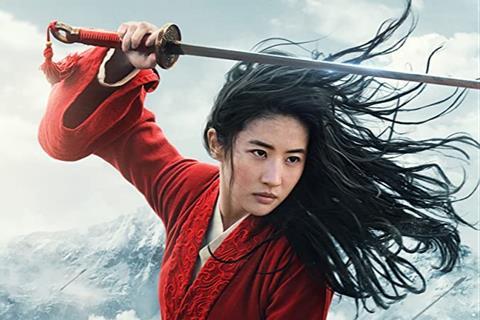 Disney: Have stated they will evaluate launch strategies on a case by case basis

Hollywood studios and indie film distributors are crunching the numbers. Does it pay to release a movie straight to digital and break with decades of convention which gave first run exclusivity to cinemas?

NBCUniversal has been most aggressive in this regard. Not only did it drop Trolls World Tour onto digital shelves rather than reschedule release for cinema (as it did with Minions: The Rise of Gru), CEO Jeff Shell inflamed tension among exhibitors by saying he expected premium VOD to complement, not replace, theatrical distribution when cinemas reopen.

“[Cinema] is how people make their movies and how they expect the movies to be seen,” Shell told analysts on 30 April. “But the flip side is the majority of movies, whether we like it or not, are being consumed at home and it’s not realistic to assume that we’re not going to change, that this part of the business isn’t going to change.”

Disney chief executive Bob Chapek was more supportive of cinemas but said the company plans to evaluate launch strategies for its blockbusters on a “case by case” basis, at least while theatres remain closed or under restricted attendance.

Disney will premiere Kenneth Branagh directed Artemis Fowl exclusively on Disney+, while using Mulan to test audience appetite for returning to the cinema with release in July.

The exhibition industry has been up in arms with European theatre association UNIC, warning that allowing movies to break release windows could do long-term damage to the industry. But there is some hard business truth behind Shell’s blunt message. The stay at home habit may have stuck.

According to a study of U.S consumers conducted in mid-May by analytics firms Performance Research and Full Circle Research, 70% of people would rather see a first-run feature as a digital rental at home than in a cinema. Fear of going back into public spaces prompted 37% of people to say they plan to attend cinema less often than pre-quarantine while 10 percent say they may never go again.

Nor is it just studios weighing release strategies for blockbusters. Independent film distributors have been doing the unthinkable and shrinking or outright cancelling cinema runs for films on their slate.

In urgent search of revenue, distributors of lower budget fayre across Europe have been taking films directly to consumers, creating new models for independent distribution that could outlast the current crisis.

According to a study of U.S consumers conducted in mid-May by analytics firms Performance Research and Full Circle Research, 70% of people would rather see a first-run feature as a digital rental at home than in a cinema.

Even in France, where cinema viewing is so sacrosanct that the government mandates a 36-month window, distributors have recently been allowed to shorten the time to VOD for films on release before the coronavirus shutdown.

According to Variety, the most lucrative alternative to theatrical right now is a sale to a SVOD platform like Amazon or Netflix, which will buy rights to a movie that was financed to play in theatres and handsomely compensate the partners involved.

While theatrical will be hit proportionally harder than most other entertainment sectors, there’s a big upside for streamers. Ampere’s latest forecasts suggest streaming will gain 12% of additional growth in revenue between now and 2025.

While the analyst expects to see some short-term gains reversed when lockdown is lifted, the shift toward on-demand viewing was already underway.

“Key to the longer-term prospects is the acceleration of consumer behavioural change which will benefit streamers,” says Guy Bisson, Ampere’s research director. 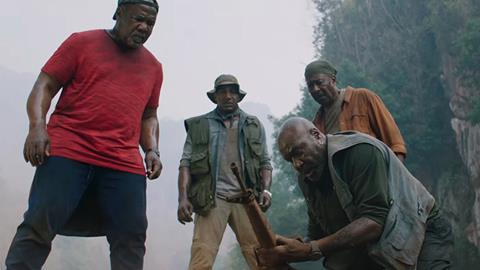 Da 5 Bloods: Spike Lee’s latest film is going to be a Netflix exclusive

Winning mindshare
It’s hardly surprising that lockdown has led to a huge surge in streaming consumption and new subscriptions, benefiting not just SVOD but broadcaster video on-demand (BVoD) and other catch-up services.

Viewing of internet video on TV in the US was up 109% in March, according to Nielsen data. Stay-at-home measures have also reversed the decade-long trend of declining broadcast television viewing in the UK. Compared to a year ago, the average time spent watching TV was up 6% per person in March and 22% in April, according to Ampere figures. The average viewer watched television for 25 hours per week in April – a level not seen in April since 2016.

The new SVODs on the block, including Disney+ and HBO Max, were always going to be in a battle for a share of household wallets but COVID-19 has given them a captive audience desperate for entertainment.

Netflix’ strategy is most acute in this regard. It had a strong slate of original feature-length commissions already in the works and planned to give a selection of those the window-dressing of a theatrical play.

Spike Lee’s Da 5 Bloods, for example, was always planned for release in early summer with a short period in cinemas. The film, which has picked up early Oscar buzz, will now be a Netflix exclusive.

The Academy of Motion Picture Arts has tweaked its own rules to permit nominations for titles released this year for Oscar contention even if they’ve never been near a cinema.

Other subscription services, including Disney+ and Quibi, have seized the chance to build mindshare with enticing free to view time-limited offers.

Niche arthouse film streamer Mubi has struck deals with individual cinemas, including Rio Cinema in London and Berlin’s Yorck Kinos, to give their members access to its service.

Launching in France and the UK in June is Nowave, a French-based SVOD with a selection of rarely seen or theatrically unreleased arthouse pics.

Cinema never dies
However, the story is far from a simple case of streamer take all. Theatrical remains hugely important to how features productions generate money.

According to Variety, most European distributors are hesitant to go straight to VOD, even if they’ve been allowed to do so during the pandemic by film organisation. A distributor’s biggest fear is to see its movies lost in a sea of content online, destroying the value of these titles in secondary markets after a single round on pay VOD. 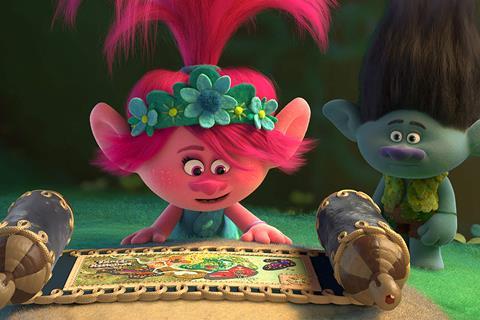 Berlin-based distributor X Verleih broke the theatrical window for the comedy Die Känguru-Chroniken (The Kangaroo Chronicles) taking it out of cinemas when the pandemic hit and straight to VOD.

“It’s the most successful VOD release we’ve ever had,” Leila Hamid of X Verleih told The Hollywood Reporter, “but the figures don’t make up for what we expect we would have earned in theatres.”

NBCU has said that the premium VoD sale of Trolls World Tour had exceeded expectations with The Wall Street Journal reporting that the studio has earned more than $77m in revenue from the film. Other analysts calculate that the price of its $19.99 two-day rental transacted up 12 million times globally (not an unreasonable bet), means Trolls has made around $200 million.

However, Deadline argues in some detail about why those numbers don’t stack up. Even withstanding the greater cut of revenue that flows back to the studio (80% from VOD, 50% from theatrical) the concentration on a premium VOD negates significant chunks of future revenue from other windows such as VOD and TV rights.

“Exceeding expectations” is relative if your starting point is trying to claw back as much coin as possible from a film that cost $90 million to produce, let alone publicise.

Indeed, studios might find it hard to price future titles for PVOD at such a premium. The Performance Research study found that nearly half of consumers would be willing to pay $10 to watch a first-run movie from their sofa, only 20% said they would pay $20; and 19% said they’d only watch if the film was free (or as part of standard subscription streaming service).

Ampere says that there are only a handful of markets where streaming is a big enough business to make straight to online film distribution worthwhile.

Digital transactional revenues for PVOD and electronic sell-through (EST) were $4.25 billion in the US in 2019, or 40% of the $10.5bn theatrical market, it estimates. Similarly, in the UK, Germany, Japan and South Korea digital transactional revenues last year were between 30% and 40% of their respective box office returns. Not bad, but not enough for a Disney Marvel movie expecting to recoup a billion dollars by extracting value in tickets and publicity from wide cinema release.

Analysis of internet search activity by Ampere Analysis confirms that lockdown has further encouraged consumers to seek out free video content. Google trend data over the last 12 months, ending April 2020, shows that the search terms “free movies” and “free shows” reached a peak in the last month. AVoD (advertising-supported Video-on Demand) services especially, as well as free trial access to paid-for services, have become a ready source for such content.

“As overall disposable income is reduced, some consumers may disengage from pay VOD and TV services, instead switching their viewing to free-at-the-point-of-consumption AVoD.” - Isaq Chowdhury

“The AVoD business model works well in consumers’ hunt for greater volumes of content. Indeed, crucial to the strategy is the provision of a large and diverse catalogue to drive consumption and increase the volume of commercials being watched,” says analyst Isaq Chowdhury.

The term “Tubi” also reached a peak in April 2020. The AVoD service, acquired by Fox in March 2020, recorded its largest usage growth to date in March 2020, and reported more than a 50 percent increase in new signups. Its deep catalogue would appear to be an asset here: Ampere’s Analytics tracking data shows that as of February 2020, Tubi had nearly five times as many movies available to watch in the US as SVoD rival Netflix.

The longer-term prospects for AVoD services are mixed. “A recession-driven decline in advertising spend will likely slow the growth of the sector overall, yet the anticipated economic pressure on consumers may also represent a watershed moment for free-to-access content,” assesses Chowdhury.

“As overall disposable income is reduced, some consumers may disengage from pay VOD and TV services, instead switching their viewing to free-at-the-point-of-consumption AVoD.”

Services such as Tubi, Pluto and Peacock, along with services with ad-supported tiers like Hulu, could yet benefit from this shift with increased sign-ups and viewership.