Cameras and lenses: Demand for anamorphic and full frame continues to accelerate

After a brief drop in activity after the pandemic struck last year, demand for cameras and lenses, for production of high-end drama and film in particular, have picked up remarkably quickly, reports David Davies. 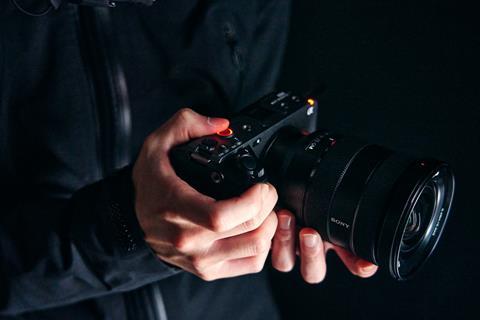 Industry watchers could have been forgiven for predicting tough times ahead when lockdowns halted filming in many countries during spring 2020. But the subsequent introduction of workable new rules – and, critically, the soaring demand for content from streaming services suddenly awash with new subscribers – meant that any downturn was only short-term in nature.

“It was perhaps a little quiet in April, but since then I have never been busier,” says Carey Duff, director of sale Europe for Cooke Optics, in a not untypical remark.

Any lull was used wisely to bolster inventory and build up stocks, while pandemic-related financial support measures in many countries – for instance, the French government’s state guarantee scheme for businesses that provides four-year no-interest loans – have also helped ensure that “people had money on the table, and they came to my door! Then there are plenty of other countries where the demand kept growing too… it’s crazy out there.”

All of which bodes well for the quantity and quality of production, especially on high-end drama and film, as conditions move closer to normality. As for the cameras and lenses being sought, the impetus to comply with specifications from leading streaming services is continuing to grow, as is the favouring of the distinctive looks that can be created by using anamorphic and full frame lenses – feted for their ability to deliver a wider field of view and greater flexibility for depth of field, respectively.

High-quality images, high-pressure environments
Canon is among the manufacturers to be paying attention to the high-quality, high-content turnover expectations of streaming services such as Netflix. Accommodating “all sizes of production” is another priority, confirms Canon UK & Ireland B2B production segment manager Barry Griffin, who points to the recent introduction of “three new Cinema EOS cameras, two new EOS R cameras and lots of new lenses.” 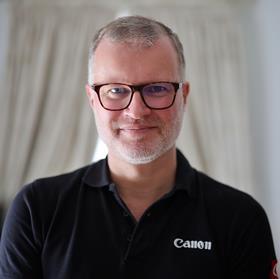 The ‘cinematic look’-friendly Sumire lenses and Cinema EOS cameras (which are all Netflix approved) continue to be in demand, while Griffin reports that “the C500 Mark II – with its full frame sensor, internal Cinema RAW Light codec, and assistant functions like the dual pixel auto focus and internal electronic image stabilisation – has helped productions in getting takes done quickly and reliably. We are also seeing that the C300 Mark III and C70 have had a real surge in interest as they both use the same dual gain sensor and make a great A and B camera solution.” 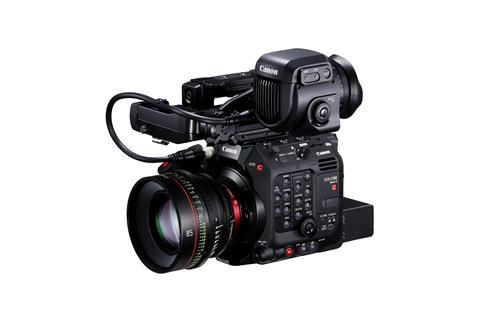 Specific recent productions include a documentary following the world’s leading surgeons, The Surgeon’s Cut, which was shot with the Canon EOS C500 Mark II and Sumire lenses. Griffin recalls: “The scientific four-parter, which was BBC Studios’ first commission for Netflix, required a camera that would deliver high-quality images in a high-pressure environment.”

Achieving specific looks
Providing customers with “the cameras they need to be able to get specific looks, along with high levels of operability and reliability” are among the enduring design imperatives cited by Claus Pfeifer, who is head of technical sales at Sony Professional Solutions Europe.

“The high quality requirements of streaming services are certainly something that is very to the fore [for content creators],” Claus Pfeifer, Sony Professional Solutions Europe

One of the latest introductions, announced in late February, is a further addition to Sony’s Cinema Line. The full frame FX3 delivers a cinematic look and is said to be especially relevant to “early-career creators”, as well as for use alongside the Venice, FX9 and FX6 cameras. “It does lend itself to one-person, documentary-style filmmaking,” says Pfeifer, “while it can also be a good ‘crash camera’ for larger productions that are using the Venice”. 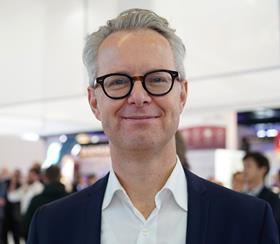 Pfeifer confirms that streaming specifications are also increasingly critical and points out that the Venice, FX6 and FX9 are all Netflix-approved. “The high quality requirements of streaming services are certainly something that is very to the fore [for content creators],” he notes.

Appetite for large-format production
Cooke Optics, too, has been well-positioned to chart the impact of increased clamour for large-format production, having introduced its new Anamorphic/i Full Frame Plus range in advance of NAB 2019. Providing users with popular anamorphic characteristics such as flare and oval bokeh, the range continues to resonate as content services evolve.

“Anamorphic is a very in-vogue style at the moment and the streamers like it too,” says Duff, who also highlights the increasing parity between the expectations of content producers whether for cinema, linear TV or streaming: “There is an expectation that it will be polished, high-end and deliverable to every country. The wish to [supply international markets] is really what’s driving the business.”

“Anamorphic is a very in-vogue style at the moment and the streamers like it too. There is an expectation that it will be polished, high-end and deliverable to every country,” Carey Duff, Cooke Optics

In particular, Duff believes the popularity of anamorphic owes much to its ability to deliver content that “looks expensive and rich – which is what most people are signing up for [when they subscribe to content services].” Nonetheless, he does acknowledge that it “will not work for every job, and there could be projects where it is actually detrimental to telling the story”. 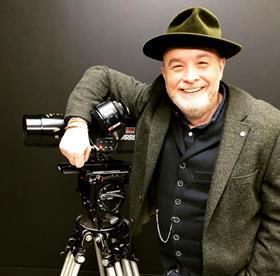 Meanwhile, Duff anticipates that full frame “will come back with a vengeance this year in Europe – we have already felt that in the UK”. With multiple production formats continuing for the foreseeable future, the fact that “if you have a lens for full frame you are also going to be able to cover smaller formats [will remain appealing]. I don’t think the interest in full frame was ever going to go away, really.”

Support to keep production running
While it is clear that the prevailing camera and lens trends are not currently the subject of profound change, the need for vendors to provide solutions that are both robust and reliable is only going to become more acute as production cycles intensify – not least because virtually everyone expects content production levels to remain high on the back of a bumper year for streaming services.

Last word to Canon’s Griffin, who offers a succinct roll call of the essential elements for any new camera geared towards high-end production. Customers, he says, are “wanting flexibility and reliability in the cameras they use. A light, modular [product] is important, as are assistant tools in-camera, such as reliable auto focus, that will assist in getting certain critical shots done in fewer takes and less time. Strong codecs (eg. Cinema RAW Light) that can be captured internally [avoid the need for] external recorders all the time, while quick and easy-to-access controls and dials are also vital.”

Last but certainly not least, the customer needs to have access to an effective and responsive support service. “The last thing you need is your camera being sent away for far too long to get something sorted,” he says. “Having local reliable service is key to keeping productions running.”