Accessibility and cost-efficiency are among the factors underpinning the continued rise to prominence of cloud storage throughout broadcast, writes David Davies. 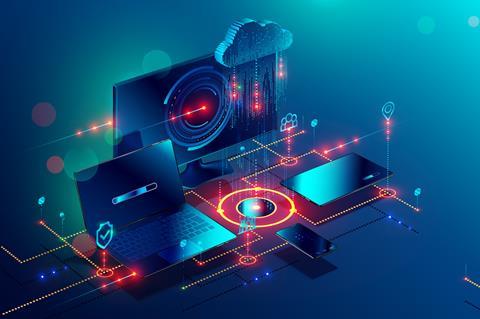 Cloud storage: Playing a pivotal role in broadcast and streaming due to its cost and operational efficiency

Scalability and resilience were among the factors leading more and more broadcasters towards cloud storage well before the pandemic got underway. But like so many other pre-existing trends, this one has undoubtedly been accelerated by the current crisis and, specifically, the need to ensure optimum accessibility of assets.

“The move towards having [different elements of the broadcast chain] in the cloud has been taking place for some time now, but the pace is increasing,” confirms Baskar Subramanian, founder of Amagi Labs. In particular, he adds, there is greater recognition of “the flexibility that the cloud gives to customers, and the scope it provides in terms of adjusting the dynamics of cost and performance.”

In fact, the potential cost and operational efficiency of cloud storage means that it is playing an increasingly pivotal role in different facets of broadcast and streaming – with new solutions hitting the market at a sustained rate over the past 2-3 years. 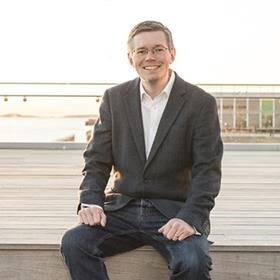 ‘Tested against reality’
For Stephen Tallamy, chief technology officer of media workflow, storage and editing solutions company EditShare, recent acceleration in cloud adoption has been “a validation of our approach that was formulated before the pandemic. It’s just that as the cloud has gone from ‘nice to have’ to ‘must have, now!’, our methodologies have been tested and validated against reality.”

Whilst the need to “work collaboratively and remotely” during the pandemic has been a driver of cloud storage adoption, other actors are more long-term – including the gradually lowering costs of both the storage itself and the bandwidth associated with using it.

“But beyond that, the bigger picture is that the cloud has capabilities that on-prem will never have – like the fact that it’s everywhere, and that beyond scalability it has the ability to facilitate change even by orders of magnitude in an instant – in a way that a physical installation never could. It also allows multiple vendors’ products to work together in an optimal way.”

Nonetheless, there is an expectation that different organisations will want to adapt in contrasting ways. In particular, “as we move from the early adopters to the mass market we expect that enabling hybrid workflows which combine local storage with cloud storage will be critical. We also believe customers want choice in their cloud provider and so we will continue to drive an open approach that allows customers to embrace the cloud on their terms,” says Tallamy.

To this end, EditShare’s storage stack – the EFS media-optimised file system – is able to work both in the cloud and the physical world, with the emphasis continuing to be on increased granularity and richer metadata. Customers also have the option “to take advantage of different underlying cloud storage – including disk, SSD, NVME and object storage.” 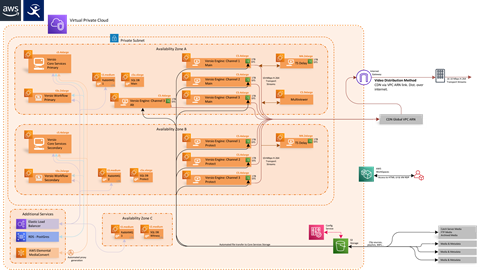 Available anywhere
The rooting of cloud storage in services furnished by one of the leading tech giants is another factor encouraging customers to begin migration. For instance, Imagine Communications president Steve Reynolds points to the fact that the company’s Versio Modular Playout platform “takes advantage of AWS [Amazon Web Services] S3 storage service to deliver limitless storage capability and availability anywhere for all our customers’ assets – including as-run logs, metadata files, proxy clips, traffic playlist files and more. Playout assets are delivered via automated services to near-line storage prior to playout.”

Although the cloud heralds greater flexibility of storage, Reynolds indicates that its adoption is still ultimately “driven more by applications rather than a pure ‘storage play’.” Increased remote working has made transfer to the public cloud for greater accessibility more attractive, and in this context “we find that a lot of customers are using AWS a great deal, with S3 serving as the landing zone for content.”

“The cloud has capabilities that on-prem will never have – like the fact that it’s everywhere, and that beyond scalability it has the ability to facilitate change even by orders of magnitude in an instant – in a way that a physical installation never could,” Stephen Tallamy, Editshare

He agrees with the suggestion that, if various major 2021 sports events are to take place, there will be an “unprecedented” level of remote production that will require an even greater dependence on cloud storage of media assets. Such a reliance might lead some to raise concerns about security, but Reynolds believes that this is mistaken given the dedicated teams that providers such as AWS are maintaining.

“If you think about the number of people who are working [within these companies] on cloud security and pro-active monitoring, then there are not many broadcasters who can say they are doing something similar,” he says, alluding to on-premise infrastructures. 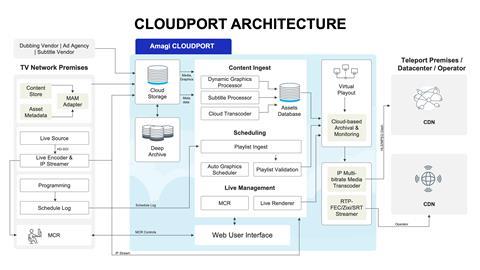 ‘Different business needs’
Allowing broadcasters to meet “different business needs” while also stressing the importance of “geographical redundancy” with regard to media infrastructure and assets is integral to the approach of Amagi, whose solutions include the Cloudport cloud-based channel playout platform. Suitable for delivering channels over satellite, fibre or IP, Cloudport’s USPs include the ability to automate processes such as playlist generation as well as quality checks for configurable parameters.

Acknowledging the “rapid acceleration” towards cloud-based activities throughout broadcast, Subramanian draws attention to one specific aspect of Cloudport. “The way we architect and optimise cloud storage and compute differentiates us from other players significantly,” he says. Amagi points to a tier-1 broadcaster, as part of its RFP process, having ascertained that Amagi cloud broadcast architecture is sufficiently optimised to be able to offer significant cost-efficiencies over competitors. “We spin/up down microservices as per requirements, and ensure that cloud storage and compute resources are optimally used.”

But whilst he is in no doubt that cloud capabilities will continue to evolve, individual geographical capacity is still important. “We do recommend that separate geographical regions having separate systems to give the highest possible redundancy is the best approach” – effectively meaning a duplication of the cloud infrastructure in each relevant territory.

Delivering improved experiences
Whilst scalability and accessibility have recommended the cloud to content creators during the pandemic, the same can be said of consumers. At the end of the broadcast chain, an increasing number of solutions employing cloud storage are giving viewers greater flexibility over what they record and how and when they watch it. Broadpeak’s Cloud PVR – which allows subscribers to record and store an unlimited number of content at the same time, and switch from one screen to another whenever they want – is a case in point. 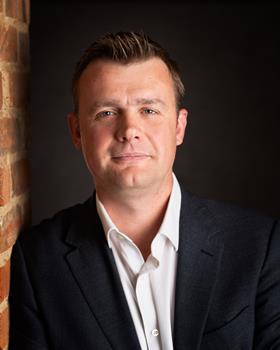 Pointing to recent deployments by companies such as Orange – which is using Cloud PVR as part of its Network PVR service in France – Broadpeak VP business development Xavier Leclercq emphasises the “increased use of the cloud downstream from the broadcast systems. There was already a momentum behind time-shifting and library storage to take place in the cloud, but that has accelerated as more and more content has been made available and time-shifting consumption traffic has increased.”

In particular, he feels that cloud-based consumer solutions will help content creators because viewers can record everything they might want to see and then decide what to keep – and what to get rid of. Cloud DVR is therefore a “good solution in terms of reducing churn,” says Leclercq.

Throughout the broadcast chain there is an expectation that AI and ML will have a greater role to play in asset management and identification – especially as the amount of content to be stored continues to skyrocket. But whilst this area of endeavour is very much a ‘work in progress’ for now, it’s already evident that broadcasters have an abundance of foundation-level solutions that can make their migration to the cloud relatively swift and painless.