Competition from digital players is forcing European public service broadcasters to work more closely together on technology products, says Antonio Arcidiacono, the new Director of Technology and Innovation at the EBU. 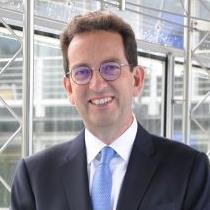 Arcidiacono, the former Director of Innovation at Eutelsat, was appointed to his new role at the EBU in June.

He said that because EBU members are all public service broadcasters, they can collaborate easily. “For decades, they were under little pressure, but today they are pressured to create great things together.”

The willingness is there to collaborate, said Arcidiacono, citing the diversity of big and small broadcasters adopting joint projects like 5G-XCast.

“The window into the next decade is interesting because we have the challenge from big players like Netflix and Amazon,” he said. “This is pushing EBU people to do something much more extraordinary.

“Gladly we have the technologies (AI and 5G) which give us all the bricks to invent new products. It is a challenge, but the laws of physics always help in adding compatibility between systems,” he added.

“What worries me is the level at which we will be able to pool resources, and deliver results.” Antonio Arcidiacono, EBU

Arcidiacono had the intuition that broadcasting and IP would wed in 1995. “The combination of what can be done in pure broadcasting and IP/IT activity is the real value to construct. The IP layer is the kind of Esperanto middle that is going to plug all other systems inside,” he said.

“5G people are now recognising that the pure broadcast network is what they need if they want to deliver live content of value. This is where the convergence is happening,” he added.

Arcidiacono has one big concern. He said: “What worries me is the level at which we will be able to pool resources, and deliver results. Projects by nature are short to medium term and you need the guts to persuade people to work together.

IBC2018 Antonio Arcidiacono will be speaking EBU: Public Service Media and the coming age of AI and Cloud-based workflows on Monday 17 September