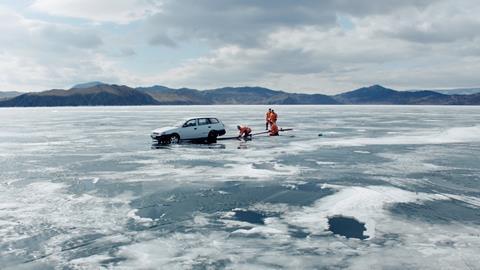 As scrutiny on green issues grows, broadcasters and content creators are finding different ways to talk about climate change. 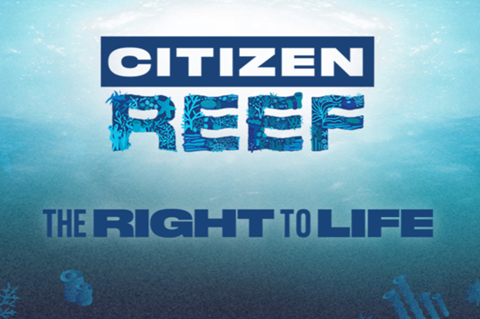 “It’s an issue people have been talking about for decades, but it’s never felt more urgent or more in need of a solution,” says Sarah Whitehead, on the subject of climate change.

Sky’s News’ deputy head of newsgathering believes that environmentalism and sustainability are subjects that have surged to the top of news agendas due to a confluence of factors.

The UN’s Intergovernmental Panel on Climate Change (IPCC) report, published last October, concluded that we have 12 years to limit the climate change catastrophe.

“Public attitude has taken on more of an urgent feel – and we wanted to respond to this, “says Whitehead.

The broadcaster’s approach, she explains is not doom mongering but to simply explain the science behind climate change and also to look at some of the things that can be done to reverse the damage.

This has included a series of programmes and live coverage under the Sky News segment ‘A New Climate’ which focuses on what viewers can do to address the climate change emergency.

One of the main challenges for the news team was to illustrate the science without travelling all over the world and raising the broadcaster’s own carbon footprint.

“We decided to try and find different people within the UK - not the usual suspects - but people who already had big audiences and a different perspective,” Whitehead explains.

Candidates included YouTuber and atmospheric physicist Adam Levy, who illustrated the effects that even a small rise in climate change can have by using the human body as a metaphor.

Sky Science Correspondent Thomas Moore was duly dispatched to a lab heated to 36 degrees (and rising) as he pedalled on an exercise bike.

In another report Levy demonstrates how extreme weather is exacerbated by climate change by placing popcorn kernels in a microwave oven.

Addressing some of the main questions people have around making changes to reduce their carbon footprint was also crucial, Whitehead adds: “Questions such as, ‘What it’s going to cost us?’ and ‘Who is going to pay for it’?”

One report which resonated with viewers was Sky reporter Helen Ann Smith’s attempts to live a carbon neutral life with the help of Co2 footprint expert Mike Berners-Lee.

A New Climate is also working on a “big digital project” according to Whitehead and the regular feature will continue to generate monthly reports - with the next one focussed on the US.

The Sky News team this week announced its first ever Climate Change correspondent, with Hannah Thomas-Peter appointed to the role.

Entertainment with a message
In its drive to promote environmental change, Dutch public Broadcaster EO is also on a mission to educate audiences, but the message needs to be both subtle and entertaining, according to Jacomien Nijhof. 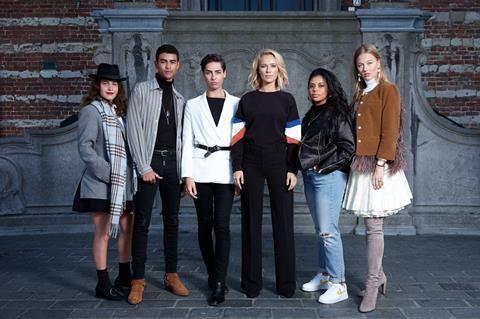 EO’s manager of Innovation and Fiction explains: “Sustainability is not a sexy topic and if you want to aim for a broad audience then you need an approach that makes it entertaining.”

“Sustainability is not a sexy topic… so you need an approach that makes it entertaining.” Jacomien Nijhof, EO

Nijhof adds that it’s about “finding the soft spots and spicing content up with elements that they’re already drawn to, and then finding the right channels and platforms”.

As a case in point, for NPO3’s youth show Screwed, EO tackled sustainability by inviting five fashion influencers to design a collection for Amsterdam Fashion Week – offering them trips around the world for inspiration.

The ruse was that these trips were to factories in India where their favoured fast fashion garments are made in harsh conditions, and the real challenge became to produce a more sustainable line.

“Casting the right combination of influencers was crucial for this show, – they needed to be funny and to work well with each other – while the show makes a serious point, but we still need that entertainment factor,” she adds.

Another environmental issue very close to home for Nijhof has been rising water levels in the Netherlands and EO’s scripted hit Waves shows how fiction can also have an impact on the political agenda.

The drama looks at what would happen if the nation’s dykes broke, leading to a biblical flood across in Netherlands.

The show’s impact has been far reaching, with the country’s Minister of Water Management giving a public a talk about improvements to the current water protective system and ways in which people can reduce their Co2 emissions to ensure that water levels don’t rise as fast as they did in the TV series.

Children’s
Factual formats such as the BBC and Keo Films’ War on Plastic with Hugh and Anita and Hugh’s War on Waste are also empowering audiences with practical ways that they can help save the planet.

It was this style of format that inspired Australian-based producer Sally Browning at Emerald Films to create a children’s version, after her own son raised concerns. 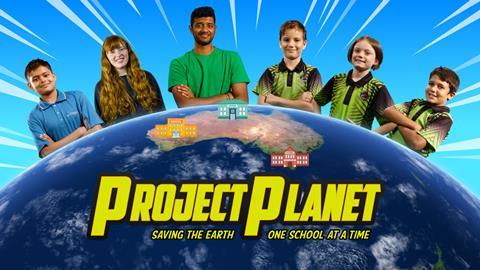 Project Planet: Pioneering educational show for kids on the environment

Each week these “waste warriors” progress their goal to reduce waste in all its forms while rising to surprise challenges – such as looking at ways in which they can get rid of old electronic items.

The show’s tagline is ‘Saving the Earth, One School at a Time’ and Emerald and its distributor Raydar Media have ambitions for the 8x30 minute series to become a global TV format.

However, there are challenges, according to Alison Rayson, Raydar Media’s managing director

While the series has been picked up by other digital channels such as the iFlix platform in Middle East and Africa, not one of Europe’s leading broadcasters appears to be running with its own localised kids show that shares best practice and entertains.

Rayson adds that generally, broadcasters are still struggling with how best to reflect climate change issues – especially in the competitive realm of kids TV, and she feels that this is a missed opportunity.

“Despite the immediate interest, TV buyers, much like the world’s governments, are pontificating still on how the subject of climate change fits into their agenda where competition to retain pre teen and YA audiences is at its fiercest,” she notes

Planet Placement
Aaron Matthews, Bafta’s head of sustainability, also thinks broadcasters need to look beyond news programmes in their efforts to “raise the issues and show the actions”. But he argues for a more subtle and wide-reaching approach.

This May Bafta and Albert (the UK organsation’s sustainability arm) launched Planet Placement, a guide that encourages factual entertainment producers and drama and comedy writers to embed sustainability messages into their scripts.

“Most of the examples are more subtle than explicit programming about climate change,” says Matthews. “The reason behind that is that we believe we need more programmes about the solutions rather than the problems, and that calls for fashion, food, travel, money etc. programmes with a climate angle.”

“We need more programmes about the solutions rather than the problems” Aaron Matthews, Bafta

Two years ago, the world’s most-watched social video creator launched its award-winning campaign Trash Isles, which highlighted the global problem of plastic pollution in oceans by declaring an accumulation of plastic in the Pacific Ocean as an official country.

Supported by the Australian Marine Conservation Society and the Oceanic Preservation Society, the campaign petitions the government to give the reef citizenship to grant the reef “the same rights and protections as every other Australian citizen…including the right to life.”

Since Blue Planet 2 raised the issue of how plastics are slowly killing the world’s sea creatures, other films and campaigns around ocean health having rapidly been gaining traction.

It’s an issue Sky has been campaigning for since early 2017 when it launched Sky Ocean Rescue – an ongoing company-wide initiative to provide innovative solutions to the problem of ocean plastics.

Figures released by the broadcaster show that more than130m people have engaging with the broadcaster’s #PassOnPlastic campaign, with 46m people aware of the campaign across all of Sky’s European territories.

Sky’s most recent endeavour was Ocean Live, which broadcast news and live reports from a mini submarine submerged 442ft deep in a remote part of the Indian Ocean.

One report focussed on the Aldabra - the world’s second large coral atoll –which has seen 1000 tonnes of plastic washed up on its surface – 55 tonnes of this is flip flops which giant turtles are mistaking for food.

But, according to Whitehead, the main idea behind the broadcasts wasn’t just to highlight the plastics issue but to show the audience how beautiful marine life is.

“Because that’s what really encourages people to make changes – showing them the wonder of the oceans – so we took our audience live – where no one else has ever been able to,” she adds. 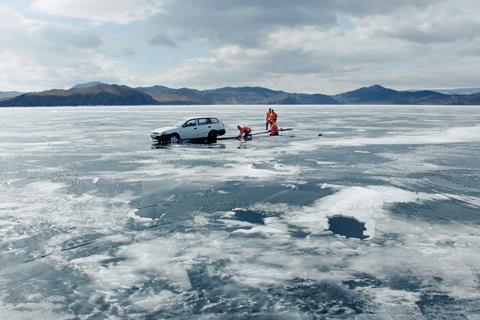 Aquarela: Shot at 96 frames per second, a still from the scene on Lake Baikal in Siberia, where a crew of workers are trying to get a sunken car out of the water

To this end, showing water in all its visceral beauty was the approach that director Victor Kossakovsk took for his 2018 feature Aquarela - made through Aconite Productions – which takes cinema audiences on a journey through the beauty and raw power of water.

Kossakovsky and his cinematographer Ben Bernhard capture water’s rapid, crystalline fluidity of movement at a rare 96 frames a second. The film is a testament to how technology can help create crisp imagery and an immersive experience that allows audiences to read what environmental warnings they may.

Interested in the media’s approach to climate change? Find out more in the Green Screen: Saving the Planet One Programme at a Time Lounge Talk at IBC2019.