CTOs upbeat on AI and 5G 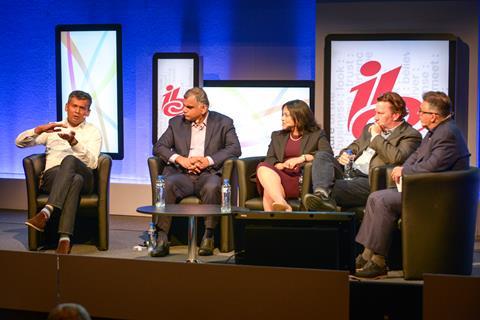 The use of machines to perform basic jobs which would ordinarily be done by a person is turning out to have a wide range of useful applications, said Liberty Global CTO Balan Nair, speaking at IBC’s CTO Roadmap

“Where AI is coming in for us is with customer interactions,” revealed Nair.

“There are plenty of customer management processes where no humans [other than the customer] are involved and the consumer is none the wiser – unless the interaction is really complex.”

News Corp deputy CTO Latha Maripuri said that AI was “way more than a buzzword” and that News Corp was actively looking at how it might be incorporated. “Digital advertising is proving to be a very concrete use case for AI, and we looking at integrating more supervised machine learning.”

Liberty Global’s Nair was also upbeat about the prospects for services based around high capacity 5G technology.

Nair admitted that the economics of 5G “don’t’ make sense at present”, but predicted that it would be a “true step change” in mobile.

“AR is a lot more user friendly than 3D”

“One big benefit is its greater bit rate. It’s optimised for lots of bandwidth and you’ll be able to pack a lot more technology into 5G devices.

“But it needs hundreds of thousands of towers – and that’s going to be expensive. That is the challenge of 5G – lots of promise and lots of cost.

Discovery Communications CTO John Honeycutt confirmed that Discovery was focussed on the launch of 5G services as part of its Olympics coverage in 2020.

Nair added that the hype and crash of 3D would not be repeated with AR and VR technology, which also had a big future. “AR is a lot more user friendly than 3D. And remember the importance of the demographic shift. Kids really get it.”

Discovery’s Honeycutt added: “You will definitely see us with AR and VR in graphics and anywhere where consumers want it to be. AR is certainly proving a very useful tool in sports – explaining what’s happening.”