Direct view LED displays promise greater luminosity and lower running costs, but will the high cost of installation and audience appetite for crisper images support rollout of the Samsung and Sony-backed technology?

Theatrical exhibition has continued to innovate over the last 120 years with immersive sound, stereo 3D, digital film prints, even moving seats and environmental rain and wind effects, but the fundamental design which pairs a projector and a screen hasn’t altered one bit. Until now. 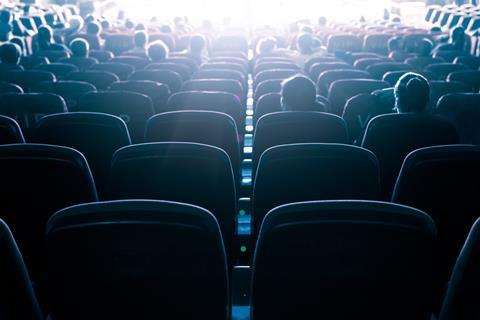 Projection technology has evolved from carbon-arc illumination through nitrate film, to xenon arc lamps through acetate to digital projectors with laser illumination. But the next generation of movie theatres may include direct view displays or even holographic-like imaging from light-field displays.

This startling realisation was a major theme at the SMPTE Future of Cinema conference last month where Michael Zink, VP Technology for Warner Bros said the industry was “at a point of potential disruption” as it shifted away from century-old projection.

Only a year ago, Samsung stunned the industry by unveiling a cinema screen composed of multiple LED panels in which back-lit content is displayed. Since then, the screen has passed DCI compliance certification meaning that studio releases can be distributed to Samsung-Cinema outfitted venues.

At CinemaCon, the essential cinema owners trade fayre in Las Vegas which took place towards the end of April, it was clear that the speculative tech, also known as Direct View or Active View, is being taken very seriously indeed.

Samsung’s Cinema LED screen is now installed in six sites worldwide with the prospect of further sites to open soon.

Essentially test sites, although in commercially operating cinemas, two are in South Korea (the home of Samsung), others in Thailand, Switzerland and China where Samsung has a deal with the world’s largest exhibition group Wanda to convert another site in Beijing. The first screen in the US, at Pacific Theaters Winnetka in Chatsworth, California opened earlier this month.

Far from the initiative of one vendor, Sony is commercialising similar technology originally developed for the automotive industry. At NAB, Sony’s booth was dominated by a Crystal LED video wall in an 8K x 4K (and 32 ft. x 18 ft) configuration. The DCI certification process is underway and so is compliance testing.

“It flips the traditional approach to cinema experience and business model upside down,” says Phil Clapp, president of the International Union of Cinemas (UNIC). “It is materially different to anything we’ve seen before.”

So why all the fuss? Direct View screens hold several benefits to exhibitors and filmmakers.

The LED screen installed in Zurich is 10.2m (34ft) by 5.4m consisting of 96 individual 4K (4,096 x 2,160 pixels) panels with 24 million LEDs (built in tiles of MicroLEDs). The luminosity of the wall is said by Samsung to be ten times stronger than that of conventional projectors. In other words, its light output has an intensity of 146 fL (foot-lambert) or 500 nits even in 3D which in standard cinema suffers from a lack of brightness and resolution.

With each individual pixel capable of being switched ‘on’ or ‘off’ the contrast ratios are rated far more than projection which inevitably sheds ambient light on the way from the projection booth to screen.

Sony and Samsung claim their LED screens have a contrast ratio of a million to one. In turn, this makes LED ideal for displaying High Dynamic Range (HDR) which right now is the number one aesthetic enhancement being used to boost audience experience (and, it’s hoped, box office performance) in theatres.

Samsung has allied with France’s Ymagis Group to offer cinema owners the option of installing its LED screen with the latter’s ÉclairColor HDR systems “to showcase bright colours, pristine whites and deep blacks accurately and without distortion,” according to a Samsung statement.

Ymagis’ cinema services company CinemaNext markets the ÉclairColor HDR system independently, but the partnership is a further stake in the ground for Samsung as it seeks to roll out its technology.

More mastering
Mastering movies in HDR for Samsung Cinema would though add yet another format to a studio’s already hefty roster of deliverables.

In a bid to alleviate concerns, Samsung is seeding the post-production market so that filmmakers can view their work on an LED display. As reported in The Hollywood Reporter, Hollywood’s first digital intermediate suite to offer a Samsung LED screen recently opened in Santa Monica.

Direct view screens are further capable of playing back 8K (or higher) resolutions and higher frame rates (60p is possible now, 120p later), two technical attributes which are beyond the capacity of all but a handful of specially configured projection systems (such as the theatres re-equipped to show Ang Lee’s Iraq war satire Billy Lynn’s Long Halftime Walk).

Filmgoers have not taken to seeing films in high frame rates but more attempts will be made, by James Cameron perhaps with the Avatar sequels, to push back the 24 fps convention. Arguably a screen more in tune with that of television could help make the astonishing ‘realism’ of the image more palatable for audiences.

Since the screen is modular it can be configured to pretty much any size, including at different sides of the auditoria. And as Samsung make curved consumer LED displays there are also opportunities to create new cinema surfaces, domed overhead perhaps.

However, the jury is out on such experiments: a multiscreen exhibition format using three projectors marketed by Barco as ‘Escape’ went out of business in February but LED screens could offer exhibitors a more economical solution.

Not discounting saving physical space, lamp replacements and less need for maintenance, the lifecycle of a LED screen is reportedly around 87,000 hours – nearly triple that of the newest laser projector. Plus, you need not refit the whole screen, just swap out one panel at a time. All this with apparently reduced average power consumption compared to a conventional projector.

“While it does put off some due to its TV-like nature, some cinemas are following the current testing and mood music closely,” says David Hancock, Director of Research and Analysis, Cinema & Home Entertainment, IHS Markit and president of European Digital Cinema Forum.

There are a few downsides that are still not resolved: One is playback of audio, which in standard projected systems is able to played out from central speakers through tiny perforations in the screen itself. Samsung has sought to get around this by acquiring sound specialist Harman and placing speakers directly above the LED screen and an additional speaker in front that bounces high frequency sounds off the screen to create what it calls ‘Sculptured Surround’. The audio mastering for this arrangement is currently bespoke.

Another issue is cost, about which Samsung is coy. “There is no hard figure in the public domain and this may come down as installs are made,” says Hancock.

There is also the issue of format complexity. Cinema owners are struggling as it is to find the funds to upgrade auditoria and may not want to mix in another format alongside Xenon digital, Mercury digital, RGB Laser and laser phosphor.

“Exhibitors need to look very carefully at the cost/benefit of each option for each of their screens and this may well end up with a very complex installed base of screens in cinemas,” says Hancock.

“Having options is good, but cinema has worked on a standardised basis up to now. The industry is looking at the impact of this.” 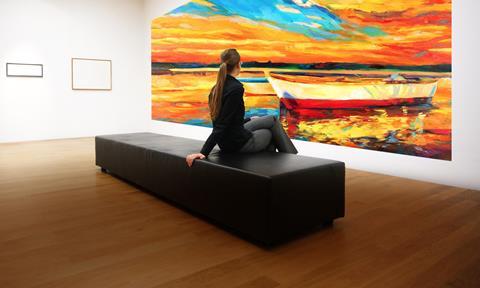 Sony, for example, must balance its marketing carefully in order to sell its next generation of 4K laser projectors. Bob Raposo, Head of Theater for Sony Professional Solutions Americas said, “HDR-ready 4K laser systems represents the next phase of projection and Crystal LED is the future of the premium viewing entertainment.”

Having only recently gone through the transition to digital from film prints, exhibitors are on the lookout for innovation which will keep attracting audiences.

In terms of sheer baseline quality since the digital transition, what the average viewer sees in a movie theatre is of unarguable consistently higher quality than in the film world. Physical prints degrade, mechanical projectors get out of alignment. Digital is consistent.

However, it may not be a cocktail of technical specs which keep cinemas in business but rather the audience’s emotional responses – and this is highly subjective, says Nato, the influential National Association of Theatre Owners in North America.

“Reflected light images have been the sine qua non of the theatrical experience. How do audiences react to emissive displays?” poses Patrick Corcoran, VP & Chief Communications Officer for NATO.

“We don’t have any idea yet. Consider the experiments in High Frame Rates. The advantages touted including clarity and elimination of blurring in motion, especially in 3D. Yet audiences were not moved – indeed, some were put off by what they perceived as video-like quality; it looked like TV. In other words, it is how filmmakers make use of a technology, not a numbers-based “fix” that may be needed to capture the imagination.”