Diversity was a key topic at the IBC2019 Lounge Talks as speakers looked at gender equality, LGBT representation and neurodiversity. 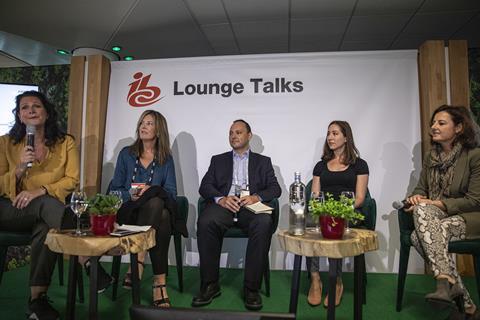 The topic of diversity was top of the agenda at IBC2019 as the industry discussed ways of promoting people minority groups in media and broadcast.

The industry must move beyond a “tick-box” approach to diversity and find a “balanced pipeline” according to an IBC2019 Lounge Talk on Digital and Diversity: The secret sauce in delivering innovation?

The talk saw speakers from Google, DAZN, the Broadcast Press Guild, and Reed Smith talk about how the industry can create a culture to thrive that doesn’t exclude anyone.

As DAZN’s Jessica d’Ardenne said: “Engaging and reflecting the inclusive nature of society in the workplace instead of working to a formal system of tick boxes,” is how business operations fundamentally need to be structured to succeed.”

Find the full write-up of the session here:

Solving diversity beyond the tick boxes

Flying the rainbow flag
Also discussed was how to increase the visibility of LGBT workers across the media tech sector, which was labelled by “too straight and too male” by another panel session.

Companies in the media and broadcast tech space should follow the example of broadcasters such as Channel 4, by setting up corporate LGBT networking groups to encourage diversity, speakers during the Flying the Rainbow Flag Lounge Talk said.

Visibility of LGBT is still very low in technology companies, said Angus Wyatt, commercial partnerships executive at UK broadcaster Channel 4 and chair of its award-winning 4Pride LGBT and employee networking group. “I see many more out LGBT people on the creative side of the industry but not on the tech side. Maybe those companies are not so open. Maybe they are not out. It’s still a very straight, male dominated world.”

Thinking differently
Diversity in the way we think was also a key topic discussed in the Lounge Talks, with the industry warned it must reassess work practices to see the benefits of neurodiversity. 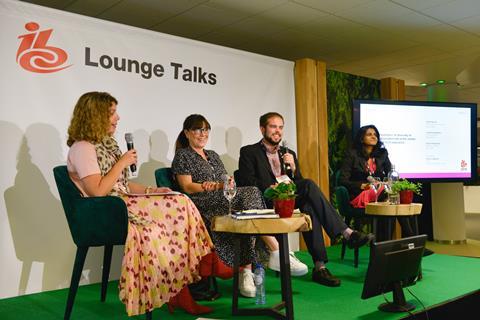 Neurodiversity: The importance of diversity of thought

The panel, titled The importance of diversity of thought, featured speakers from Reed Smith, Bauer Media and Microsoft.

While companies such as Bauer Media and Microsoft are setting up employer support groups to reach out to the different communities who already work for them, Diane Lightfoot, chief executive of the Business Disability Forum, who chaired the panel urged all media firms to think about how they recruit staff too.