Editing in the era of seamless VFX

The creative talent responsible for VFX and editing of big screen blockbusters Maze Runner: The Death Cure, Downsizing and Paddington 2 discuss their craft.

‘Ambitious’, ‘challenging’ and ‘phenomenal’ were terms used by film editors and VFX supervisors to describe the changes in editing afforded by recent technological advances.

What was once impossible is possible, without looking unrealistic, explains Matt Sloan VFX Supervisor for Maze Runner The Death Cure (MRDC). 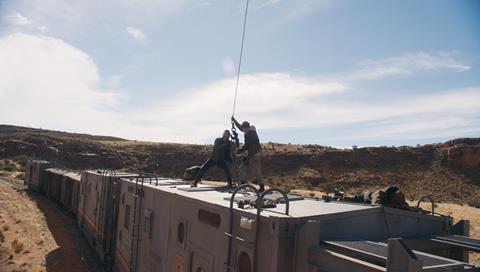 The Death Cure concludes the Maze Runner Saga in an action thriller mission based on the novel by James Dashner. A dystopian science-fiction city provides the backdrop for a group of friends as they search to find a cure for a fatal disease set amongst a deadly maze.

Sloan said the intention early on for MRDC was to ensure VFX were so well integrated that they passed by unnoticed.

Joining the production team at the time of breaking down the script, Sloan worked to find the most cost effective way to shoot the sections of the movie and focussed on the scenes that contained the larger VFX sequences.

“One of the exciting aspects of VFX is that the technology is always changing,” Sloan says. “It can sometimes be hit and miss, but you will see such startling jumps in technology that it makes it a very exciting industry to be in.”

With the cost of professional VFX software and equipment continuing to drop, major players are finding it more and more difficult to stay competitive because of the lower entry barrier and the greater source of competition across the industry.

Sloan says: “This is having a positive and negative effect… The next three to five years in VFX are going to be telling.

“Producers will be able to get a lot more bang for their buck. However, on the other hand, it is going to result in companies, both old and new, having to restructure dramatically or got out of business.”

Sloan explains that the driving force behind a successful film is the creative shots and skilled artists driving the technology.

He explained previous movies he has worked on had heavy VFX sequences to create over-the-top spectacles and impressive action sequences, for example the X-Men movies employed VFX as show-stoppers and were a key part of the film.

Sloan continued: “For the large action opener at the beginning of MRDC we had to propose and plan a way to realistically make the protagonist look like he was on high-speed moving vehicles when in fact we were going shoot the scene completely stationary on green screen. We also had scenes that needed to be handled very carefully shot-wise if they were to believable.”

The opportunities VFX and CGI offer changes the post-production workflow and enables greater flexibility with integrating and layering over live content. 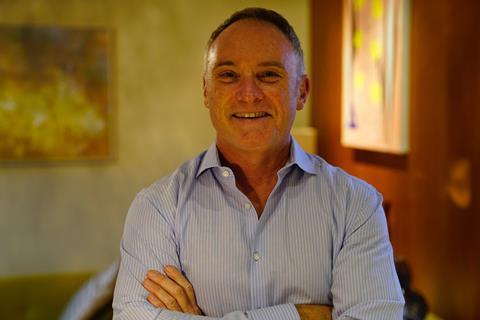 He says the approach in cutting Downsizing was a different style to his previous credited work, which includes The Descendants and Sideways.

Tent said: “The film business has been changed by technology, it is effecting our lives in a huge way with increased workloads because of the greater volumes of footage easily obtained.”

Tent started out working with 35mm film with slicers and tapes, and the evolution to digital has transformed the business.

He says with technology streamlining many processes there are new roles and opportunities.

“The guiding principals of our cuts were performance related, shaped by the actors because the scenes needed to be believable and sincere.” 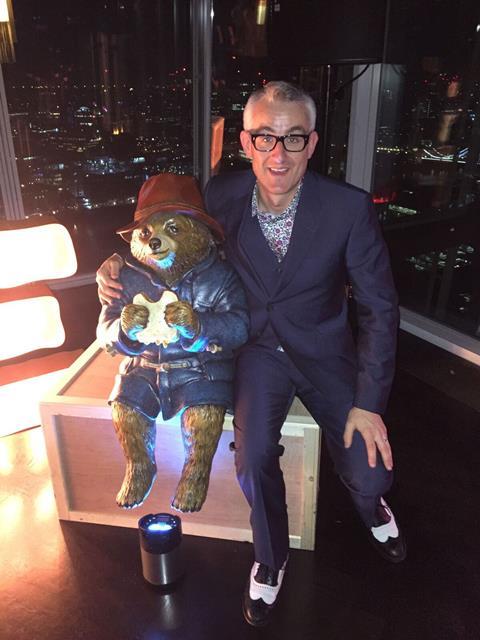 This is eminently true for Paddington 2 Editor, Mark Everson who said the challenges working with computer generated imaging (CGI) resulted in multiple cuts of sequences and an incredibly ambitious workflow.

He explains the handover sequence from on-set production to the VFX department required “phenomenal CG take over” which usually took three weeks to establish the plates and 3D space. The CG needed to be edited to adjust to the object, people, shadows and the films subtilties to sit within the frame.

Everson said the required skillset for creating Paddington 2 was different from the timing and turnover of scenes to the daily workflow, which was constantly changing.

He says: “Paddington 2 was a very challenging timeline in the sense there is a lot of background plates, animation plates and CGI elements.

“The timeline is hefty with more than three video layers which resulted in a hectic and tight deadline.”

He says: “We pushed the limits as the technology wasn’t designed to animate and we needed it to be compatible with the timeline.”

Downsizing challenged and pushed the boundaries for the post-production team. Creatively Tent and his team were challenged with some tricky scenes having to be restyled and cut numerous times which resulted in back and forth between the edits.

Tent used Avid used Media Composer version 7.0.6 because he wanted to use ScriptSync, which at the time was not available on newer versions. Tent says the script tool allowed flexibility to search and find line readings instantly.

Tent said: “It throws it right into the source monitor, which is really good for making changes and reviewing tapes.”

Sloan echoed the requirement to push the boundaries for MRDC. To make a spectacular film with subtle yet strong VFX and expand the world and captivate audiences was key.

Sloan worked with Weta digital, “because of the very short amount of time we had for post-production the data from set was paramount,” Sloan said.

“We used drones carrying an Alexa Mini for large scale photogrammetry and tile plate shooting from different altitudes to become base plates for our CG backgrounds.

“In post-production Weta Digital utilised a host of equipment and software including Maya for 3D and animation, Nuke for compositing, City Engine for city footprint layout, Mari for texturing and Manuka for rendering.”

Sloan explained the process of gradually generating the city in CG, layering the acts for the film and applying extensions and digital doubles throughout the sequence to flesh out the photography. 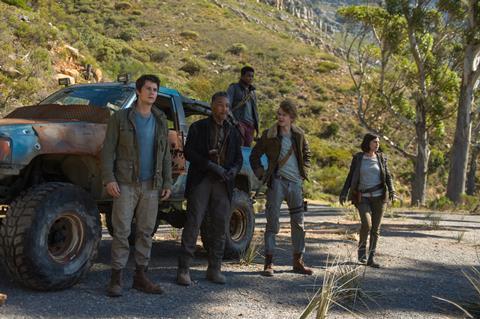 Sloan explained the short amount of time for post-production required a quick turnaround for VFX and CGI integration which was challenging.

Employing technology efficiencies throughout the production lifecycle allows a wider variety of creative freedom and films that push the limits.

Tent agrees, without the technical opportunities the production qualities wouldn’t have the same outcome.

He said: “Downsizing would not have been possible without the transformation of digital technology. It is amazing what we can do today, things move so quickly, we can shoot and have the clips instantly in our cutting room to edit and make changes within a couple of minutes.”

He said: “One of the greatest advances is how the ideas and techniques of VFX are now so much more accessible at a lower price point to other creative departments.”

Sloan explains his biggest takeaway from working on the MRDC was “sometimes less-is-more”, he explained the VFX team “managed to expand the Maze Runner world by adding to the set pieces that were already there, expanding them beyond what was possible without looking impossible.”

He said the technology employed from the art and costume departments are directly benefiting the entire production chain from design to 3D printing.

“It allows the sharing of common information and allows for a much faster and more robust pipeline creating a more efficient production of the shots themselves. We save a lot of time translating, re-designing and remodelling concept shots,” Sloan said.

Read more What’s new in the world of grading?