Super Bowl LIV will see Fox and its partners offer 4K HDR for the first time. But it won’t be shooting in native 4K. James Pearce investigates. 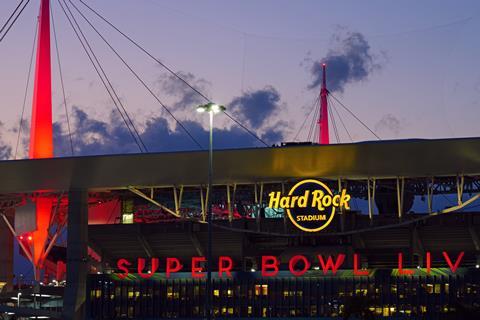 4K and high dynamic range will be among the new technologies on display during the broadcast of Super Bowl LIV this weekend.

The NFL championship game – which will see the Kansas City Chiefs square off against the San Francisco 49ers in Miami – will be available in the US through cable and satellite from several providers.

Fox Sports has the rights to the Super Bowl, and it recently announced that it will be delivered as a 4K HDR signal to pay-TV providers including DirecTV, Dish Network, Comcast Xfinity X1, Altice Optimum and Verizon Fios.

US subscribers to those services may be able to watch the game in 4K – if their subscription includes access to 4K HDR quality and they have a TV or device that supports the format.

The 4K broadcast will also be available through a number of streaming services, including the Fox Sports and Fox Now apps, as well as Apple TV boxes, Roku players and integrated TV services such as Roku TVs and Amazon Fire TV.

Fox won’t be shooting the game in native 4K. Instead, Fox Sports will broadcast the game and half-time show (as well as its pre- and post-game coverage) natively in 1080p/60 frames-per-second HLG (Hybrid Log-Gamma, an HDR standard). Then Fox will upconvert it to 2160p/60fps for the 4K/Ultra HD version.

Speaking at the SVG Summit in December, Fox Sports VP of field operations/ engineering Kevin Callahan said Fox will follow the model it used for its Thursday Night Football show in 2019, producing the game itself in 1080p, 60 frames-per-second HLG (Hybrid Log-Gamma). But this will also include the in-studio broadcast and half-time show.

Asked why they weren’t producing it in 4K, Callahan’s colleague Mike Davies, also speaking at SVG, explained that there are a lot of good reasons that 60FPS coverage of sports looks better when it is not shot in 4K.

“Pixel offset” is one reason he mentioned for 60fps coverage, meaning that the more frames you get, the more times the refresh happens, he added. This means if you’re panning from left to right, the pixels will not blur as much. In 4K, at 60fps, you will see more blur in action shots.

“We must remember to serve the greater audience, which will be more than 100 million people, and make sure the experience is good for them too,” he added.

One of the big differences between the Thursday Night Football show, which Fox won the rights to in 2018 and shows NFL games throughout the season, is the Super Bowl will be Nielsen watermarked. 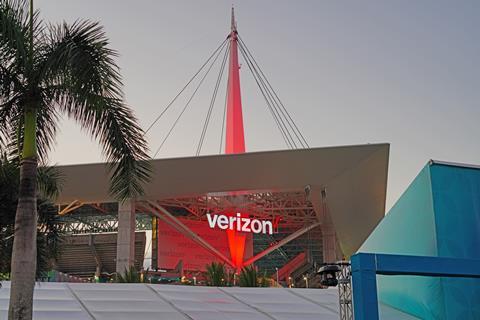 Verizon: One of the five pay-TV providers to broadcast the Super Bowl LIV over a 4K HDR signal

More HDR
It marks a wider trend for showing major sports events in HDR. In the UK, BT Sport has begun to offer its coverage of the Premier League in UHD HDR through its BT Sport Ultimate channel. This followed a trial broadcast for the 2018/19 Champions League final.

“If you go and buy a TV now the chance is that you will be getting a 4K HDR set,” said Mailhot, “but I would be willing to bet that on the first day of the Olympics there will be a big increase in the number of people doing Google searches about how to watch the coverage [in UHD HDR]. The kind of event channels [that surround sporting events] are great for improving awareness.”

According to a forecast from the Consumer Technology Association, sales of 4K UHD sets will reach 25 million units in 2020 in the US, an annual 12% increase driven in part by replacement upgrades and bigger TV screens that support those formats.

Fox’s Davies agreed the industry was at an “inflection point” when he spoke at the SVG Summit.

“We’re doing more and more in UHD. End of story. Every year, we’re slated to do even more, and we just need to work out when that distribution model will make it available for a wider audience.

“For now, it will be an ever-increasing slate of live events [broadcast] in UHD.”

Key partners for Fox include Game Creek Video who have worked on the OB truck side with Fox for the entire NFL season. They are primarily using Sony cameras including the Sony HDRC-4000, with 20 high frame rate cameras deployed for the game.

They will also deploy three Skycams, two of which will be rigged to spires at the Hard Rock Stadium in Miami, Florida.

“One thing we’ve learned through this process is it is entirely possible to overcomplicate things and trip yourself up with something you don’t expect,” added Callahan. “We’ve taken lessons from Gold, the World Cup, from NFL 2017 and this show is building on top of all of those. So hopefully we’re taking the best in breed and those lessons and applying it [to Super Bowl LIV).